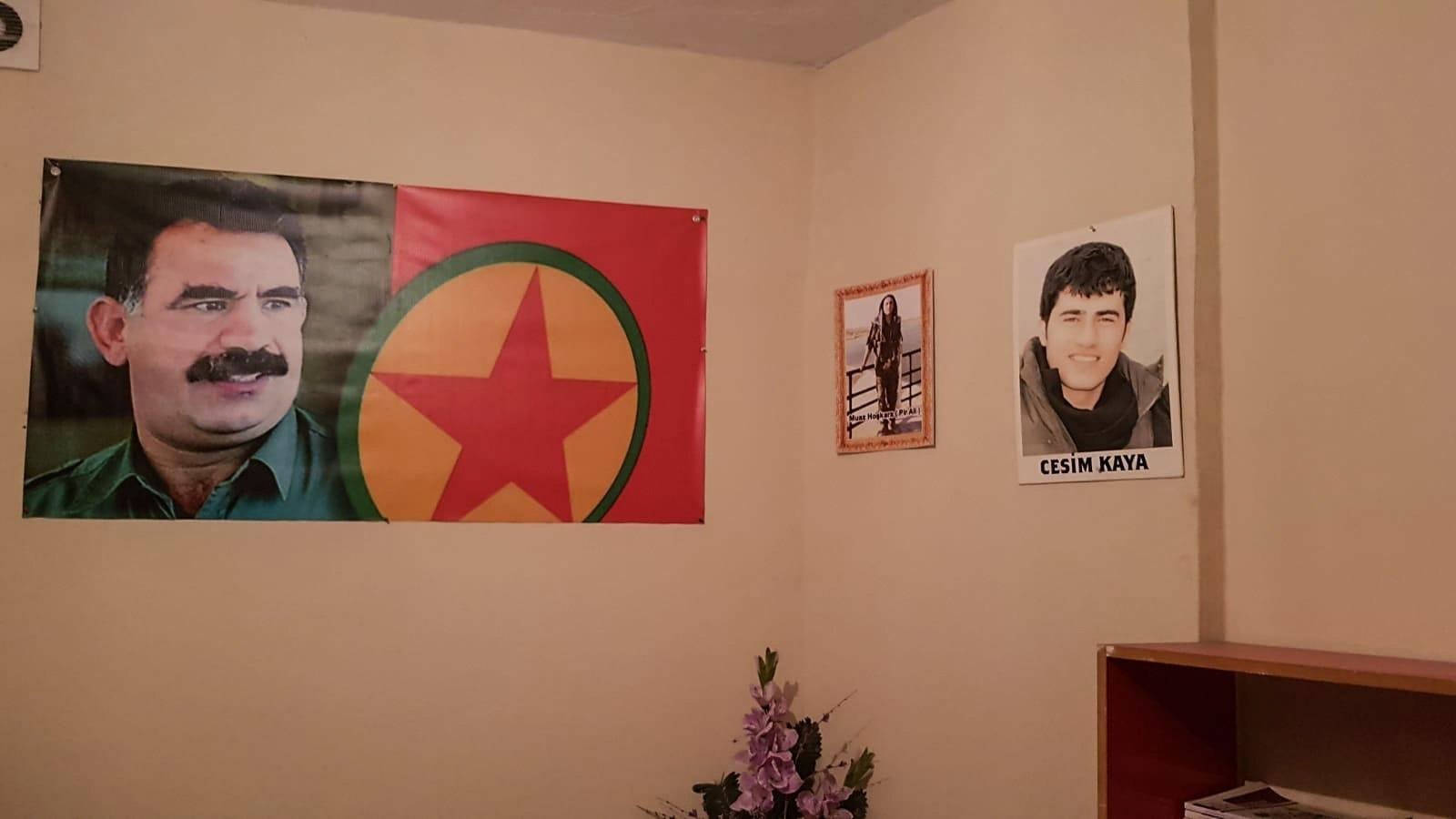 An operation was launched to find those responsible for terrorist propaganda at the pro-PKK Peoples' Democratic Party’s (HDP) building in the Esenyurt district of Istanbul, Turkey, Jan. 24, 2021. (AA Photo)
by Daily Sabah with IHA Jan 26, 2021 2:39 pm
RECOMMENDED

An operation was launched by security forces after posters of jailed PKK leader Abdullah Öcalan as well as material for terrorist propaganda were found in the HDP's Esenyurt headquarters.

After the incident, the co-chairs of the district, Ercan Sağlam and Dilan Kılıç, were detained, and a raid was carried out on the party headquarters.

Although they were released on late Sunday after their testimonies were taken by security forces, Sağlam and Kılıç have been detained once again, this time on the charge of being a member of a terrorist group.

The inquiry into the HDP co-chairs continues.

“In none of the world’s democratic countries can this be allowed,” Interior Minister Süleyman Soylu tweeted on Sunday together with a video showing the inside of the HDP building and the terror propaganda material seized.

He stated that the abuse of democracy is always possible and criticized Western countries for demanding that Turkey tolerate terrorist acts while they themselves would not allow such incidents.

Speaking on the issue, Communications Director Fahrettin Altun tweeted on the same day: “Once again we see that HDP means PKK. What will those that form alliances with the HDP say in the face of this footage?”

The following footage was taken at an HDP office in Istanbul last night.

It offers fresh proof of HDP’s ties to PKK, a designated terrorist organization in Turkey, the United States and the European Union. pic.twitter.com/j9vYDsOVQx

HDP mayors have also been accused of undermining municipal services, allowing the PKK to dig ditches in the streets and launch attacks on police and soldiers when the terrorist group adopted an urban warfare strategy in July 2015 and ended a two-year reconciliation period. HDP municipalities and their staff were also found to be actively participating in terrorist attacks launched after July 2015.

The party is also being accused of providing recruits to the terrorist organization by deceiving young people to join its ranks.