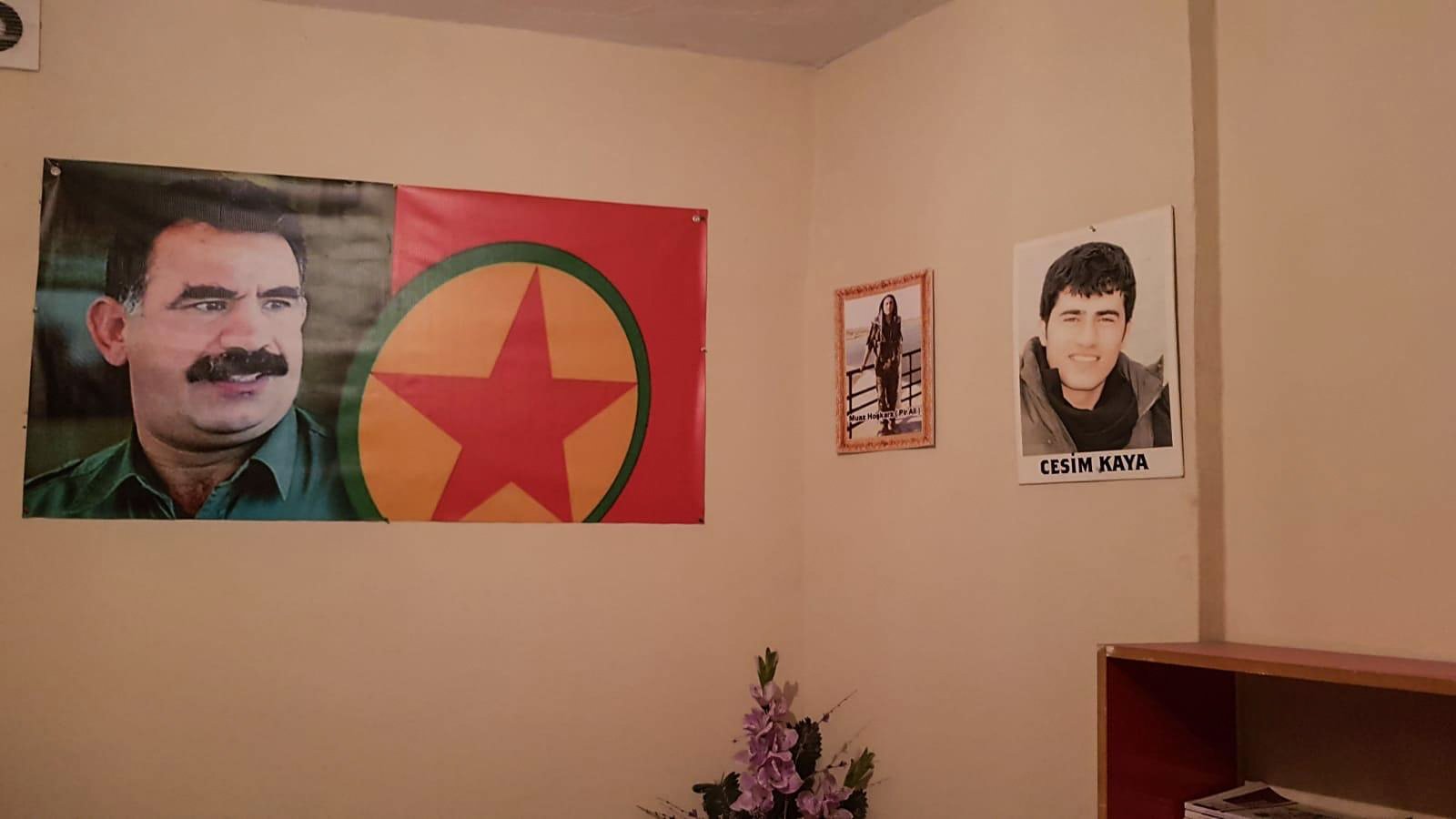 An operation was launched to find those responsible for terrorist propaganda at the pro-PKK Peoples' Democratic Party’s (HDP) building in the Esenyurt district of Istanbul, Turkey, Jan. 24, 2021. (AA Photo)
by DAILY SABAH Jan 24, 2021 12:44 pm
RECOMMENDED

An operation was launched by security forces after posters of jailed PKK leader Abdullah Öcalan as well as material for terrorist propaganda were found in the pro-PKK Peoples' Democratic Party’s (HDP) building in the Esenyurt district of Istanbul on Sunday.

Teams of the counterterrorism department of the police entered the HDP building after a search warrant was given by the chief public prosecutor’s office in Istanbul's Büyükçekmece district.

HDP Esenyurt heads Ercan S. and Dilan K. gave their testimonies at the police station for “making terrorist organization propaganda” and were released on conditions of trial without arrest.

“In none of the world’s democratic countries can this be allowed,” Interior Minister Süleyman Soylu tweeted on Sunday together with a video showing the inside of the HDP building and the terror propaganda material seized.

He stated that the abuse of democracy is always possible and criticized Western countries for demanding that Turkey tolerate terrorist acts while they themselves would not allow such incidents.

Speaking on the issue, Communications Director Fahrettin Altun tweeted on the same day: “Once again we see that HDP means PKK. What will those that form alliances with the HDP say in the face of this footage?”

The party is also being accused of providing recruits to the terrorist organization by deceiving young people to join its ranks.

“Is there still anyone not understanding why the Diyarbakır families wait in front of HDP buildings?” Altun said, commenting on the video.

Several families have been participating in a demonstration in front of the HDP’s main headquarters in Diyarbakır for over a year, claiming that the party supports the PKK terrorists' recruiting and kidnapping of youth.

The Kurdish families' sit-in began as a reaction to the PKK, the terrorist group that recruited their children, and the HDP, a political party the families argue is allied with the terrorist organization.