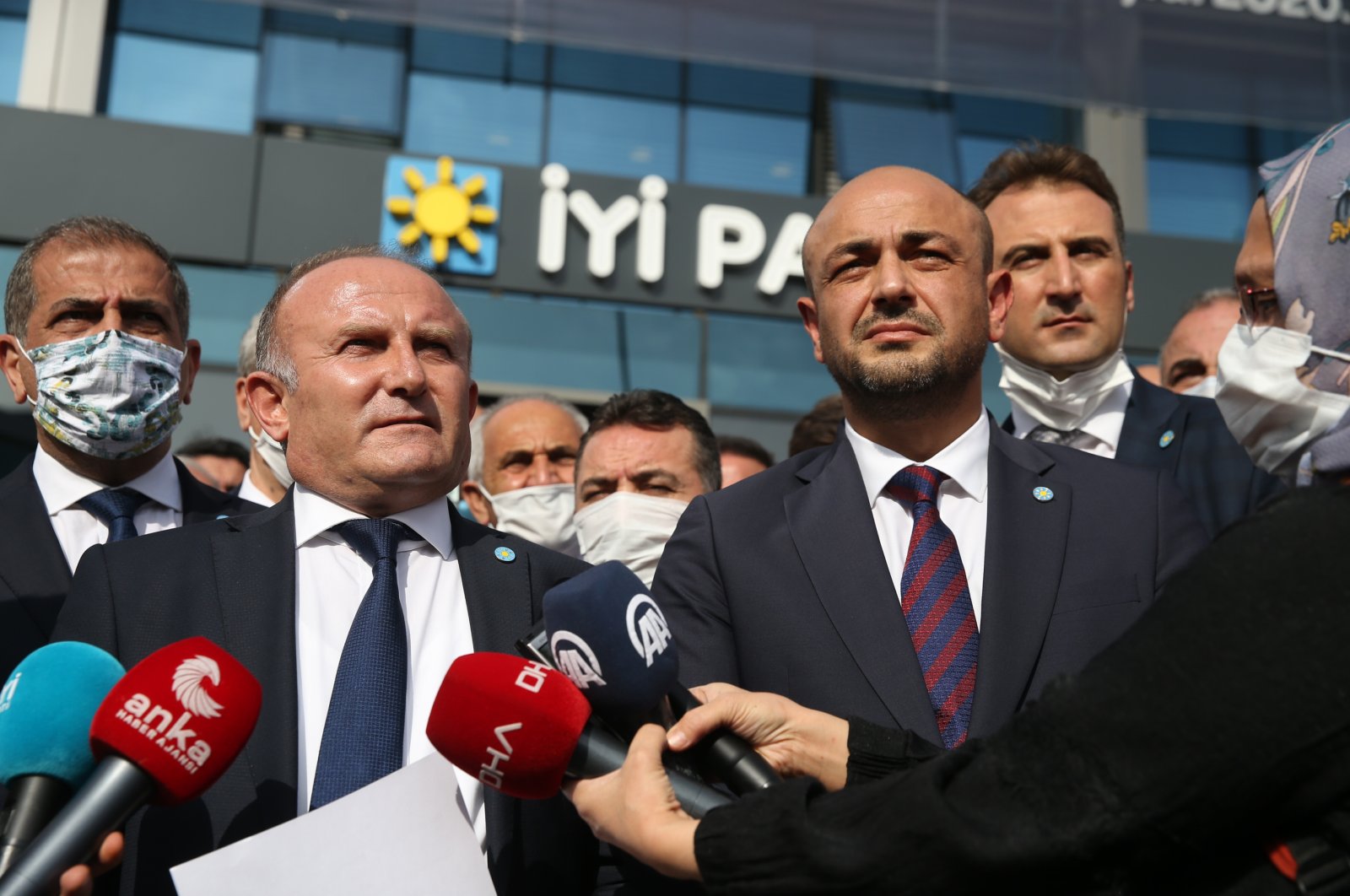 The Istanbul Public Prosecutor’s Office launched an investigation into allegations about the Good Party’s (IP) Istanbul Chairperson Buğra Kavuncu's links to the Gülenist Terror Group (FETÖ), while the party announced it has launched proceedings to dismiss lawmaker Ümit Özdağ, who made the allegations about Kavuncu.

According to Kavuncu’s lawyer Alper Akdoğan, the prosecutor launched the investigation on Oct. 22.

The accused party official made a statement on his Twitter account, saying that he does not fear explaining himself.

“This morning, my lawyers told the prosecutors that I am ready to give testimony and am expecting to do so,” Kavuncu said, adding, “I am ready to assist the exalted Turkish justice system and respond to slander.”

Kavuncu and several party members had also filed a complaint against Özdağ on Oct. 22.

Meanwhile, IP provincial chairpersons submitted a petition to expel Özdağ from the party.

IP Ankara Provincial Chairperson Yetkin Öztürk told reporters that they gathered to express their stance against the “unjust” allegations about Kavuncu.

“We are here today to submit our petition to the Disciplinary Committee and our party’s Chairperson as we will not let our party be worn out,” he said, adding that the petition specifies Özdağ’s statements are false.

Özdağ said in a live broadcast on CNN Türk late Monday that Kavuncu was the nephew of senior FETÖ figure Enver Altaylı.

“He (Kavuncu) acted as the deputy chairperson of the Turkish-Kazakh Businessmen Association, which is FETÖ’s largest nongovernmental organization (NGO) abroad,” Özdağ said.

“I made a warning before I joined the party and repeated my calls. (Minister of the Interior Meral) Akşener said the state had no information about it, but I say the state does not share every single bit of information,” Özdağ said.

Kavuncu joined the live broadcast over the phone and said he would file a criminal complaint against Özdağ’s claims after listening to them with “grief and anger.”

Meanwhile, IP chairpersons from around Turkey urged the party to dismiss Özdağ, as they pledged solidarity with Kavuncu.

After the elections on Nov. 1, 2015, when the Nationalist Movement Party (MHP) barely crossed the 10% national election threshold and lost half its deputies, Akşener – the party's then-vice chairperson – Özdağ and a number of other deputies called on MHP Chairperson Devlet Bahçeli to step down. After they failed to unseat Bahçeli following a heated judicial process, they left the party in 2016 to form their own.

The IP, founded by MHP dissidents, has faced accusations of backing FETÖ by its critics. Bahçeli has accused Akşener of having close ties to the group and the Good Party leader was also criticized for deleting tweets dating from 2013 in which she responded to FETÖ suspect Emre Uslu, who stated he wanted to see Akşener as a presidential candidate in the 2014 elections.