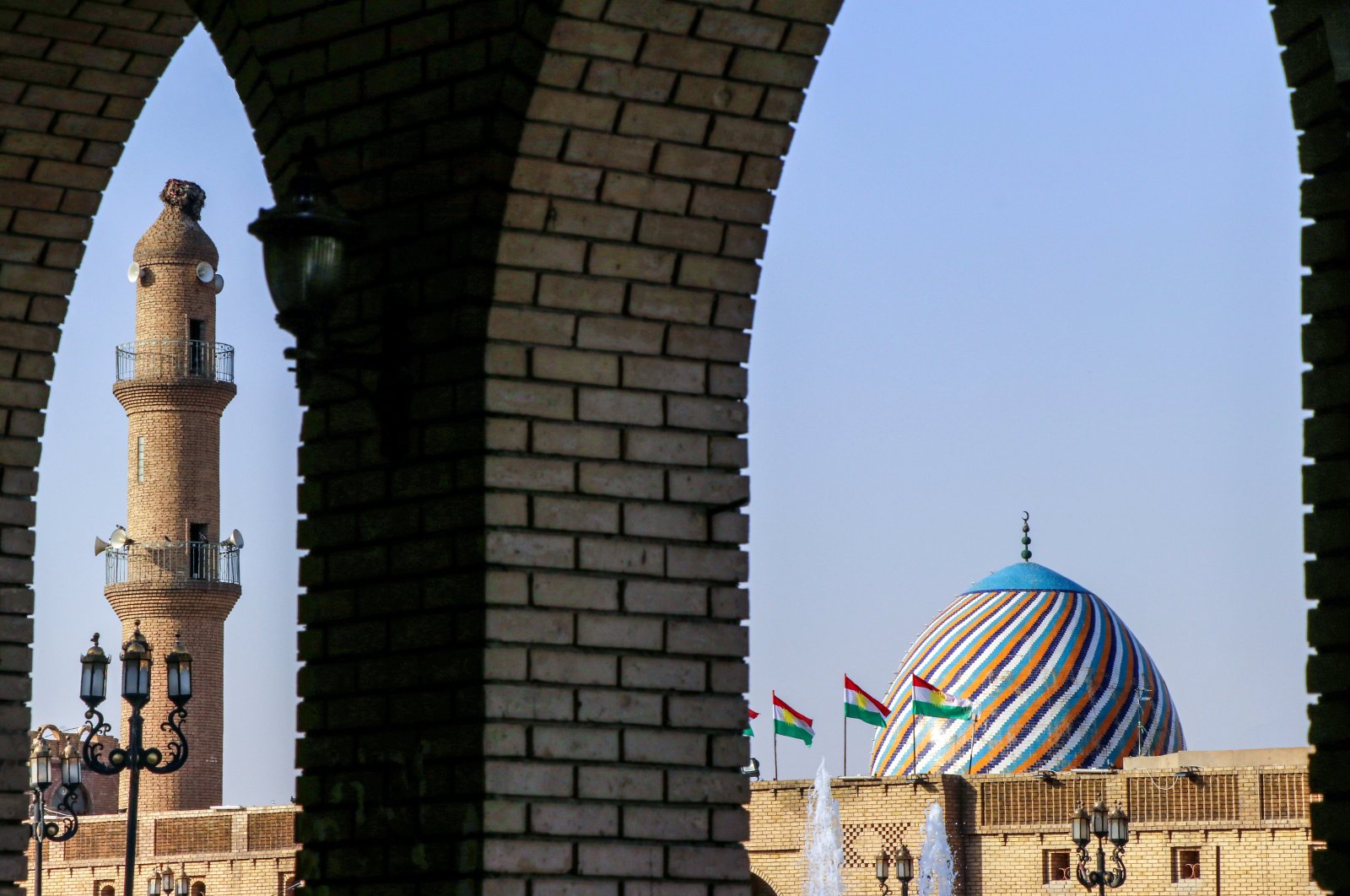 View from Qaysari bazaar through the arches to the mosque at Irbil's lively main square in this undated file photo. (Getty Images)
by DAILY SABAH WITH AA Nov 30, 2021 9:06 am
RECOMMENDED

A local official in Iraq's Kurdish-administered northern region said the PKK terrorist group has played a role in inciting protests and has harmed stability in the region.

Speaking to reporters, Dindar Zebari, chairperson of the Iraqi Kurdistan Regional Government (KRG) International Organization Reports Evaluation Committee, said that PKK played a role in the demonstrations, especially in the city of Sulaymaniyah and in the KRG-administered areas in general.

Stressing that the PKK is trying to divert people's rightful demands into another direction, he added: "In fact, the PKK has become a burden for the stability of the Kurdish region."

Last week university students in the KRG held demonstrations demanding the resumption of the education allowances previously allocated by the government.

The PKK terrorist group has also prevented the implementation of vital service projects in villages under their control, according to the governor of northern Dohuk province.

The PKK has bases across Turkey's southern border in northern Iraq, in the KRG region, where it plots attacks against Turkey.

Turkish officials said that in addition to attacking Turkey, the terrorist PKK also destabilizes and threatens northern Iraq and other countries.

The Turkish Armed Forces (TSK) regularly conducts cross-border operations in northern Iraq, a region where PKK terrorists have hideouts and bases from which to carry out attacks on Turkey. Iraq's KRG has previously called the PKK's presence in Sinjar unacceptable and urged the militants to leave the area.

Turkey has carried out a series of offensives since 2019 against terrorist groups in northern Iraq, particularly the PKK. The latest are the Claw-Lightning and Claw-Thunderbolt operations launched this April in the Metina and Avasin-Basyan regions, while operations Claw-Tiger and Claw-Eagle were initiated in June last year.