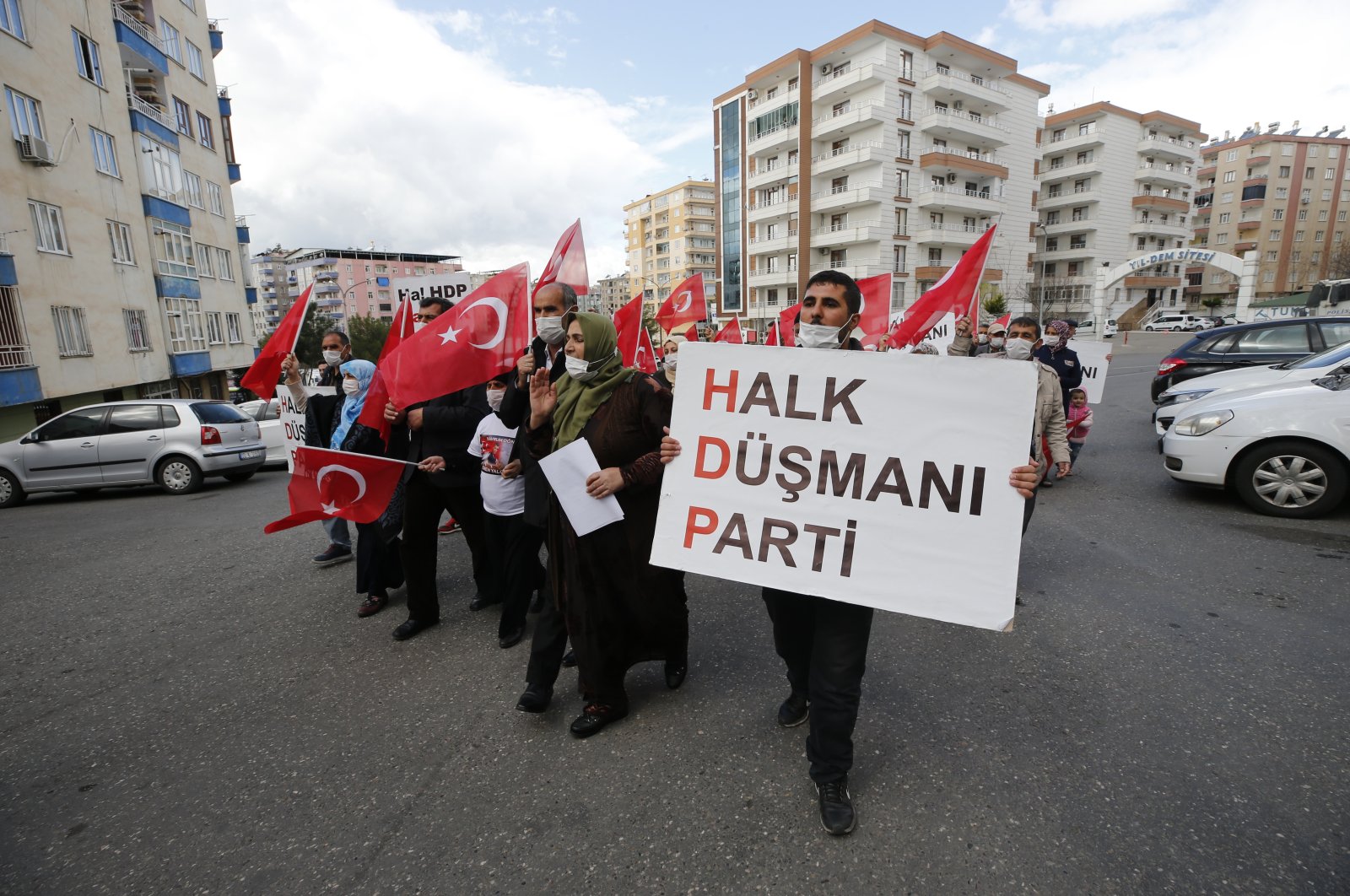 Kurdish families, whose children were kidnapped by the PKK, organize a rally in southeastern Diyarbakır province against HDP, Turkey, March 18, 2021. (AA)
by DAILY SABAH WITH AA Mar 18, 2021 3:36 pm
RECOMMENDED

Kurdish mothers, whose children were kidnapped by the terrorist group PKK, organized a rally in southeastern Diyarbakır province on Thursday, defending the closure of the pro-PKK Peoples' Democratic Party (HDP).

With the slogan "HDP will be shut down, and mothers will win," the mothers hold the HDP responsible for the abduction of their children.

Speaking on behalf of the mothers, Necibe Çiftçi said that as Diyarbakır's protesting mothers, they have been able to reveal the true face of the HDP to the world.

The sit-in protest by families whose children were abducted by the PKK terrorist group has entered its 563rd day and the mothers and fathers in front of the HDP headquarters in Diyarbakır province have no intention of throwing in the towel.

The protest started when Hacire Akar turned up on the doorstep of the HDP’s Diyarbakır office one night. Akar’s son Mehmet returned home on Aug. 24, 2019, giving hope to other families. A week later, on Sept. 3, 2019, families inspired by Akar transformed her solo stance into a collective sit-in protest.

Since then, the number of protesting families has grown gradually and has exceeded 120 as they demand the return of their children who, they say, were deceived or kidnapped by the terrorist group.

Out of those 120 families, the number of those who have been reunited with their kidnapped children has reached 22.

Families have held on to their stance under difficult conditions. They were sometimes threatened by HDP officials and even by people linked with the PKK. They have also not given up during the coronavirus pandemic, continuing sit-in protests by taking necessary precautions.

The HDP, long-facing public reaction and judicial probes over its ties to the PKK, is under pressure from this growing civilian protest movement. Various groups from around Turkey have supported the Kurdish mothers in their cause, with many paying visits to show their support.