Another Kurdish mother calls on son abducted by PKK to surrender 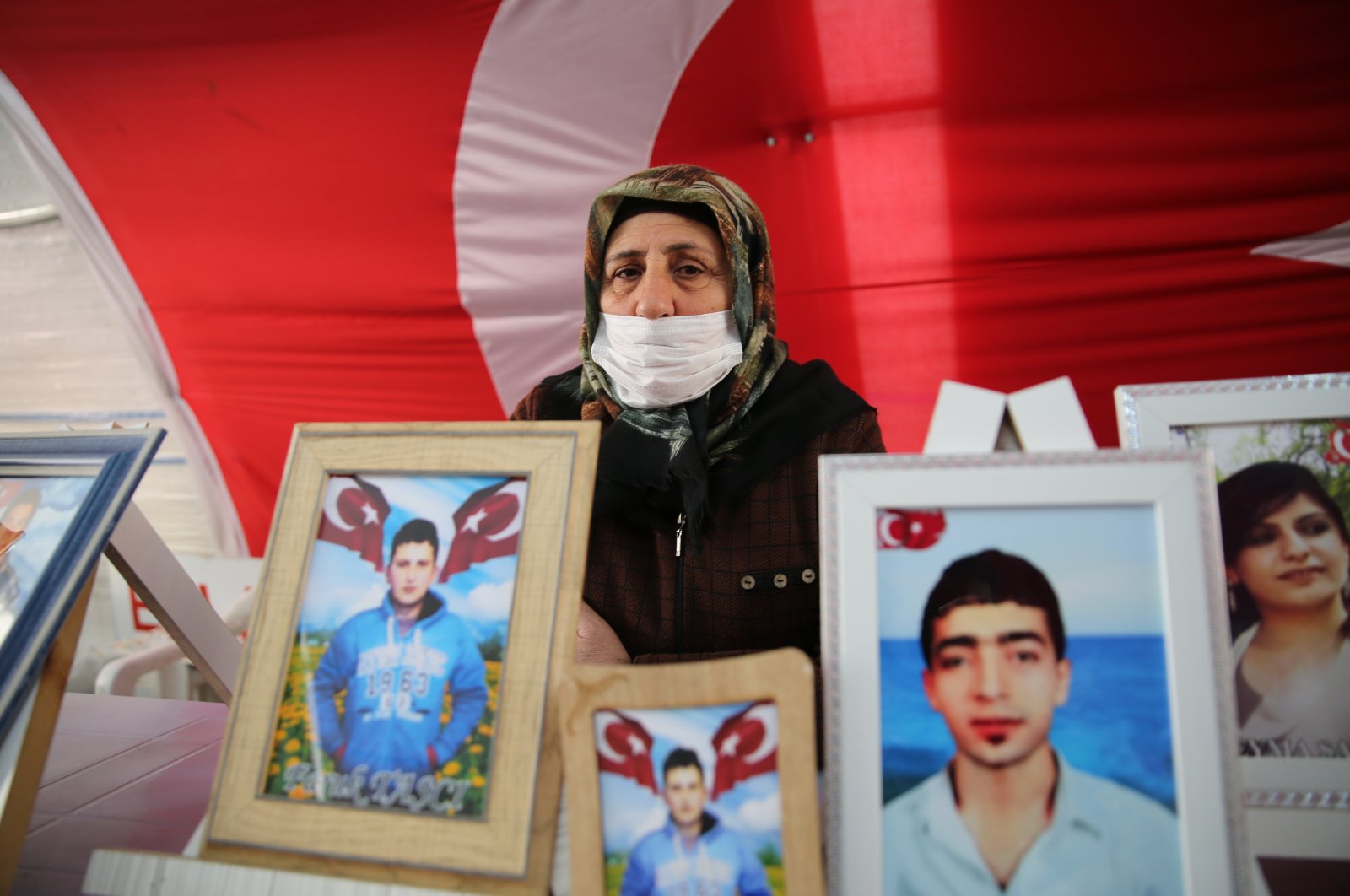 One more Kurdish mother, whose child was abducted by the PKK terrorist group, has called on her son to surrender to Turkish security forces.

As families' sit-in protest against the terrorist group in front of the pro-PKK Peoples' Democratic Party's (HDP) provincial office in southeastern Diyarbakır has been going on for nearly 18 months, Güzide Demir, who joined the protest for her son Aziz abducted four years ago when he was 16, said that they are determined to continue their sit-in protest until everyone is reunited with their children.

Commenting on the PKK's recent execution of 13 Turkish citizens in a cave in northern Iraq's Gara region, Demir said that the terrorist group "murdered our 13 children."

Reiterating her determination to wait until she can take her son back, Demir called on Aziz to surrender.

"My son Aziz, come and surrender to our security forces. It is not your home, my son," she said.

Salih Gökçe, a father whose son Mehmet was abducted four years ago, also condemned the PKK's execution of 13 people.

He also called on his son to surrender, saying: "I will not abandon this tent. My son, come and surrender to the compassionate arms of our state."

Interior Minister Süleyman Soylu said Sunday that a 24th family is going to once again embrace their child and that the PKK would be eradicated as more members surrender to security forces through persuasion. The ministry announced that two PKK affiliates fled the terrorist group and surrendered to Turkish authorities.

As a result of persuasion efforts, another PKK terrorist also surrendered in eastern Turkey, said security sources on Monday.

The terrorist fled the group thanks to the persuasion efforts of gendarmerie command teams and the support of his family, said the source, who asked not to be named due to restrictions on speaking to the media.

The terrorist, who was active in Syria, surrendered at the border gate in Nusaybin, Mardin, and was then transferred to Iğdır, eastern Turkey.