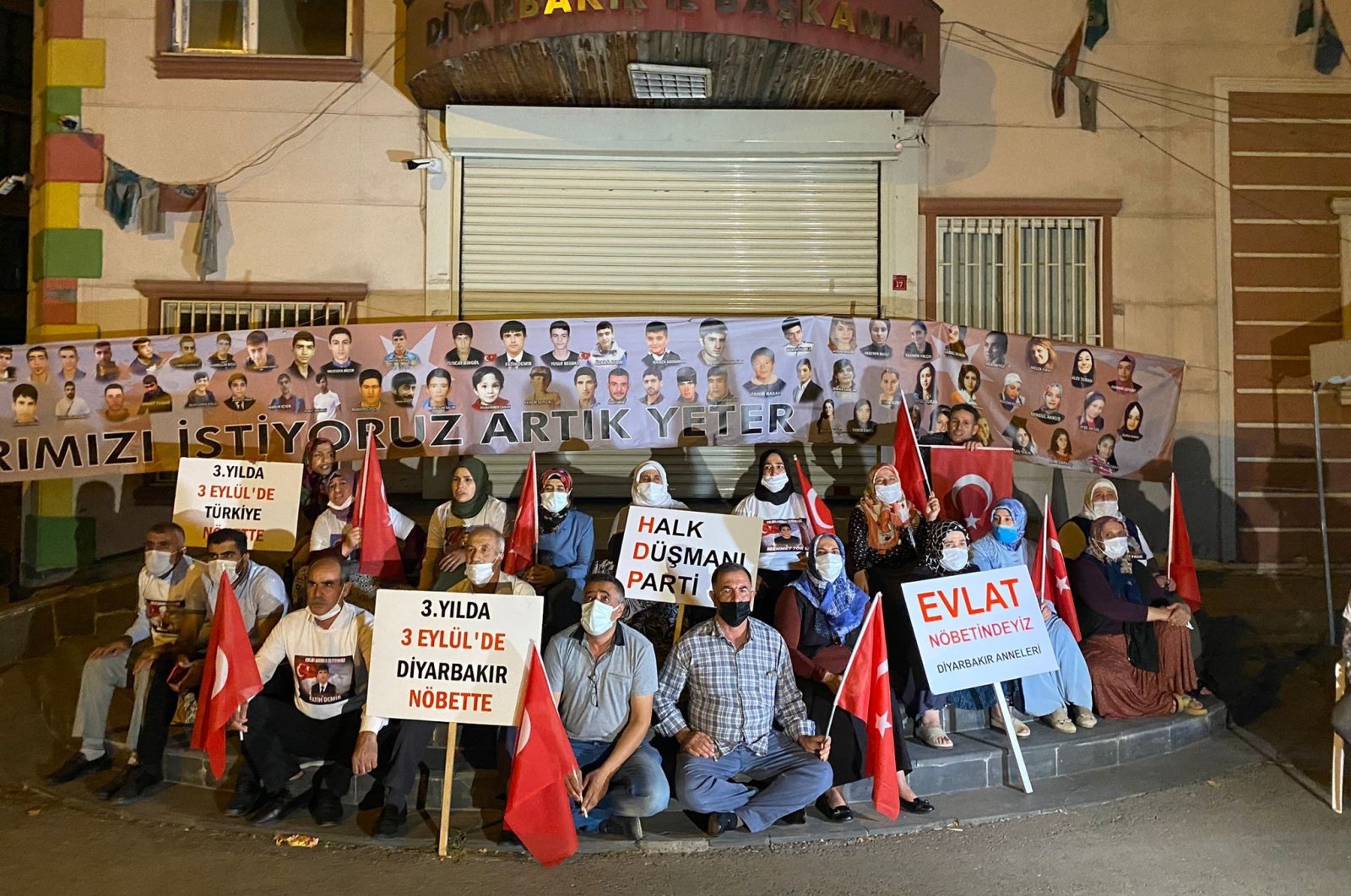 Kurdish families protesting against their children’s abduction by PKK terrorists will start demonstrating round the clock in front of the pro-PKK Peoples’ Democratic Party (HDP) as their struggle enters its third year, a mother said Monday.

Ayşegül Biçer, who was recently reunited with her son that was captured by the PKK, continues to support families seeking their children’s return. Sept. 3 marks the third year since the start of the demonstrations, and Biçer told Demirören News Agency (DHA) that they have launched a 24-hour protest to mark the event.

She continued by urging more families to join the struggle and call on their children to lay down arms and surrender to Turkish security forces.

“We were able to reunite 31 children and our protests continue with 233 families,” Biçer said, adding that the families are not only demonstrating for their own children but for unity and peace in the country.

The Kurdish mother continued by criticizing the HDP for ignoring the families who had been protesting for over 720 days.

“We say enough is enough,” she said, adding that she will continue to support the protests until PKK is destroyed.

Meanwhile, father Abdullah Demir, who has joined the protests for his son’s return, said they expect everyone to join their cause on Sept. 3.

“Let us all save our children, our girls, from the HDP and PKK. We will be on duty for 24 hours and will not leave this place,” Demir said.

The protest started when Hacire Akar turned up on the doorstep of the HDP’s Diyarbakır office one night. Akar’s son Mehmet subsequently returned home on Aug. 24, 2019, giving hope to other families. A week later, on Sept. 3, 2019, families inspired by Akar transformed her solo stance into a collective sit-in protest.

Families have continued their stance under difficult conditions. They were sometimes threatened by HDP officials and even by people linked with the PKK terrorist organization. They have also not given up during the coronavirus pandemic, continuing sit-in protests while taking the necessary precautions.

A significant number of suspected terrorists have started fleeing the PKK and surrendering, while many terrorists lack the courage to leave the group because they could face severe punishment if caught.