Kurdish parents call on children abducted by PKK to surrender 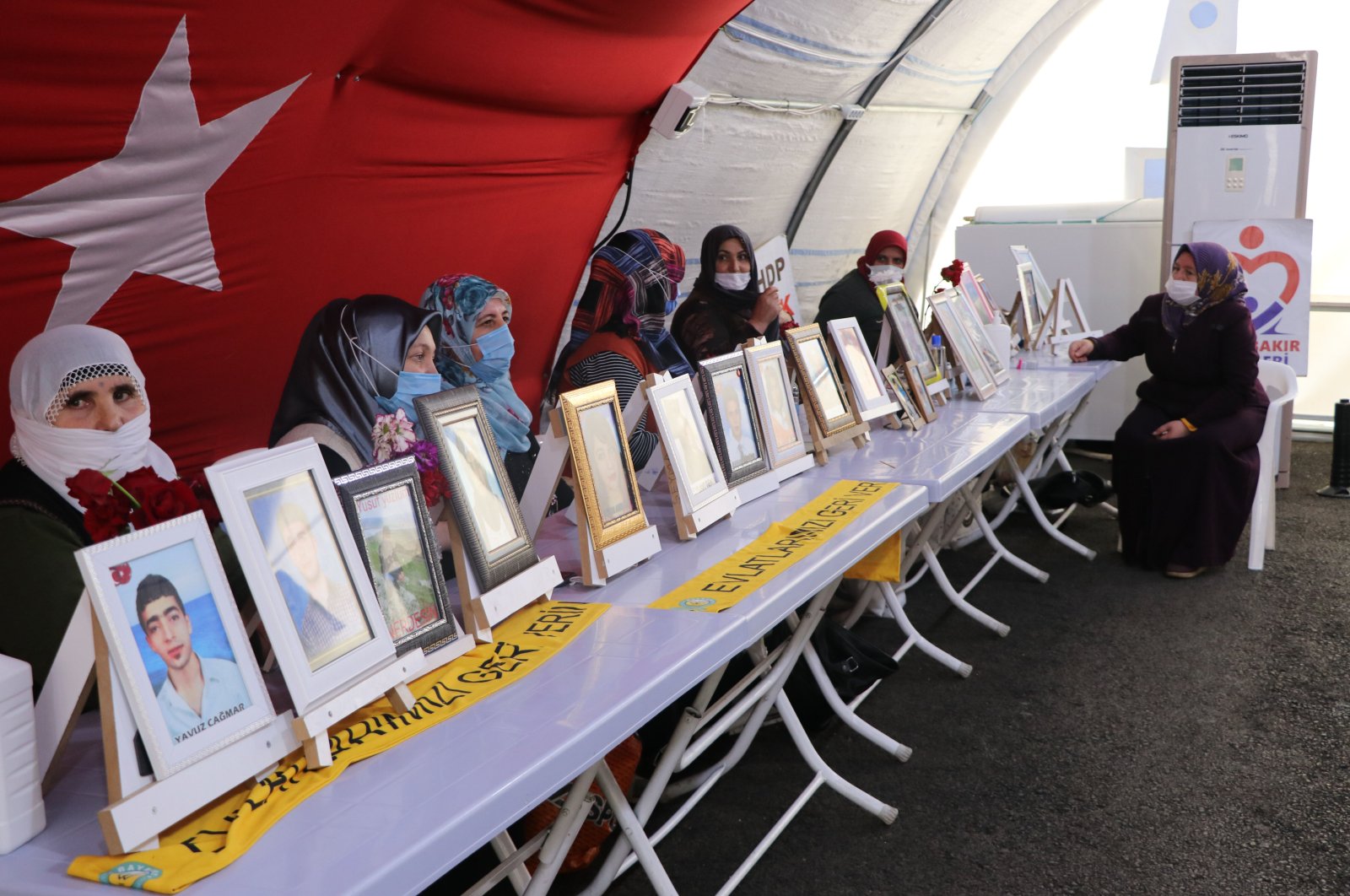 Families staging a sit-in in southeastern Turkey against the PKK terrorist group called on their children on Friday to surrender to Turkish security forces.

The protest outside the Diyarbakır office of the pro-PKK Peoples' Democratic Party (HDP), which the government accuses of having links to the PKK, began on Sept. 3, 2019, when three mothers said PKK terrorists forcibly recruited their children. It has been growing since then.

Fatma Akkuş, a mother whose daughter was abducted by PKK terrorists and taken to the mountains six years ago, said she is determined to continue the protest.

"I hope my daughter will come home this Ramadan. I want my daughter from the HDP and the PKK. The HDP took my daughter and handed her over to the PKK," she said.

She added: "I know my daughter is in Syria and alive. However, I have not been able to make contact with her so far. I saw my daughter on a video clip on the internet."

Urging her PKK-abducted daughter to lay down arms, Akkuş said: "They took the pen away from you and gave you a gun. Do not use that gun against anyone. My daughter, run away, come and surrender."

Yusuf Erdinç, who came from the eastern Van province to join the sit-in, said his son Mikail was abducted by the HDP six years ago.

He said he will not leave without his son Mikail.

"Their children are in Europe but they are taking you to the mountains. You don't belong there, your home is in Turkey," Erdinç told his son, as he referred to the children of HDP lawmakers, who receive education abroad.

Families have not given up their post despite difficult conditions, at times being threatened or ridiculed by HDP officials and those with links to the PKK terrorist group. The protest continued despite the coronavirus pandemic, with the families taking the necessary precautions. First lady Emine Erdoğan on Dec. 31 reaffirmed her support for the protesting mothers, saying in a Twitter post, "No matter how great the threat of a terrorist organization, it is doomed to be ineffective in the face of the warm hearts of mothers.”

A significant number of suspected terrorists have begun to flee the PKK and surrender but many terrorists lack the courage to leave the group out of fear of severe punishment if caught. More than 235 members surrendered to Turkish security forces in 2019, with 112 more surrendering in 2020.

Once they surrender, former recruits are provided with a host of opportunities, including the right to education and the freedom to live without fear and oppression.