Kurdish parents criticize Ekrem Imamoğlu for not visiting them 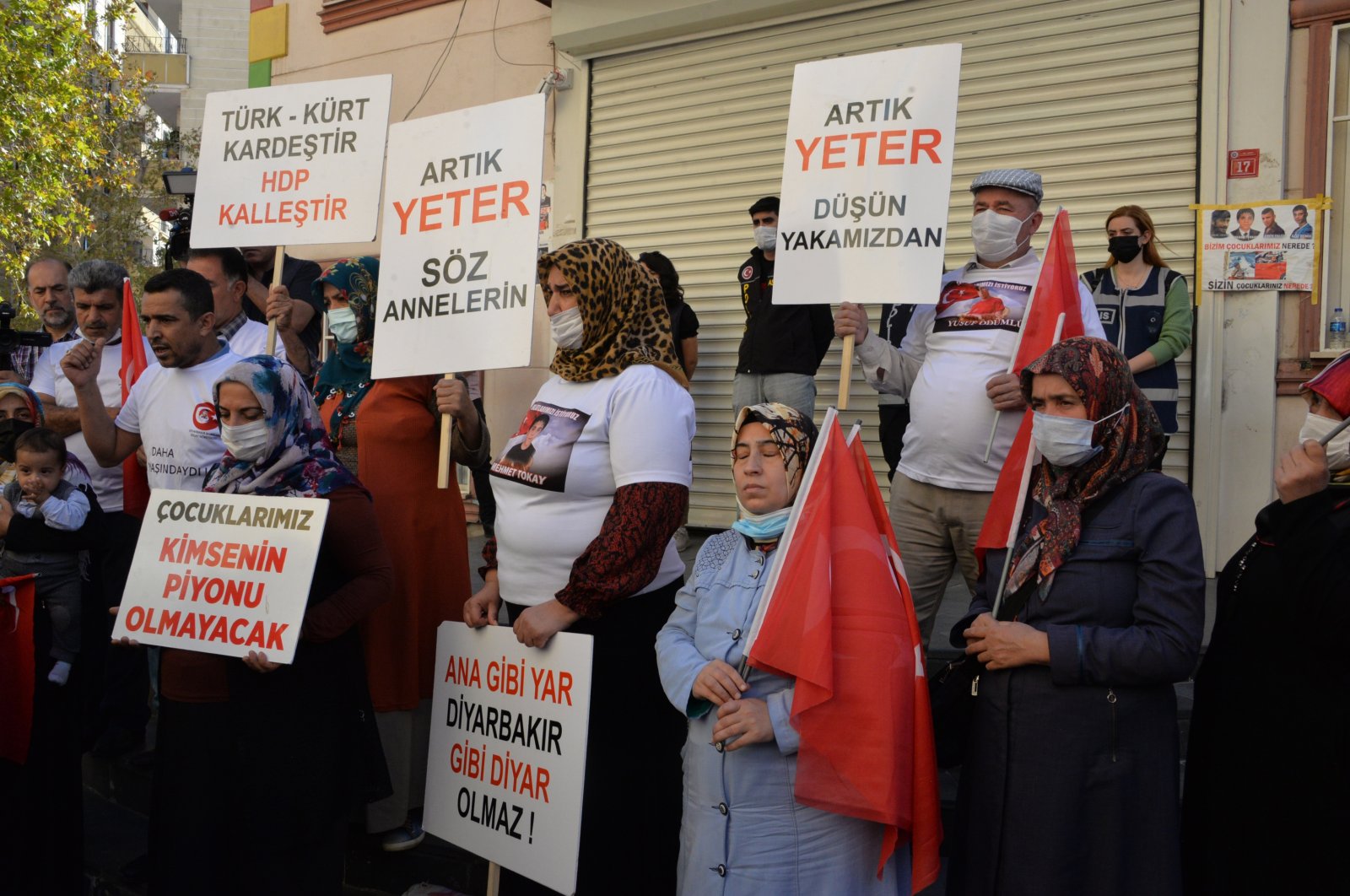 Parents protesting their children's abduction by the PKK terrorists in front of the pro-PKK Peoples' Democratic Party (HDP) headquarters in Diyarbakır criticized Istanbul Metropolitan Mayor Ekrem Imamoğlu for not dropping by during his visit in town.

Father Süleyman Aydın, who spoke on behalf of the families, said they condemn the mayor for failing to share their pain. He noted that the families from all across Turkey have been protesting rain or shine and that the HDP has been ignoring them. He said they were happy that Imamoğlu was visiting Diyarbakır and hoped that he would visit them.

"We were sad that he did not visit us or share our pain," the father said, adding that Imamoğlu chose to side with the HDP, Demirören News Agency (DHA) reported Sunday.

"I urge everyone to listen to their conscience," he said, adding that he also condemns Imamoğlu.

The Istanbul mayor was in Diyarbakır to attend an art exhibition and told reporters that it was not a political visit. He visited shopkeepers in the historical Sur district and met with other businesspeople during his visit.