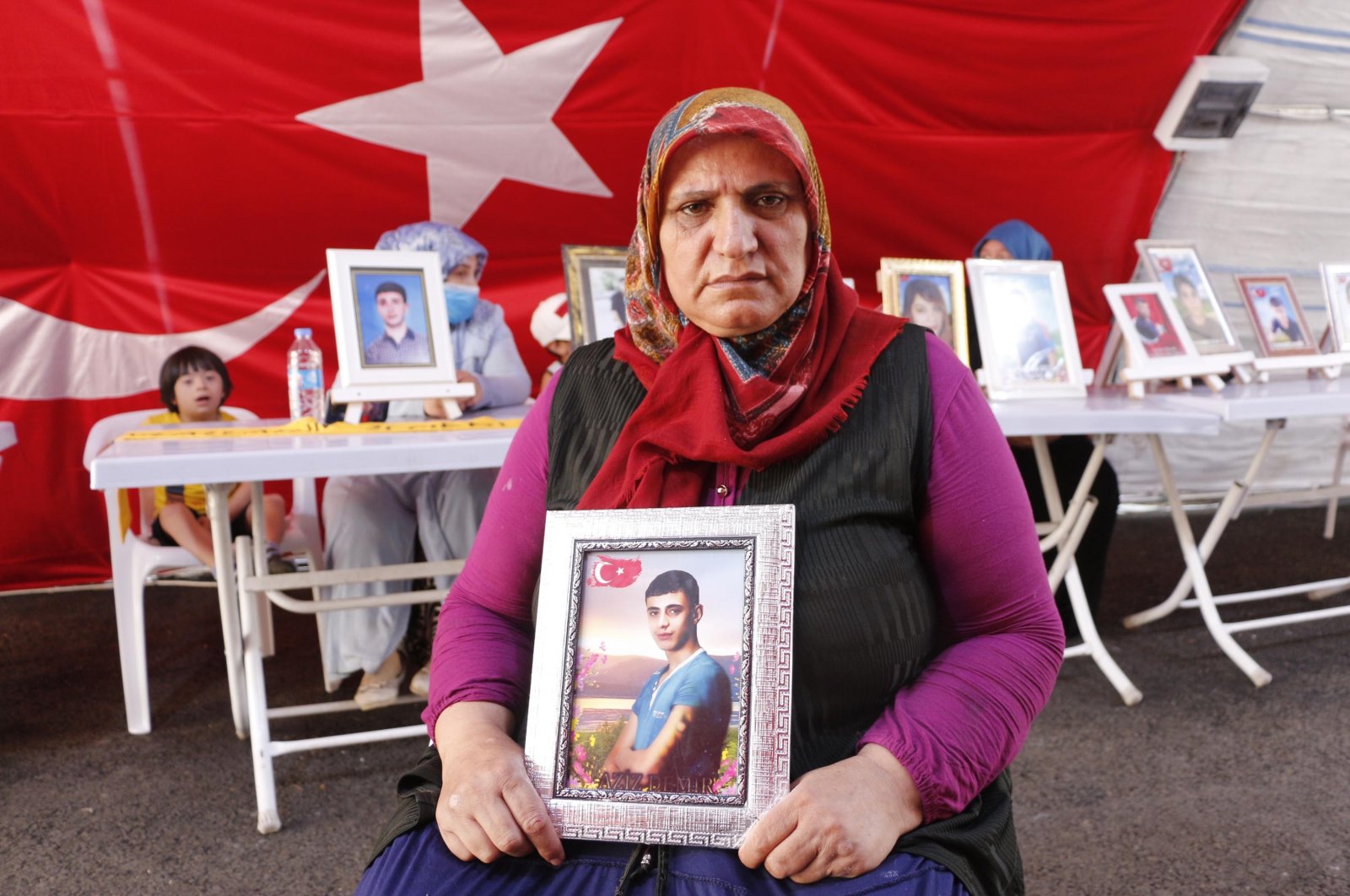 Families of children abducted by the PKK terrorists continue to protest in front of the pro-PKK Peoples' Democratic Party (HDP) headquarters in Turkey's Diyarbakır province, as they urge their children to return home.

The families have been protesting for 714 days since Sept. 3, 2019, encouraging their children to lay down their weapons and surrender to Turkish authorities.

Güzide Demir, one of the protesting mothers, said she has been protesting for her son Aziz for the past two years in front of the local HDP office.

She called on her son to surrender along with other children who are in the hands of the terrorist PKK to Turkish security forces.

Süleyman Aydın, one of the protesting fathers, said the HDP took away his son Ozkan six years ago.

Calling on his son to surrender to the security forces, Aydin said "the HDP and PKK deceived you. Come surrender to your government."

Protests outside the office of the opposition pro-PKK Peoples' Democratic Party (HDP) in Diyarbakır started with three mothers who said their children were forcibly recruited by terrorists.

The Turkish government accuses the HDP of having links to the PKK terrorist organization. The HDP, long facing public reaction and judicial probes over its ties to the PKK, is under pressure from this growing civilian protest movement. Various groups from around Turkey have supported the Kurdish mothers in their cause, with many paying visits to show their support.