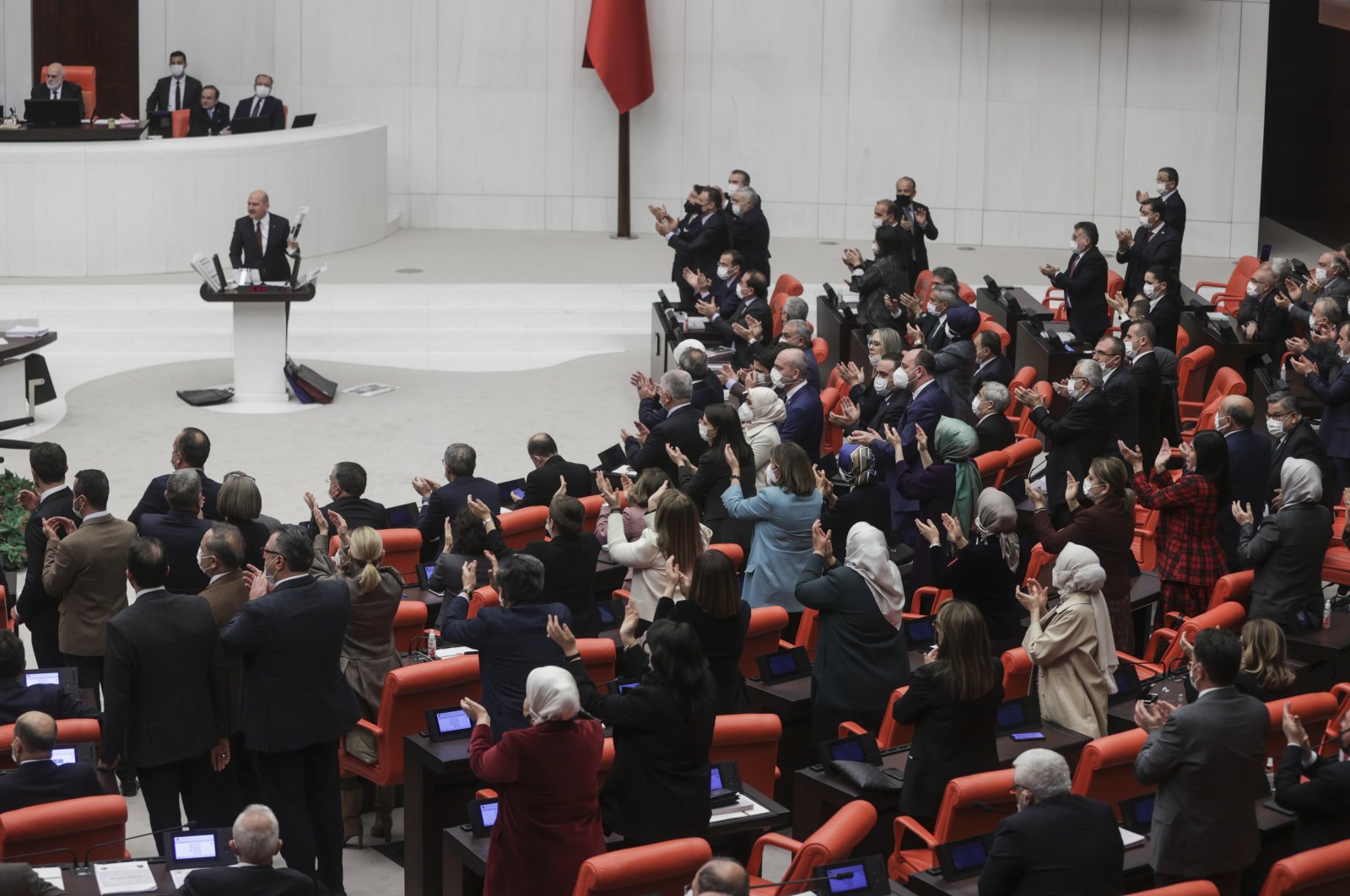 Speaking at the General Assembly of the Turkish Parliament, Soylu said 2,080 terrorists had surrendered to Turkish security forces over the course of the past five years.

Soylu emphasized that Turkey is fighting terrorism both inside and outside the country.

At least 182 PKK terrorists have laid down their arms through persuasion efforts this year, according to the Interior Ministry.

According to Turkish officials, in recent years, the PKK – battered and demoralized by Turkish security forces' successful operations – has been hemorrhaging members and failing to attract new ones.

Soylu recalled that Turkey has carried out the counterterrorism operations Olive Branch, Euphrates Shield and Peace Spring as well as the Claw-Tiger operations and "scratched out the eyes" of those who "wanted to divide the country."

Since 2016, Turkey has conducted a trio of successful operations across its border in northern Syria to prevent the formation of a terror corridor and enable the peaceful settlement of residents: Euphrates Shield (2016), Olive Branch (2018) and Peace Spring (2019).

The Claw operations are a series of offensives Turkey has carried out since 2019 against terrorist organizations in northern Iraq, particularly the PKK.

Soylu also underlined that Turkey has launched domestic offensives against terrorists such as operations Kiran, Kapan, Yıldırım and Eren and "did not allow the terrorists to breathe."

"We fought not only the terror but also terrorism," he added.

Operations Claw-Tiger and Claw-Eagle were initiated in June last year, while Claw-Lightning and Pence-Thunderbolt were launched this April in Iraq's Metina and Avasin-Basyan regions. This year, Turkey initiated Operation Eren, named after Eren Bülbül, a 15-year-old killed by the PKK terrorist group on Aug. 11, 2017.

The latest action is aimed at eliminating PKK terrorists who have taken shelter in the region.