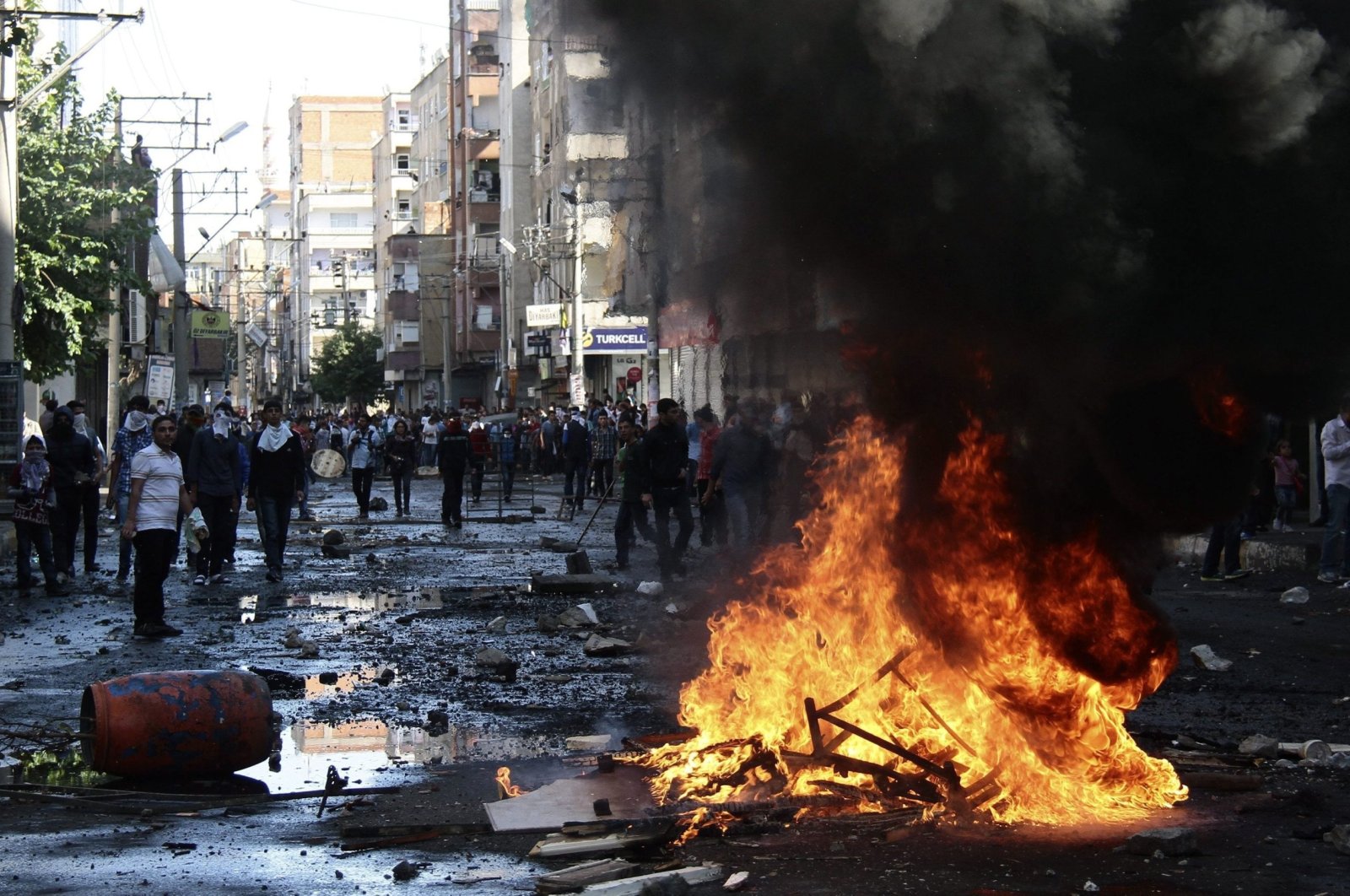 Turkish operation into northern Syria can be launched anytime: Kalın

Defendants in the case of the deadly lynching of Yasin Börü, a 16-year-old Turkish boy who was killed during riots in the country’s southeast in October 2014, were sentenced to life imprisonment on Friday.

The hearing was held at the Ankara 2nd High Criminal Court following the Supreme Court's reversal of an earlier decision in the case.

Three other defendants who were under the age of 18 at the time of the incident – Yılmaz Oğurlu, Ahmet Selçuk and Ali Kaya – were each sentenced to 23 years in prison.

The files of the defendants Cihan Yıldız, Rıdvan Baş and Mustafa Daşçi, whose defenses could not be determined, and Erkan Balaban, Ferdi Gül and Mazlum İçli, who made excuses, were separated. The defendant Hüseyin Okçu was acquitted.

The court did not apply discretionary mitigation.

In October 2014, amid the Daesh siege on Kobani (Ain al-Arab) in northern Syria, former co-Chair of the pro-PKK Peoples’ Democratic Party (HDP) Selahattin Demirtaş and other HDP officials called for a major riot, dubbed the "Oct. 6-7 Kobani protests," that led to clashes between pro-PKK and conservative Kurdish groups and security forces throughout Turkey, especially in Turkey's southeast. The PKK is blamed for the majority of deaths, including the brutal lynching of 16-year-old Börü and his three friends – Hasan Gökgöz, Ahmet Hüseyin Dakak and Riyat Güneş.

The case regarding the murder of Börü and his friends was initially heard at the Ankara 2nd High Criminal Court and the verdict was announced on April 24, 2017.

While 25 of 41 people were sentenced to different prison sentences, 13 of them were acquitted and the files of three defendants who were fugitives at that time were separated. Ersin Filizer, one of the fugitive suspects, was caught in southeastern Diyarbakır on January 2, 2018.

The 16th Penal Chamber of the Supreme Court of Appeals then reversed the verdict regarding the acquittal of 24 defendants and Hüseyin Okçu, who were convicted of deliberate killing.

Noting that Börü was under the age of 18 at the time of the incident, it was stated that the defendants who were convicted of aggravated murder should also be evaluated as having committed this crime "against a child.”

Börü, the youngest of the group, at the time of the incident was collecting donations for an aid campaign by an Islamic charity when they were cornered by a pro-PKK group in Diyarbakır province during the riots. They were stabbed, beaten and thrown out the window of a residential building by the PKK supporters.

The trials of 108 suspects – including former HDP co-Chairs Demirtaş and Figen Yüksekdağ, who are accused of instigating the deadly riots – are also being held.

The suspect list, of which 27 are already in custody, includes other HDP politicians as well. It includes the former mayor of eastern Kars province, Ayhan Bilgen, and former HDP deputies Sırrı Süreyya Önder and Sebahat Tuncel.

Turkish operation into northern Syria can be launched anytime: Kalın