Trial of pro-PKK Kobani riot instigators to start in Ankara 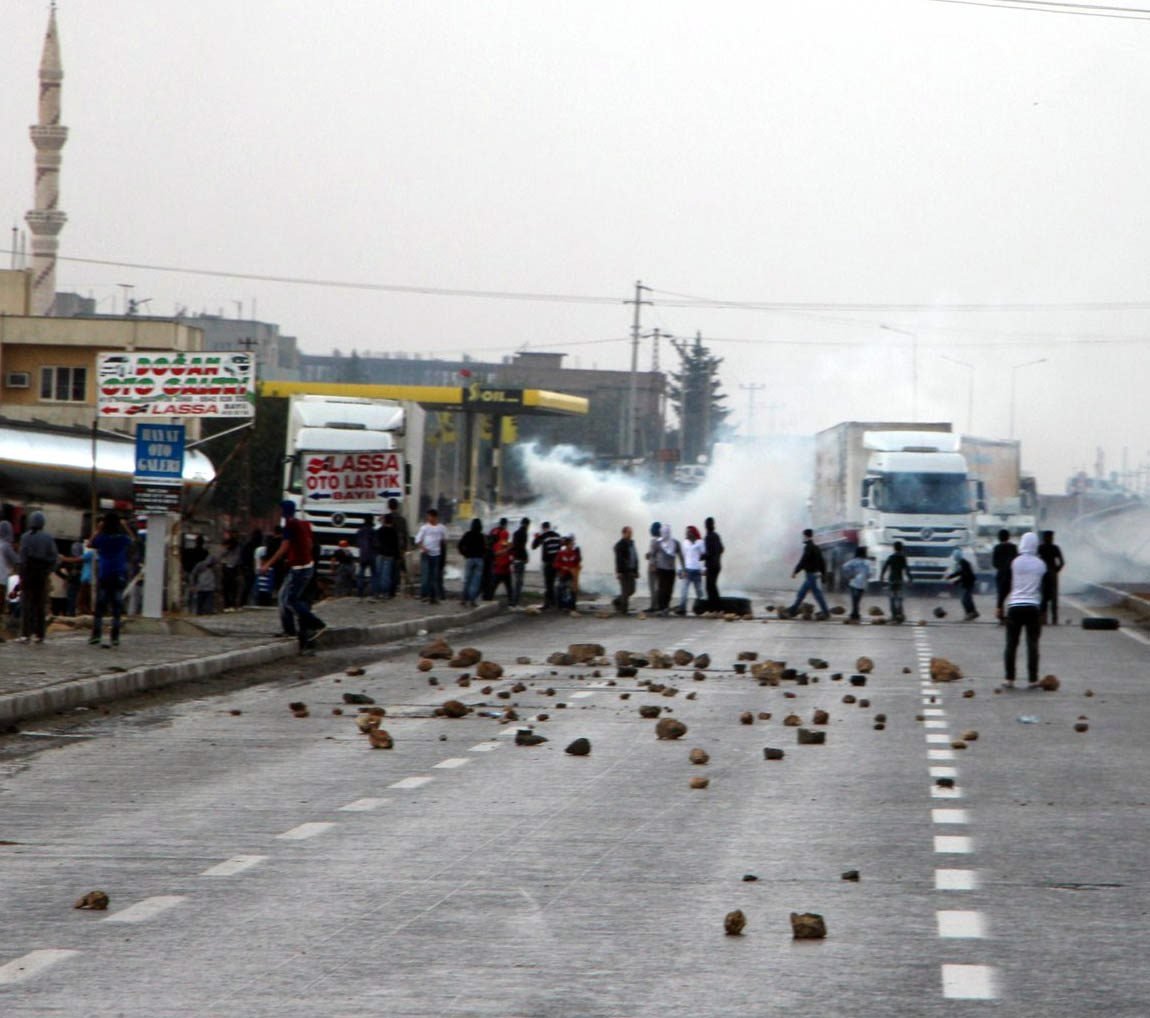 The trial of 108 suspects, including former pro-PKK Peoples’ Democratic Party (HDP) co-Chairs Selahattin Demirtaş and Figen Yüksekdağ, who are accused of instigating the deadly 2014 riots in southeastern Turkey, will begin Monday.

The suspect list, of which 27 are already in custody, includes other HDP politicians as well. It includes the former mayor of eastern Kars province, Ayhan Bilgen, and former HDP deputies Sırrı Süreyya Önder and Sebahat Tuncel.

Prosecutors in the capital Ankara previously said in an indictment that many actors, including PKK terrorist ringleaders, urban agents, HDP members and HDP co-chairs, called on people to take to the streets and commit acts of terrorism.

The prosecutors also said that the PKK terrorist group’s imprisoned leader, Abdullah Öcalan, also instigated the riots with his remarks, “I call on our nation to collectively resist against this intensified war.”

A PKK member later also confessed to the political party's role in the riots.

Some 761 people, including 326 law enforcement officers and 435 civilians, were injured during the riots, while 197 schools were burned down, 269 public buildings were destroyed, 1,731 homes and workplaces were looted, destroyed or burned, and 1,230 vehicles were wrecked, according to a previous statement by security sources.

The statement said that during the protests, roads were blocked and many public buildings, civilian vehicles and homes were damaged by gunfire, Molotov cocktails and fireworks.

The Ankara Public Prosecutor’s Office also stated that a record will be prepared to demand the removal of immunity from the seven current HDP deputies under investigation.

In 2014, Kobani was completely surrounded by Daesh terrorists. Their advance near the city's villages trapped at least 300,000 civilians in the area, prompting a massive refugee influx into Turkey. Meanwhile, the HDP accused Ankara of failing to support the resistance against Daesh.

In October 2014, amid the Daesh siege on Kobani, former HDP leader Selahattin Demirtaş and other HDP officials called for a major riot, dubbed the "Oct. 6-7 Kobani protests" that led to clashes between pro-PKK and conservative Kurdish groups and security forces throughout Turkey, especially in Turkey's southeast. The PKK is blamed for the majority of deaths, including the brutal lynching of 16-year-old Yasin Börü and his three friends, Hasan Gökgöz, Ahmet Hüseyin Dakak and Riyat Güneş.

Börü, the youngest of the group, was collecting donations for an aid campaign by an Islamic charity when they were cornered by a pro-PKK group in the southeastern province of Diyarbakır during the riots. They were stabbed, beaten and thrown out the window of a residential building by the PKK supporters.

The riots were a major blow for the HDP and its public face, Demirtaş, who repeatedly stated that they aim to be an umbrella party appealing to all of Turkey instead of a regional and ethnic party. Their later calls, however, found little support.

The HDP has come under fire for its close links to the PKK, which is listed as a terrorist organization by Turkey, the United States and the European Union. Members of the party have so far declined to call the PKK a "terrorist group" and openly displayed their support for the group by showing up at funerals for slain PKK terrorists.

Demirtaş is already in jail and was sentenced to four years and eight months in prison for carrying out terrorist propaganda. In November 2016, 13 HDP lawmakers were arrested, and nine of them, including HDP co-Chair Figen Yüksekdağ, remain under arrest awaiting trial on charges related to being members or leaders of and committing crimes for the PKK. The deputies face prosecution under anti-terrorism legislation after their parliamentary immunity was lifted in May 2016.