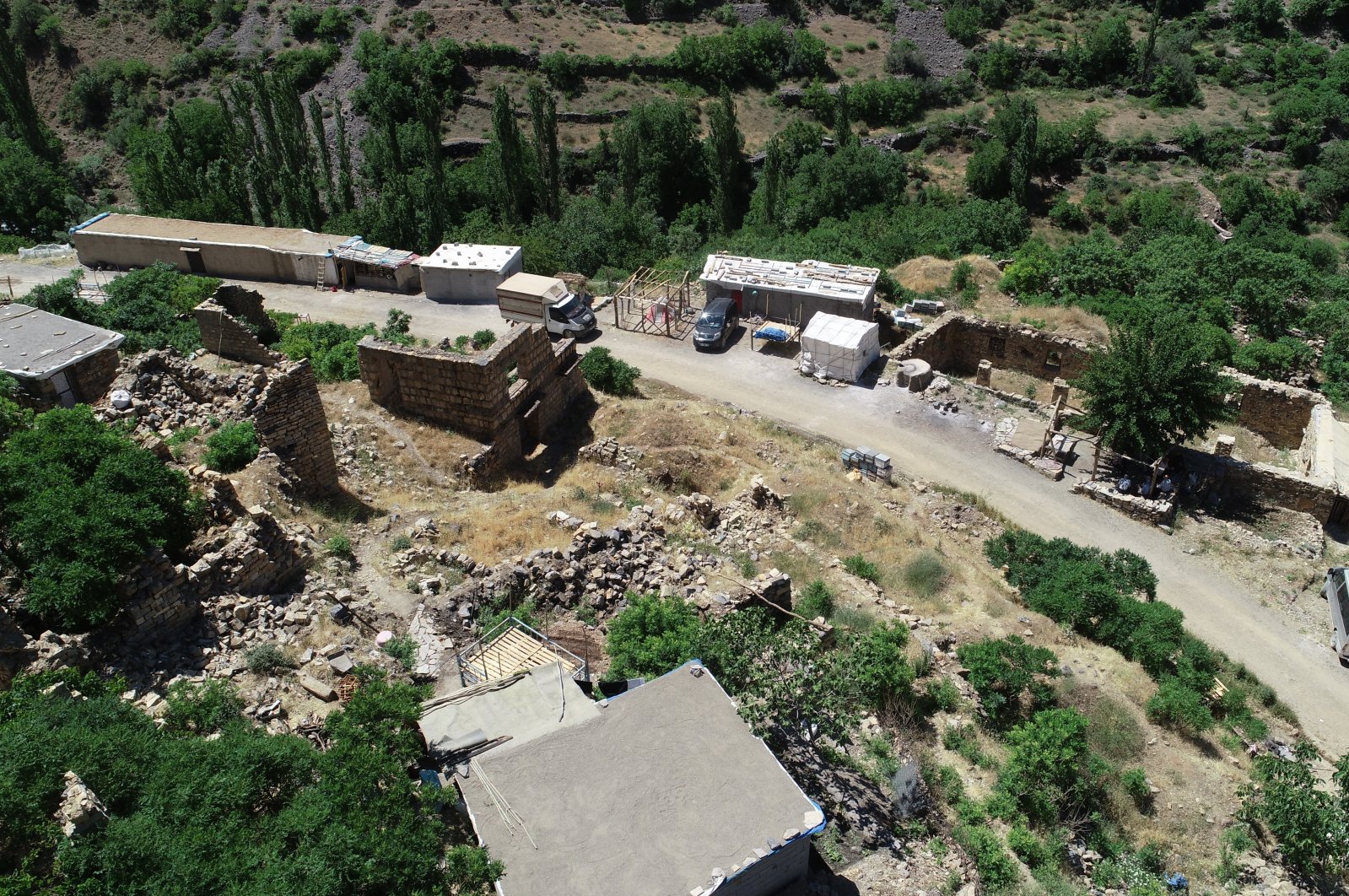 Following the Turkish security forces' decadeslong efforts to eradicate the threat posed by PKK terrorists against civilians and residential areas in the country's southeastern region, locals of Şırnak's province's Uludere district have started to return to their villages and build new homes.

Many people living in Uludere's villages had to leave their homes during the early 1990s when the PKK rapidly increased its attacks targeting civilian areas and Turkey saw fierce clashes between security forces and terrorists.

Now, the relative security and stability ensured by the security forces' operations in recent years have led many to return to their villages.

The residents of Akduman village, who were evacuated due to terrorism in the 1990s, returned to their village from the regions where they migrated. They have started to rebuild their homes thanks to the peace that has emerged after 30 years.

Villagers said that they would bring their animals with them in spring and stay in their villages until the end of autumn and return in winter.

Citizens whose villages were evacuated 30 years ago have come from different cities of Turkey and have started life anew in a now relatively peaceful region. The villagers now spend their days beekeeping, cattle breeding and tending to their gardens.