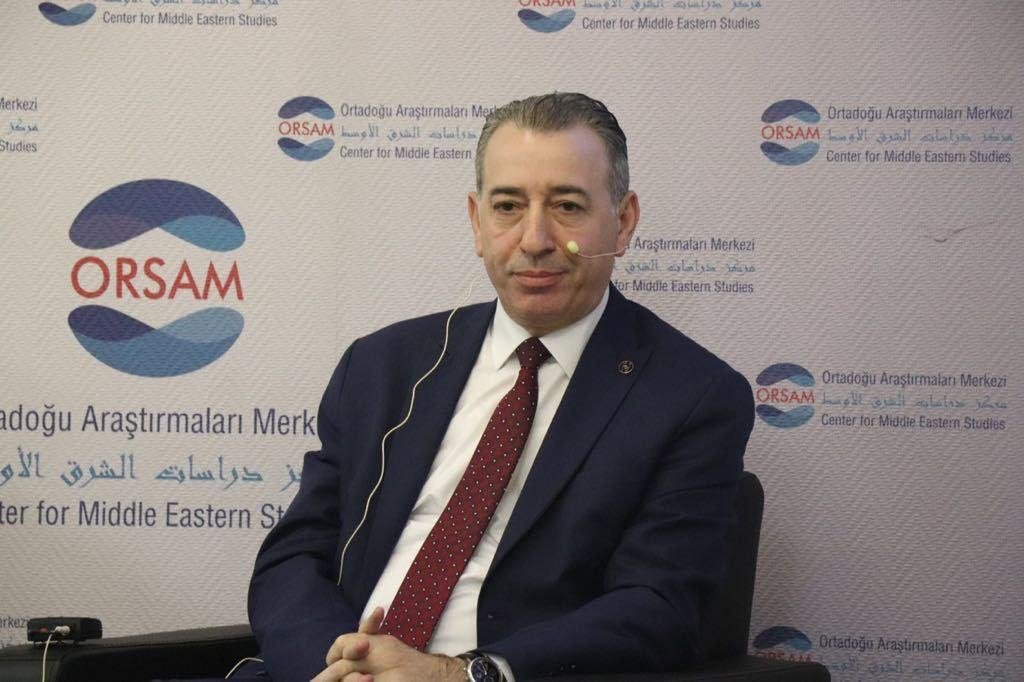 More people are leaving regions dominated by the PKK terrorist group in northern Iraq, said Kurdistan Regional Government (KRG) Minister of Ethnic and Religious Formations Aydın Maruf, who is also a board member of the Iraqi Turkmen Front (ITC).

Speaking to Anadolu Agency (AA), Maruf commented on the Iraqi Kurds who left their country to immigrate to Europe.

Noting that the issue of migrants is a serious problem, Maruf said it was saddening to see citizens fleeing their homes only to find themselves under difficult conditions on the Belarus-Poland border.

Thousands of migrants, mainly from the Middle East, are camped out or staying close to the Poland-Belarus border in dire conditions aiming to cross into the European Union, in a crisis that began over the summer.

Pointing out that the factors like instability, unemployment and the economy forced their departure, Maruf said: "Some parties, individuals and groups are trying to use this for political purposes. More migrants went abroad, especially from the regions dominated by the PKK."

People living in regions where the PKK is dominant face threats and pressure, Maruf said, adding that many PKK members use this situation to their own benefit.

Maruf emphasized that there is political stability and security in the KRG-administered region, underlining that compared to Iraq, the situation is more stable in terms of the economy, politics and security. The official called for the problem to be resolved as soon as possible as migrants stuck on the Belarusian border are facing inhumane conditions.

The PKK terrorist group often hides out in northern Iraq, just across Turkey's southern border, where it plots terrorist attacks against Turkey. The Turkish military regularly conducts cross-border operations in northern Iraq. Turkey has long stressed that it will not tolerate terrorist threats posed against its national security and has called on Iraqi officials to take the necessary steps to eliminate the terrorist group. Ankara previously noted that if the expected steps were not taken, it would not shy away from targeting terrorist threats.

Another topic Maruf touched upon was the representation of Turkmens in the KRG parliament. He emphasized that the Turkmen are an important component of Iraq and the KRG according to Iraq's constitution, highlighting that the Turkmen have always demanded their rights through peace and dialogue.

Noting that some parties presented projects to reduce the quota of Turkmen and Christians in the KRG parliament, Maruf said: “This is against the principles of democracy and human rights rules. Turkmens are the main elements of this region. We appeal to all parties; The presence of Turkmens in this region makes a great contribution to both the parliament and political formations and democracy.

"In the coming days, we will demand that this quota be increased with other deputies. The five quotas allocated to the Turkmens are very few. That's why we need to increase these five quotas to seven in the future. We expect support from all political parties, everyone in parliament and government."

Turkmens have the constitutional and national right to be represented by one ministry in the new government to be established in Iraq, Maruf stated, adding that they must be accepted as a nation in Iraq and have a place in the three main bodies, namely the presidency, prime ministry and parliamentary presidency.