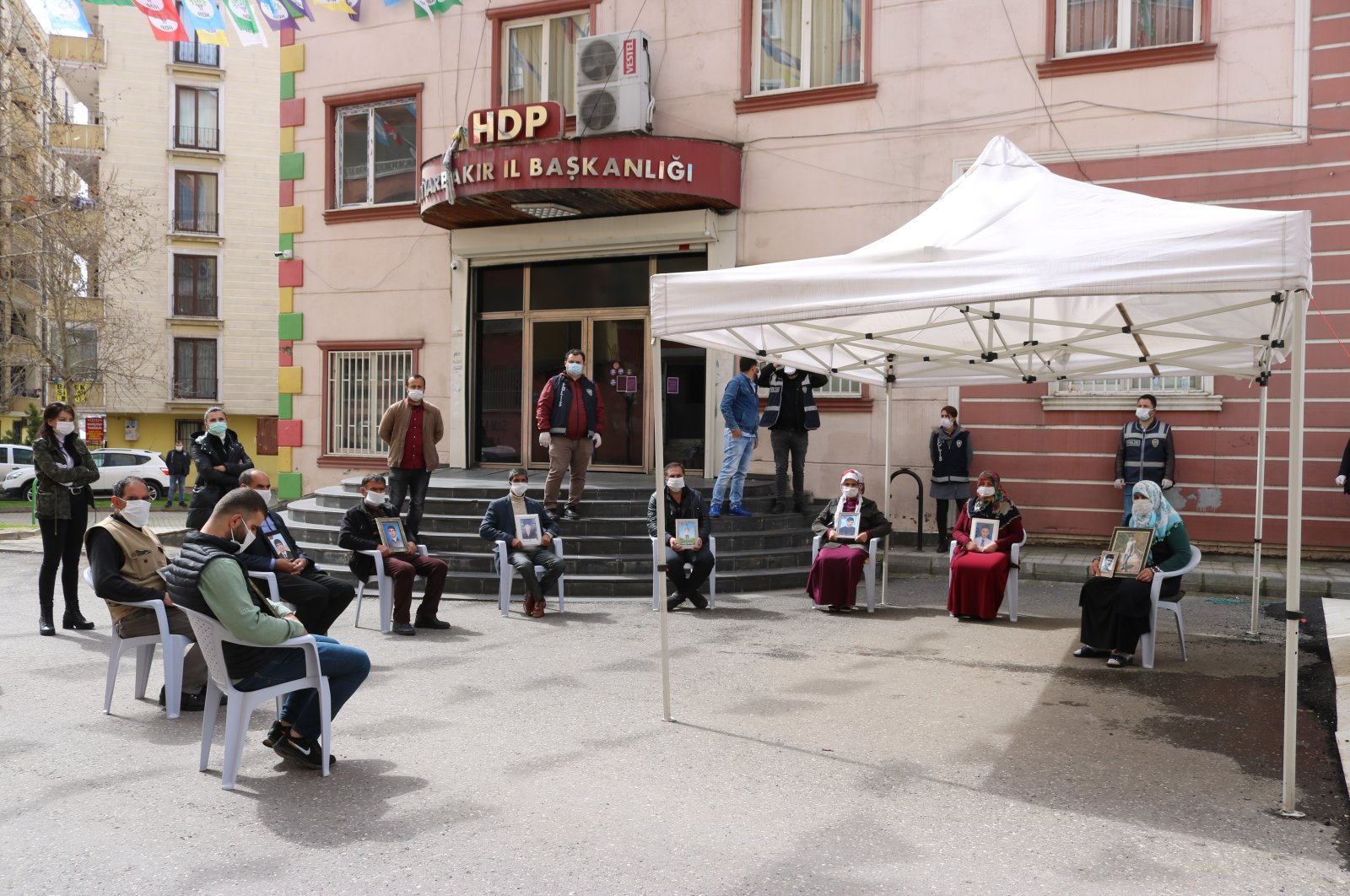 Kurdish families' protest against the PKK in southeastern Diyarbakır province has been an inspiration for families whose children abducted by the terror group. (İHA Photo)
by DAILY SABAH WITH AA Apr 05, 2020 12:50 pm
RECOMMENDED

A mother in Germany pleaded for her daughter, who was brainwashed into joining the PKK terror group, to return home before it is too late.

Instead of staging a protest in the streets due to the spread of the new coronavirus, Maide T. shared a video message, begging her daughter, Nilüfer, to return home because she was concerned about her well-being.

Nilüfer left home for school Nov. 12, Maide said, and has not been heard from since.

She said Nilüfer's decision was not a well-thought-out one, and her family was devastated following her disappearance.

"The path you follow is not right," she said. "I do not know if you are hungry or full... do not make me and your sisters suffer anymore."

Maide previously held a protest in front of Brandenburg Gate, a federal assembly and an association known to be affiliated with the terror group, where she called for Nilüfer's rescue.

In Turkey, families of children who were abducted, or brainwashed by the terror group have been staging a sit-in protest for more than 200 days outside the Diyarbakır offices of the People's Democratic Party (HDP), a political party that many of these families view as being in league with the YPG/PKK terror group.

In its more than 40-year terror campaign, the PKK – listed as a terrorist organization by Turkey, the U.S. and the European Union – has been responsible for the deaths of 40,000 people, including women, children and infants.