Number of PKK members to surrender reaches 51 in 2021 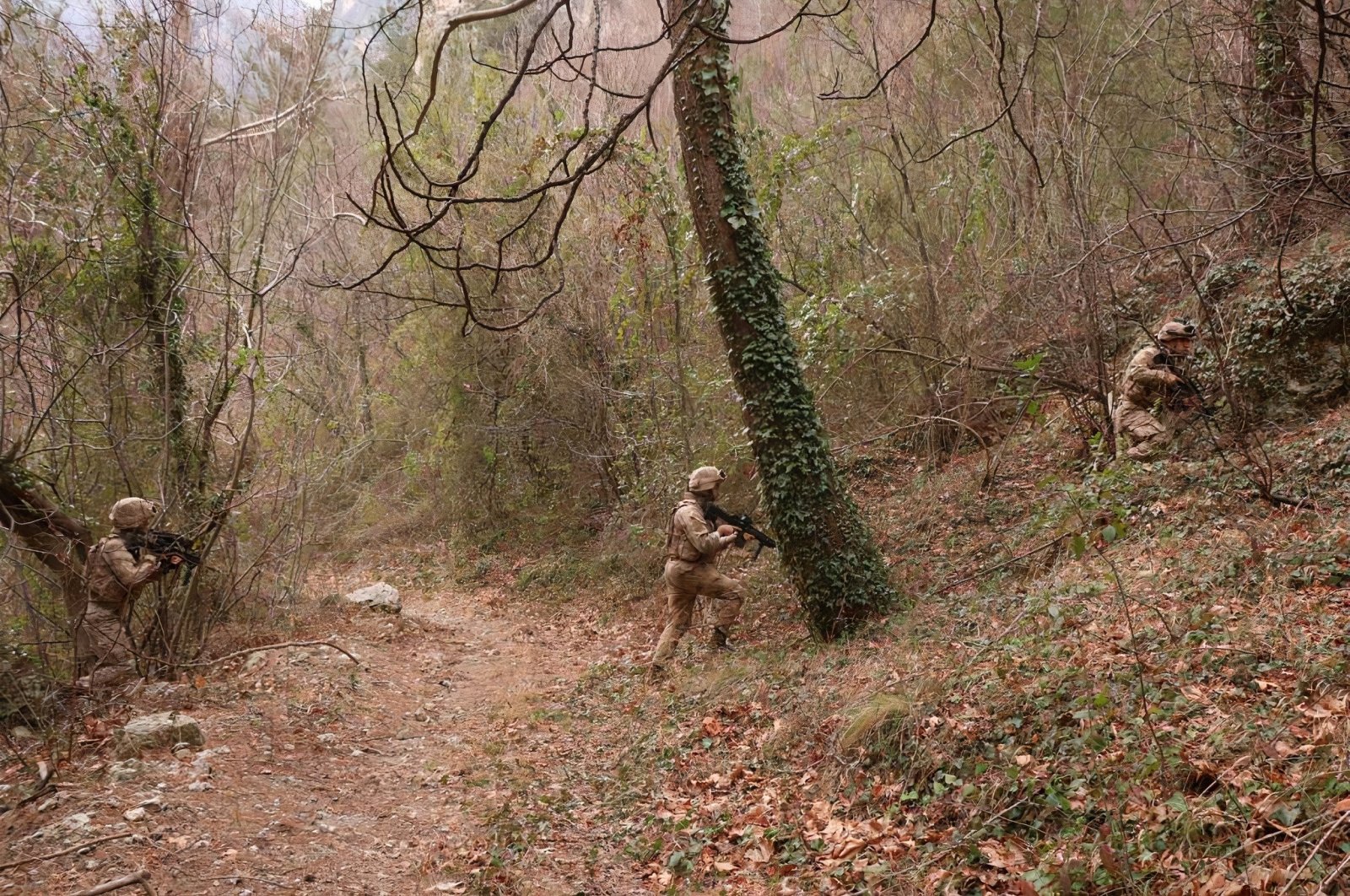 The Interior Ministry reported on Wednesday that another PKK member surrendered to security forces as a result of persuasion.

According to a statement from the ministry, as a result of the persuasion efforts carried out by the General Directorate of Security and Gendarmerie General Command, another PKK member who escaped from the terrorist group, entered Turkey and surrendered to security forces.

It was determined that the surrendered member joined the terrorist organization in 2005 and was operating in Iraq.

With this latest addition, the number of members of the organization who surrendered through persuasion this year reached 51.

Meanwhile, a total of 382 PKK terrorists were killed during the counterterrorism operations conducted in the first three months of the 2021, the ministry expressed in another statement.

The relentless pursuit of the Turkish Armed Forces (TSK), the General Directorate of Security, the Gendarmerie General Command and the National Intelligence Organization (MIT) against terrorist organizations trying to disturb the peace in the country continues with the support of the security guards.

The security forces, day and night, in city centers and rural areas, domestically and abroad continued their operations by staying in the field for weeks despite adverse weather conditions and dealt a heavy blow to the PKK terrorist organization. According to the information compiled by the Anadolu Agency (AA), 382 terrorists were killed in air and ground operations in the country and abroad between Jan. 1 and March 31. During this period, 224 of the 815 suspects were detained.