Operations continue in N Iraq against PKK as mourning ends 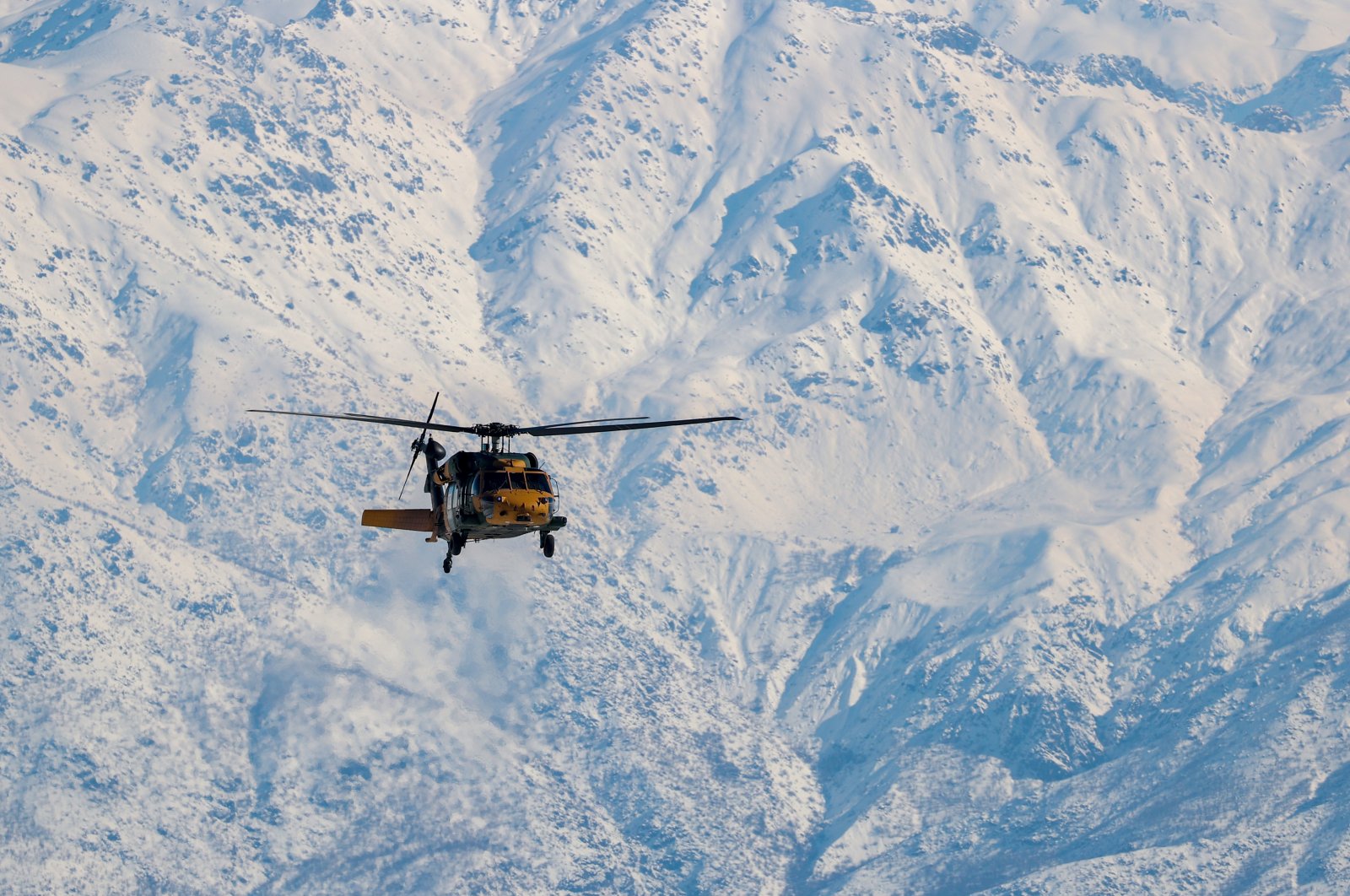 Turkey’s operations against the PKK terrorist organization continue decisively in northern Iraq after 13 Turkish citizens were recently executed by the terror group and Turkey gradually leaves the mourning behind.

The terrorists were followed closely after intelligence learned that they were going to hold a secret meeting in the region.

The Turkish Armed Forces (TSK) regularly conducts cross-border operations in northern Iraq, a region where PKK terrorists have hideouts and bases from where they carry out attacks in Turkey.

Meanwhile, the case over the killing of Yasin Börü, Ahmet Dakak, Riyat Güneş and Hasan Gökguz during unauthorized demonstrations held for the Oct. 6-7 incidents by PKK supporters continued. The public prosecutor stated that the current situation of the arrested defendants will continue and that a criminal complaint will be filed against five defendants that voiced pro-PKK sentiment.

The pro-PKK Peoples' Democratic Party (HDP) triggered a response from its supporters following the Daesh terror group's attack in the northern Syrian city of Ayn al-Arab (Kobani), resulting in mass incidents of violence in 35 provinces, 96 districts and 131 settlements. The clashes mostly have taken place between the pro-PKK protesters and the conservative Free Cause Party (HÜDA-PAR) followers, two groups that are in a feud since the 1990s.

On Sept. 25, 2020, prosecutors in the capital Ankara said in a written statement that many players, including PKK terrorist ringleaders, urban agents, HDP members and HDP co-chairs, called on people to take to the streets and commit acts of terrorism.

The HDP has many times drawn outcry for transferring taxpayer money to the PKK. The party's mayors and local officials have been found to misuse funds in support of the PKK terrorist group and provide jobs to PKK sympathizers. HDP mayors have also been accused of undermining municipal services, allowing the PKK to dig ditches in the streets and launch attacks on police and soldiers when the terrorist group adopted an urban warfare strategy in July 2015, ending a two-year reconciliation period.

A group of families in southeastern Diyarbakır province are also protesting the PKK in front of the provincial HDP building for abducting their children.

Furthermore, people living in Sivas province’s Zara district, where the PKK killed nine citizens 26 years ago in the Selimiye village, demand the party to be closed since it supports the terror group.

One of the citizens, Mehmet Fethi Kaya, who lost three siblings during the attack, stated that the terror group killed nine people and burned down houses in the village.

He stated that one of his brothers who was killed in the attack was only 15 years old.

“I do not want the HDP to be in the parliament; they are a political party supporting them (PKK).”