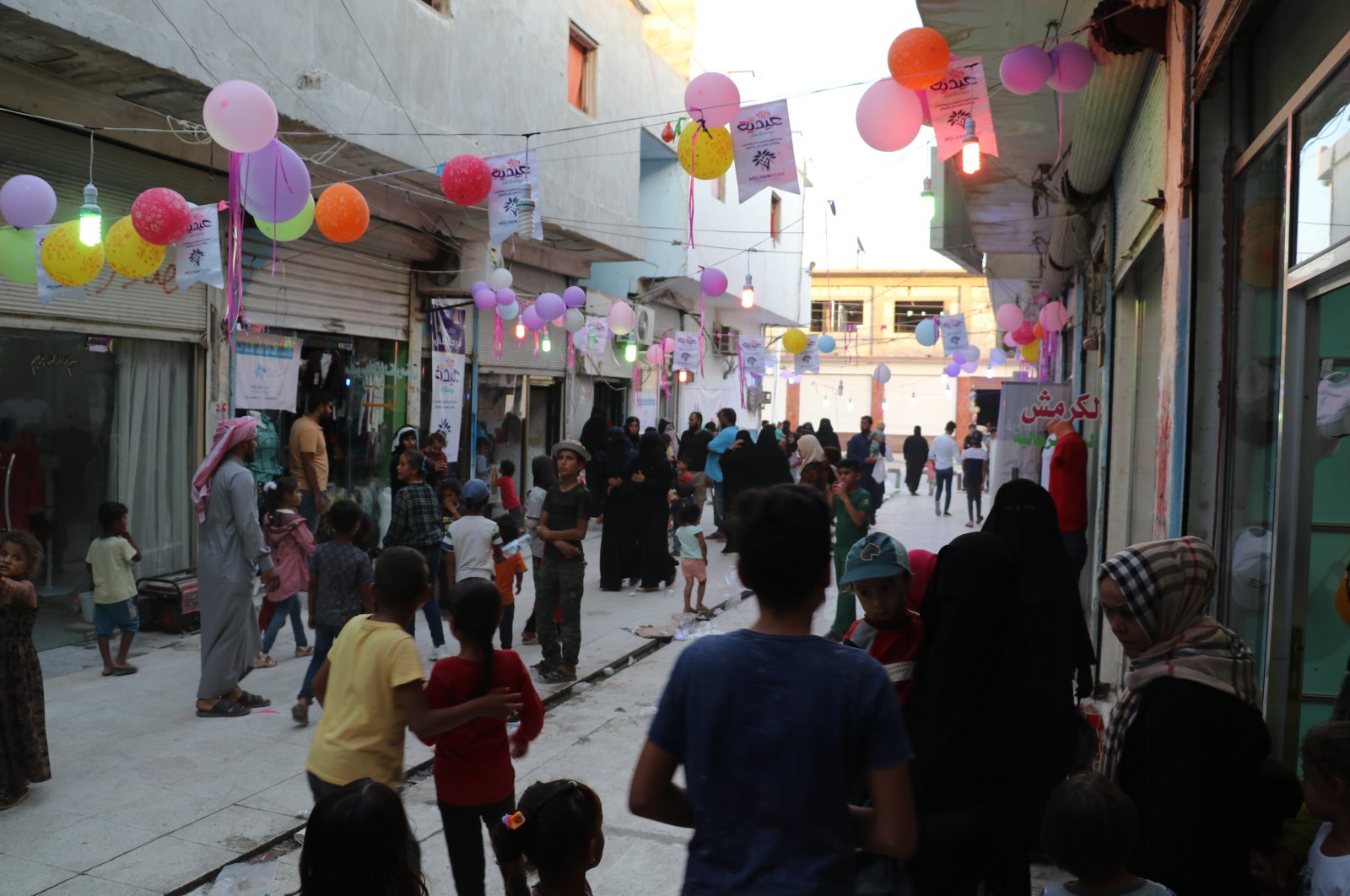 People in northern Syria's Tal Abyad and Ras al-Ain districts, cleared from the occupation of the YPG, the PKK terrorist group's Syrian branch, through Turkey's Operation Peace Spring in 2019, are preparing for their second Qurban Bayram, also known as Eid al-Adha, in a secure and stable environment following the liberation. To add to the festive atmosphere, the electricity in the Tal Abyad district as a result of Turkey's efforts has created a long-awaited feeling of happiness.

"For the first time in 10 years, I had a holiday outfit sewn. Gellabiyye, one of the local clothes of the region. We are sitting under the electric lamps that are burning late at the moment. We are cheerful and happy," Majid Bahtavi from Tal Abyad told Anadolu Agency (AA).

Abu Bilal, the manager of the first bath opened in Tal Abyad, said: "There is literally a double feast in Tal Abyad. Turks visit the bath in the market more than Syrians. This indicates the atmosphere of trust in the region."

Bashir Abu Subhi, one of the commanders of the Syrian National Army (SNA), also said: "We increased the road checkpoints not because we were afraid, but to reinforce the atmosphere of trust. All vehicles and motorcycles entering the market are being checked."

Locals living in areas held by the YPG have long suffered from its atrocities as the terrorist organization has a notorious record of human rights abuses, ranging from kidnappings, recruitment of child soldiers, torture, ethnic cleansing and forced displacement. While the terrorist group increased its oppression ahead of Turkey's cross-border operation, they planted explosives and converted many schools and other public buildings into military bases, with some even hosting tunnels for terrorists to hide in and escape.