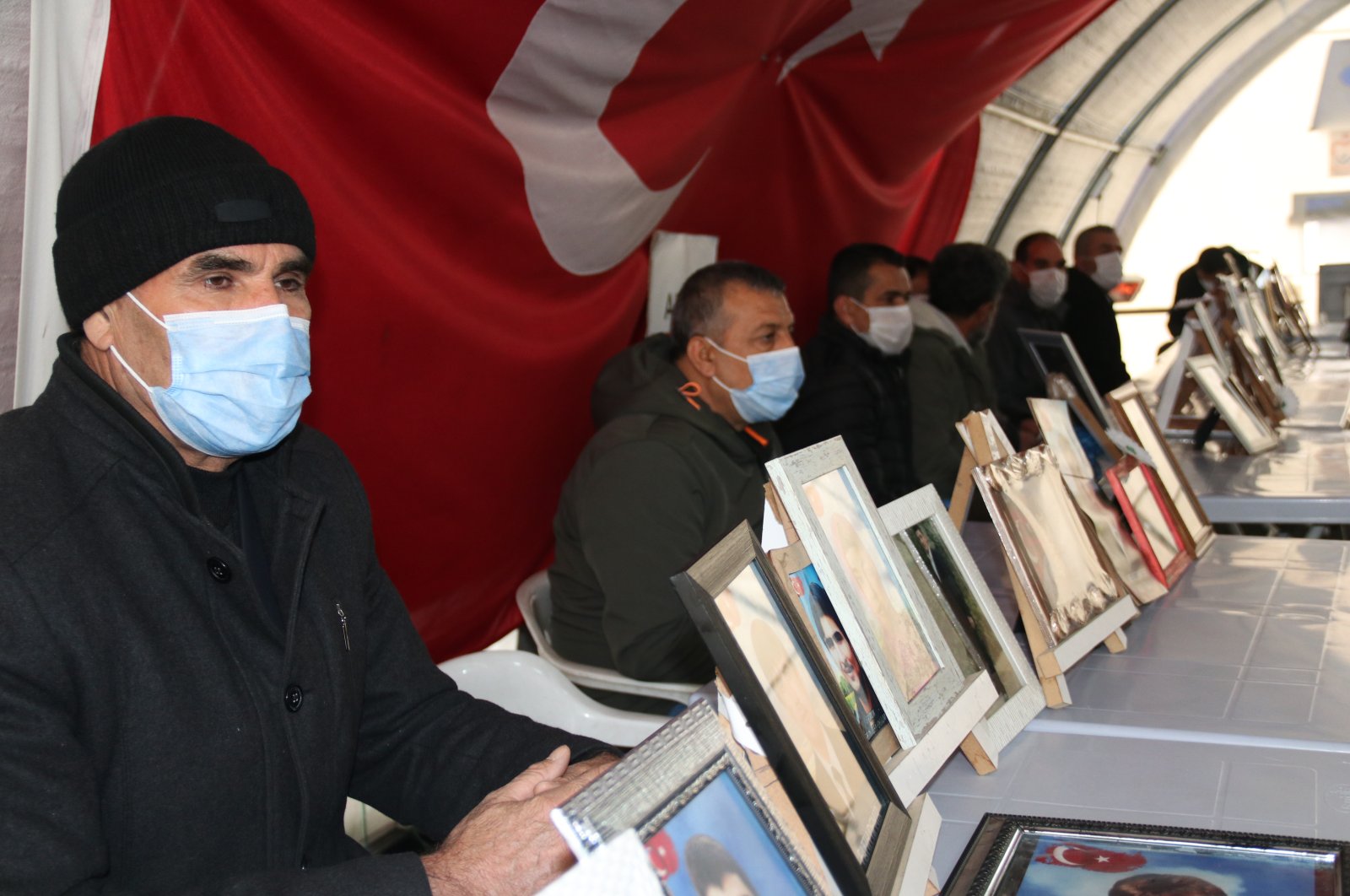 Kurdish families, whose children were abducted by the PKK, conduct a sit-in protest against the terror group in southeastern Diyarbakır province, Turkey, Jan. 20, 2021. (AA Photo)
by DAILY SABAH WITH AA Jan 20, 2021 5:14 pm
RECOMMENDED

The PKK terrorist organization has launched a media campaign to smear an ongoing sit-in protest in southeastern Turkey's Diyarbakır province against the terror group.

A sit-in protest by families seeking the return of their children kidnapped by the PKK terror group entered its 505th day Tuesday.

According to security sources, the so-called leaders of the terror group have banned its members from watching television due to the protest, while they also mobilized media outlets backing the terrorist group to slander them.

Through these media organs, the PKK is producing fake news to slander the protests.

Supporters of the terror group have produced fake news reports claiming that police offered TL 10,000 ($1,340) to a woman named H. Sever, to join the sit-in outside the provincial office of the pro-PKK Peoples' Democratic Party (HDP).

Upon his reluctance, security forces did not contact Sever again.

It was also reported that security forces never met with the mother, H. Sever.

Since 2016, 874 members of the PKK have surrendered solely by persuasion, according to security sources.

So far, 22 families have reunited with their children due to the sit-in.

Hacire Akar, who claimed her son was kidnapped and brought to the mountains by the PKK, started a sit-in protest in front of the Diyarbakır headquarters of the HDP on Aug. 22, 2019. After she was reunited with her child on Aug. 24 as a result of her determined struggle, other mothers began to gain hope.

Taking Akar's struggle as an example, three more mothers – Fevziye Çetinkaya, Ayşegül Biçer and Remziye Akkoyun – started a fresh sit-in in front of the HDP building on Sept. 3, 2019, and the protest has been growing day by day since then. The number of families coming from all over the country to protest the pain of being separated from their children reached nearly 200.