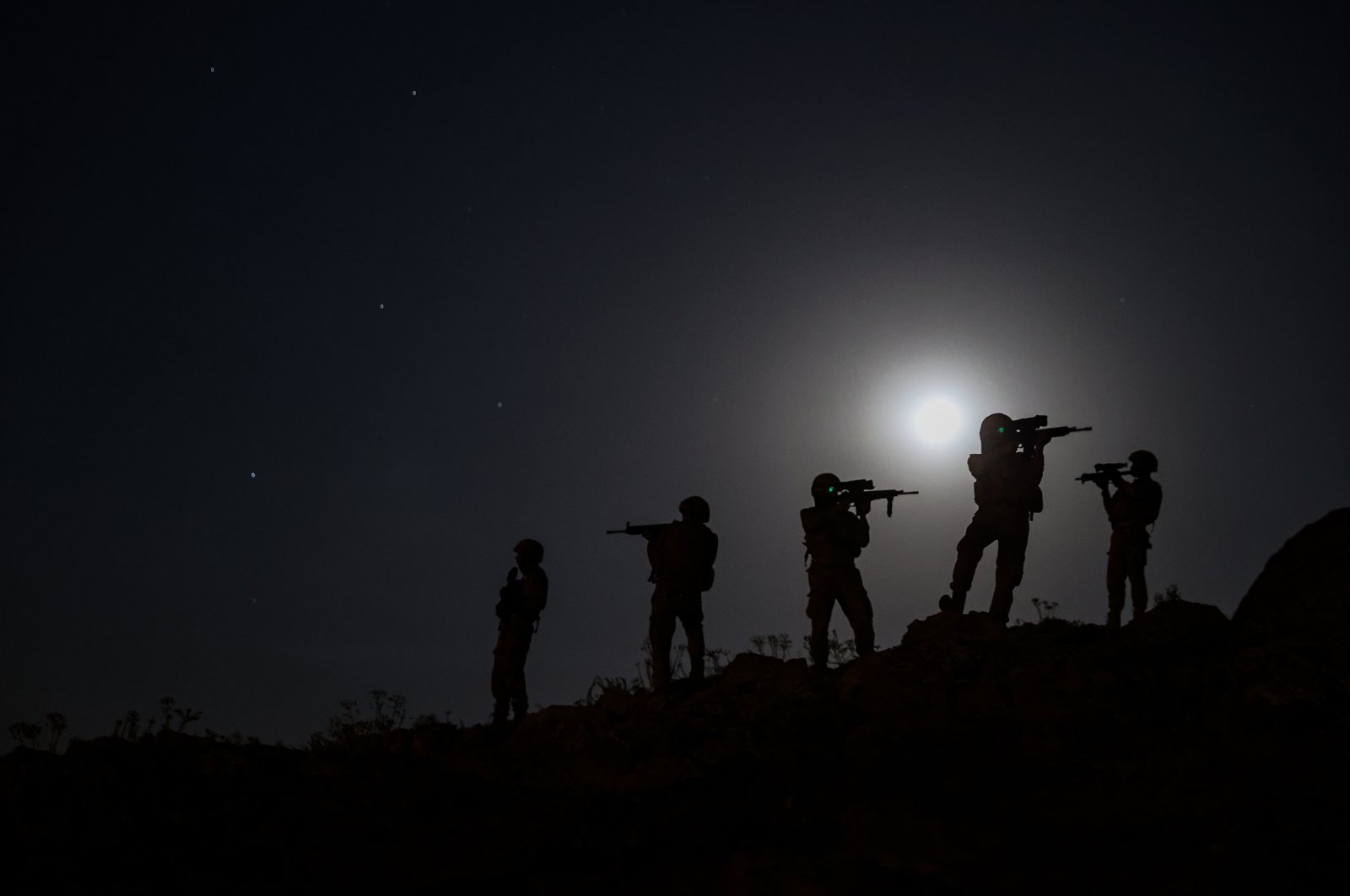 One more PKK terrorist has surrendered and security forces have killed a further 14 terrorists in both internal and cross-border operations.

According to security sources speaking to Anadolu Agency (AA), the accused terrorist joined the PKK in 2016 and carried out terrorist activities in Syria and Iraq.

With the latest surrender, the number of terrorists who have laid down their arms through persuasion efforts this year now stands at 129.

The Interior Ministry said the terrorists were killed within the scope of the Eren-14 anti-terror operation.

In January, Turkey launched Operation Eren, named after Eren Bülbül, a 15-year-old killed by PKK terrorists on Aug. 11, 2017. It aims to eliminate the terrorist group and clear the region of terrorists.

Under the Eren counterterrorism operations, one terrorist in Hozat in eastern Tunceli province and three terrorists in Van province were killed, the ministry said.

The successful operations included gendarmerie special operations teams who were supported by aerial elements, it added.

In a separate but related development, two terrorists of the PKK’s Syrian wing, the YPG, were eliminated by Turkish troops in northern Syria, said the National Defense Ministry.