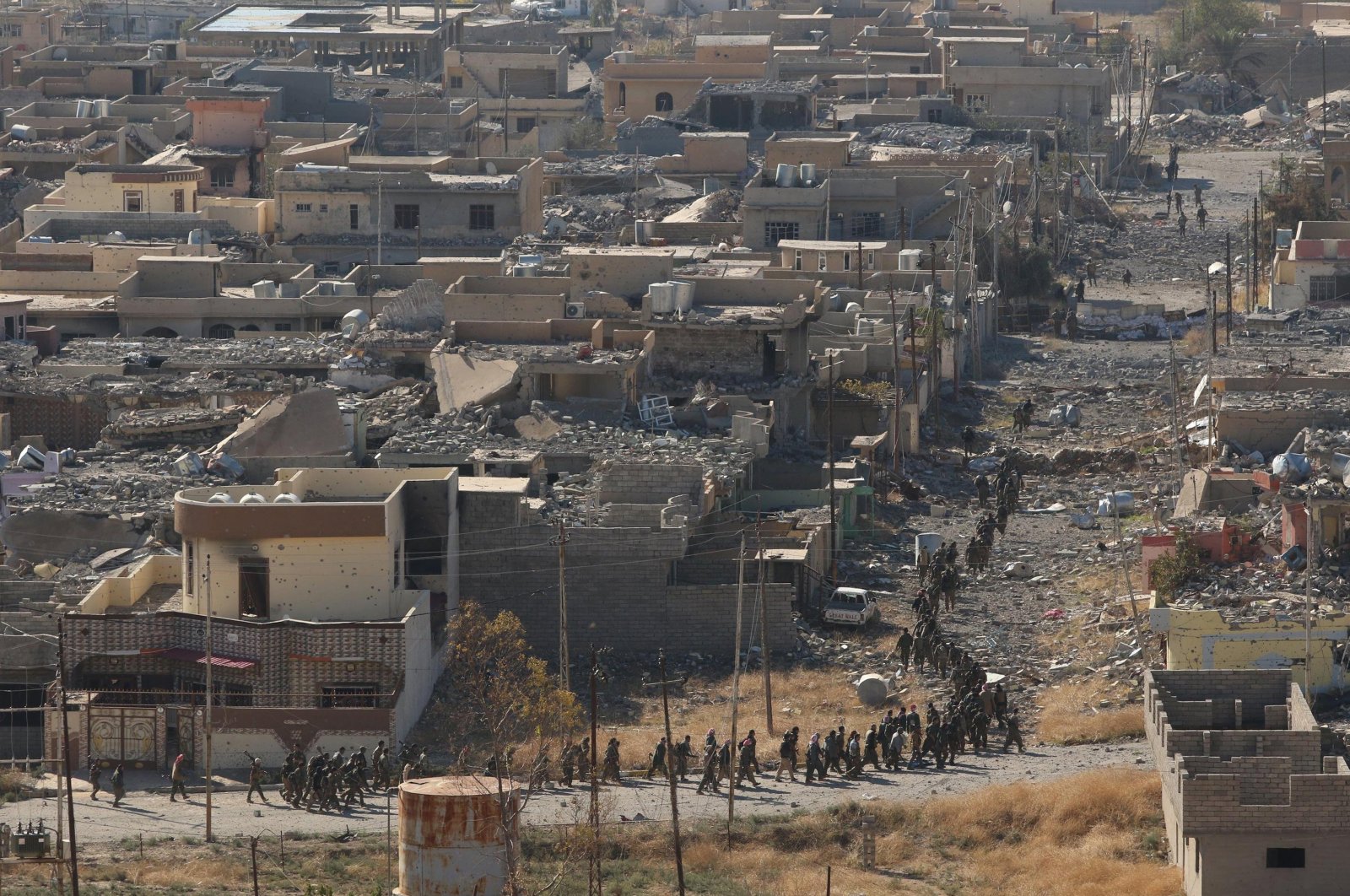 A view from the town of Sinjar during the clashes between Kurdish peshmerga forces and the Deash terror group militants, Iraq, Nov. 13, 2015. (REUTERS Photo)
by DAILY SABAH WITH AA Nov 26, 2020 11:17 am
RECOMMENDED

The PKK terrorist group, whose presence in northern Iraq has been made difficult due to Turkish security forces’ operations and the implementation of the Sinjar deal, targets the region’s sources of income in order to weaken the Kurdistan Regional Government (KRG).

While the Iraqi central government and the KRG announced last week that the Sinjar deal, inked between Baghdad and Irbil in October under the auspices of the United Nations, has been put into practice, the PKK’s new strategy seems to be disrupting relations and coordination between the central and regional governments, according to an Anadolu Agency (AA) report. Preventing the effective implementation of the deal, the PKK aims to maintain its presence and activity in the region.

On Oct. 9, the Iraqi prime minister's office announced it reached a "historic deal" with the KRG, an agreement that will bolster the Iraqi federal authority in Sinjar under the constitution in terms of governance and security.

The Iraqi prime minister's spokesperson, Ahmed Mulla Talal, said in a Twitter statement that the agreement will end the authority of intruding groups in Sinjar, referring to the PKK.

The next day, the Iraqi parliament also said the settlement agreement between the Iraqi government and Iraq's KRG on the status of the Sinjar district will accelerate the return of displaced people.

It was recently reported that some residents have begun to return to their homes in the region and steps for putting Sinjar’s administration under the full control of the KRG have been taken. Within the context of the deal, efforts for a new administration model in Sinjar also continue along with ongoing regulations to provide a stable environment in the region. All these developments have put PKK’s presence and activity in the region in a difficult situation for the group.

In order to block the implementation of the deal and to stop the return of local people, the PKK has started to target the region’s sources of income, local sources told AA.

It was also reported that Turkish security forces’ intense cross-border anti-terror operations targeting northern Iraq have delivered a huge blow to the group.