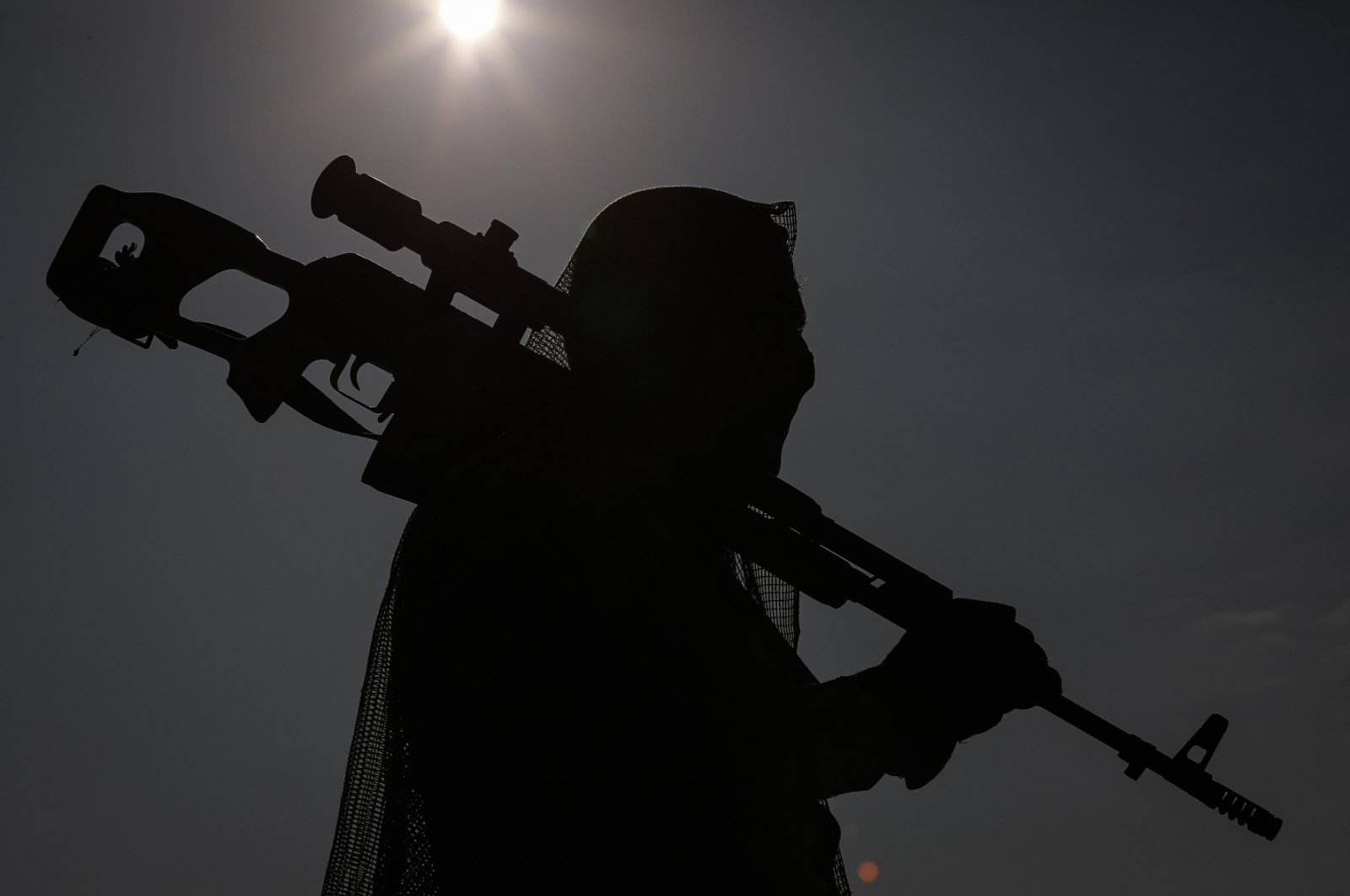 A soldier stands in position during a military training by the Iraqi Emergency Response Brigade (ERB) at a training ground in Balad Air Base, Baghdad, Iraq, Dec. 8, 2020. (Getty Images)
by DAILY SABAH WITH AA Sep 16, 2021 8:15 am
RECOMMENDED

The PKK terrorist group, in a renewed attack on Peshmerga forces, killed two when three explosives detonated in northern Iraq’s Duhok province, according to reports by local media on Wednesday.

According to Irbil-based Kurdistan 24 news outlet, injuries were also reported from the blast in Nahla valley of the Aqrah district.

Tensions between the PKK and the Kurdish Regional Government (KRG) of northern Iraq have been rising since last December, when the PKK moved in northeastern Syrian city of Hassakeh against the Kurdistan Democratic Party (KDP). The KDP is the largest party in the autonomous region with offices and deep-rooted relations in neighboring countries.

The PKK terrorist group also accuses the Irbil administration of collaborating with Turkey in its successful anti-terror operations in northern Iraq and is therefore attacking Peshmerga forces in the KRG.