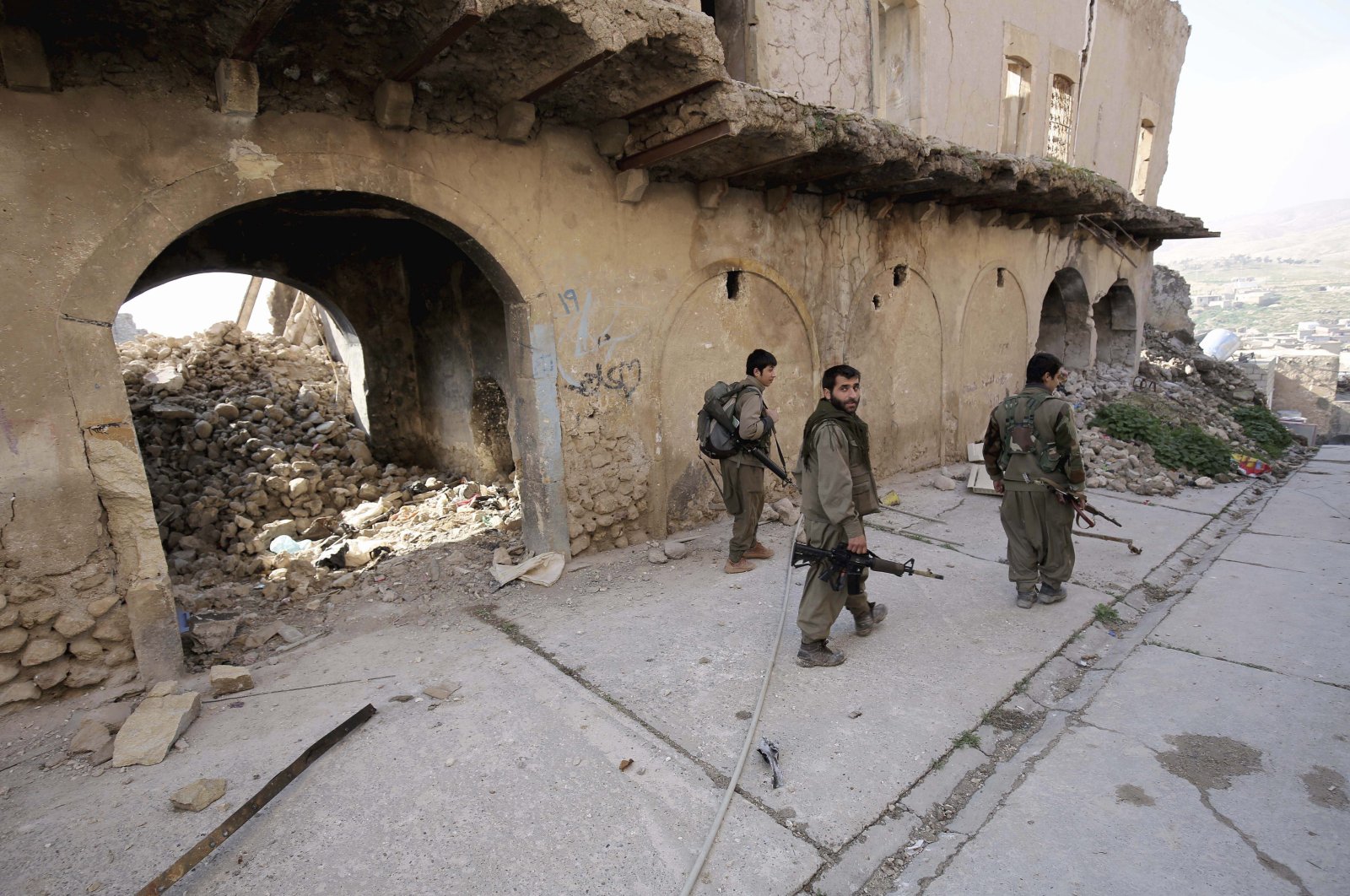 PKK terrorists abducted 52 people in northern Iraq's Sinjar region on Tuesday, according to a report.

Peshmerga commander Shemo Ido reported the incident in a statement, according to the Irbil-based broadcast news station Kurdistan 24.

Ido added that the fate of those abducted is unknown.

Although an agreement was signed between the Iraqi government and the Kurdish Regional Government (KRG) on Oct. 9, 2020, which stipulated ending the PKK's presence in Sinjar, the terrorist organization has stepped up its activities.

The Sinjar deal, signed under the auspices of the United Nations in October of last year between the central government in Baghdad and the Kurdish Regional Government (KRG), envisages clearing the region of PKK terrorists.

The PKK established a base in Sinjar in mid-2014, on the pretext that it was fighting against Daesh to protect the local Yazidi community. However, rather than providing protection for the Yazidis, the PKK terrorists ended up forcefully recruiting their children, torturing the locals and disrupting educational and health services. The Yazidis, in return, have staged demonstrations to protest the oppression, demanding that the Iraqi central government and the KRG wrest control from the terrorists.

The Kurdistan Regional Government (KRG) and PKK have had an on-and-off relationship, as the former had enforced a unilateral economic blockade against the YPG-led administration. Their relations seemed to have improved slightly following Turkey’s cross-border anti-terror operations in northern Syria. While the KRG had previously called the PKK's presence in Sinjar “unacceptable” and urged the terrorists to leave the area, the administration also sent medical aid to the YPG in northern Syria at the beginning of the COVID-19 pandemic in 2020.