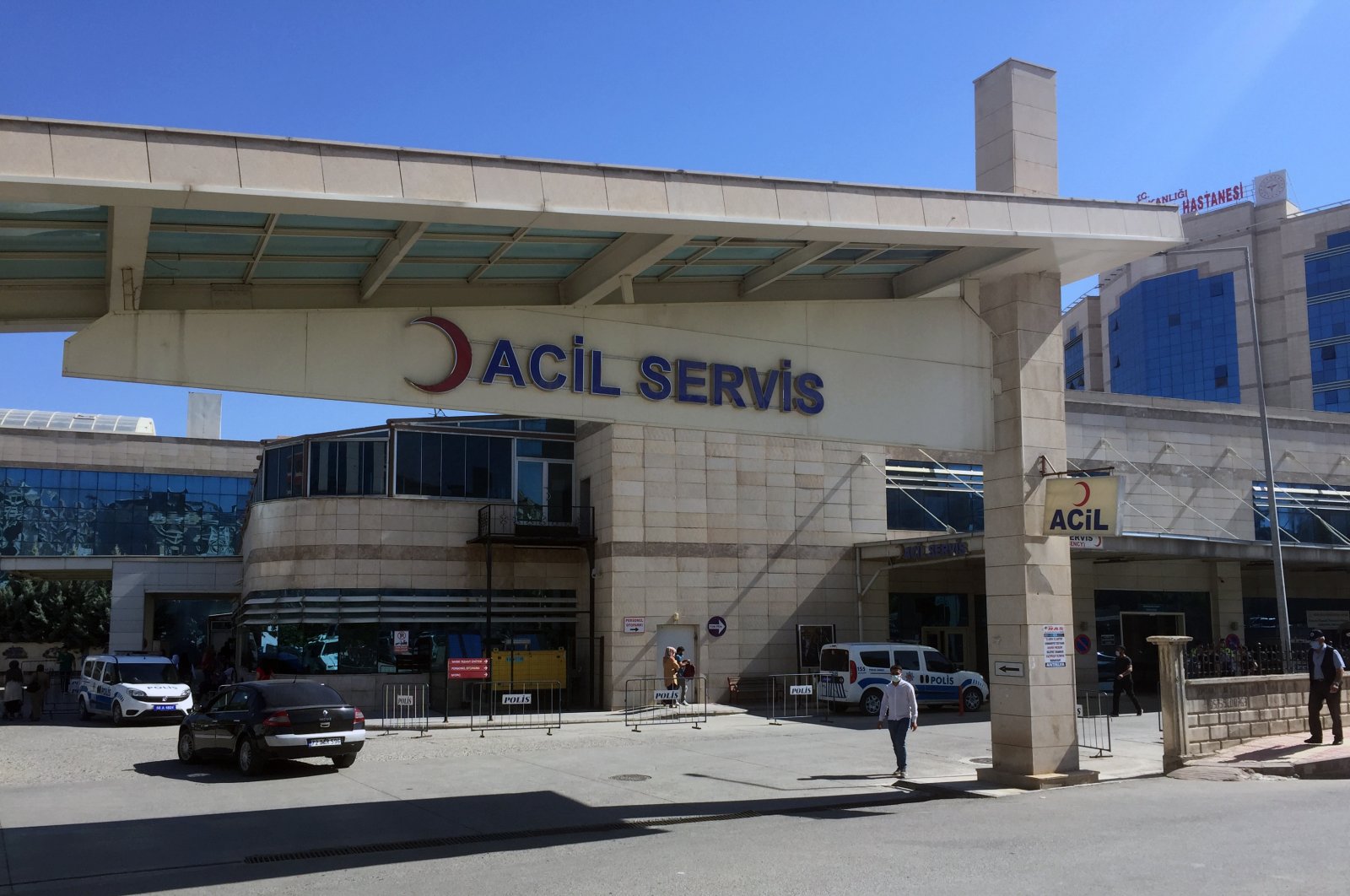 A general view of the emergency entrance of the Siirt Training and Research Hospital, where the security guards injured in PKK terrorist attack were hospitalized, Siirt, Turkey, June 10, 2021. (AA Photo)
by DAILY SABAH WITH AA Jun 10, 2021 9:46 am

PKK terrorists killed a security guard and injured another one in an attack on a military base in Turkey’s southeastern Siirt province early Thursday.

According to a statement by the Siirt Governor's Office, PKK terrorists attacked the Değirmentaşı Military Base in Pervari district using long-barreled weapons.

Security guard Mehmet Babat was killed and his colleague Siddik Bulut was wounded.

Bulut was taken to Siirt Training and Research Hospital.

An operation against the terrorists continues in the region.

PKK terrorists recently increased their attacks on Turkish military facilities. On May 11, they attempted to target Turkish soldiers in northern Iraq's Metina region, while later in May they used two model planes to attack the 8th Main Jet Base Command in Diyarbakır province.