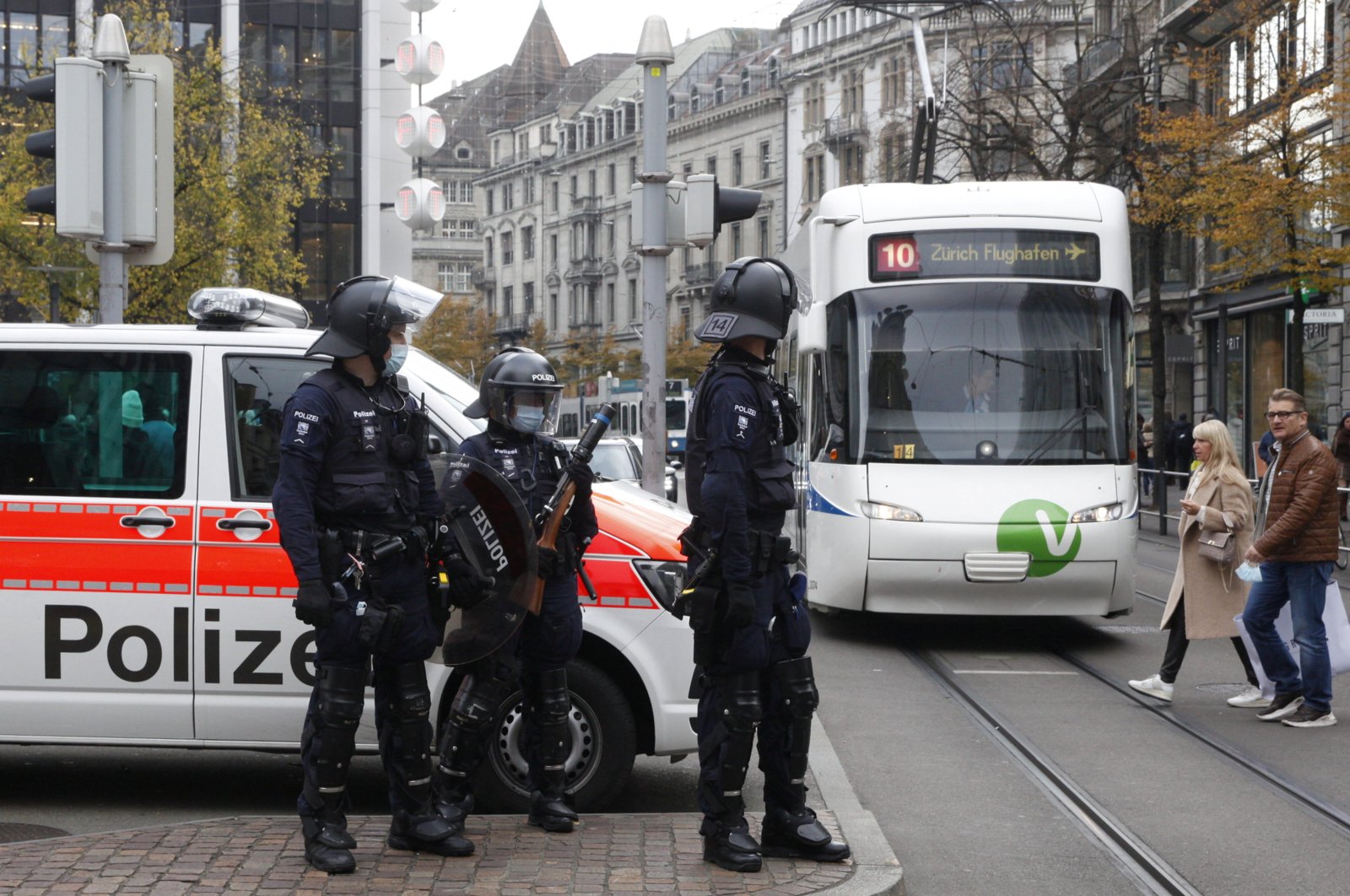 Members of the PKK terrorist organization in Switzerland tortured a man they suspected of having connections to Turkish authorities, according to a report by a Swiss daily published Sunday.

The victim, who changed his name to Aydın K. and works in a pizzeria in the town of Biel just northwest of the capital Bern, was interrogated for more than six hours by six PKK members, who threatened to kill him, a report by the Berner Zeitung said.

An indictment prepared by the prosecution said the six PKK members committed a range of crimes including "cruel treatment," "torture," "beating" and "forced confession" in a restaurant's cellar in May 2019, said the report which also touched on the alleged collusion between Swiss authorities and the PKK.

The PKK members reportedly accused Aydın K. of providing Turkish authorities with the name of the pizzeria's owner, who was detained in Turkey for their links to the PKK – a claim the victim denies.

They allegedly locked a barefoot Aydın K. in the restaurant's walk-in freezer twice for about 10 minutes each time, the report said, citing the indictment. It added that they repeatedly threatened to "break all his bones, dismember him and leave him in the freezer until the next morning."

According to the report, the PKK members also showed him photos of his children and threatened to harm his family.

Deniz D., a so-called senior member of the terrorist group in Switzerland, threatened Aydın K. in a bid to manipulate him to confess to their accusations and cooperate.

Also the head of its so-called "torture unit," Deniz D. reportedly brandished a knife and one of the suspects stabbed the victim in the calf.

Four of the six suspects who took part in the torture were put on trial, while Deniz D. and another unidentified suspect fled the country.

Describing the measures taken by Swiss authorities in the case as "questionable," the report blamed officials for the escape of Deniz D. and the other fugitive, who is also thought to be one of the terrorist organization's so-called top members.

Stating that their escape was "not a coincidence," journalist Kurt Pelda said: "Outraged by the incident in the pizzeria, a federal authority contacted the Swiss PKK leadership and issued a warning. Then, Deniz D. quickly packed his bags and disappeared abroad."

"The responsible public prosecutor from Biel initially only ordered a nationwide manhunt, and so Deniz D. was able to escape. There are many signs that the authorities did not want to expose the PKK too openly," said the report.

Switzerland's lack of recognition of PKK as a terrorist organization has attracted criticism as the country has become a "safe haven" for the terrorists.

Turkey has long criticized European authorities for tolerating the PKK in their countries and has pressured them to take stricter measures against the propaganda, recruitment and fundraising activities of the group. Despite its status as a designated international terrorist organization, the PKK has enjoyed relative freedom in European cities and has a particularly strong presence in Germany. PKK supporters have been allowed to hold rallies, recruit militants and collect funds in Germany, which is home to some 5 million people of Turkish origin, including Kurds.