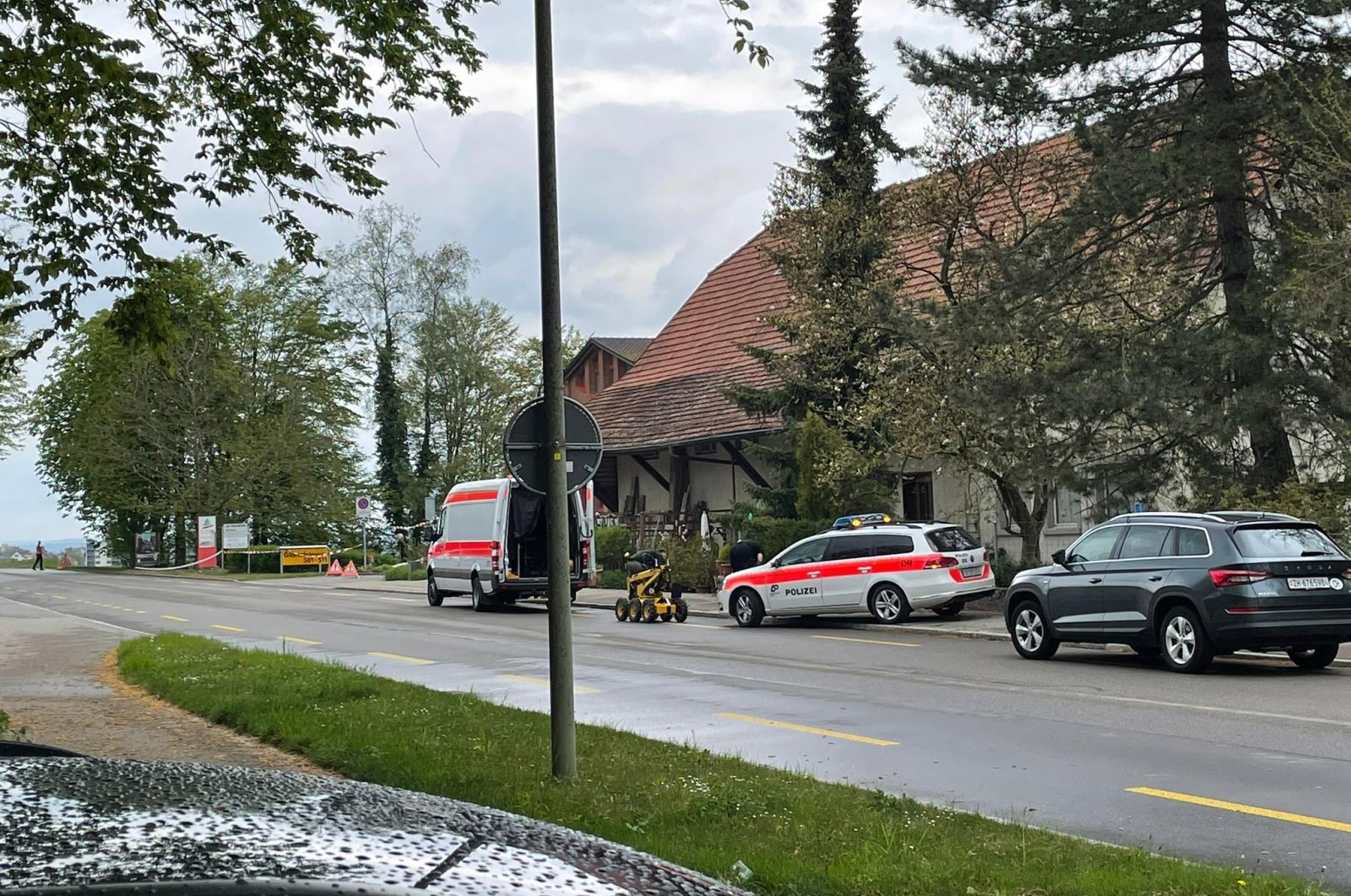 Government vehicles near are parked near where a bomb that was ready to explode was found in the mailbox of the headquarters of the Swiss Turkish Society (ITT), Rumlang, Switzerland, April 30, 2021. (AA)
by DAILY SABAH WITH AA Apr 30, 2021 1:51 pm
RECOMMENDED

A bomb ready to explode was found Thursday in the mailbox of the headquarters of the Swiss Turkish Society (ITT), which serves as the umbrella group of Turkish nongovernmental organizations (NGOs) in the Rumlang region of Switzerland.

ITT Chairperson Şeref Yıldız, who has been exposed to attacks by PKK supporters many times and had to leave the house where he lived for years because of the terrorist threat, spoke to the Anadolu Agency (AA) regarding the incident.

"They put a bomb in the ITT mailbox between the hours of 1:30 p.m. and 2 p.m. yesterday. I noticed the situation because the lid of the box was open. I immediately called the police,” he said.

Yıldız said that the police told him that the bomb was real.

"The police took the incident very seriously. Immediately, the area was cordoned off and the evacuation started. Even the entrance and exit to the town were closed. They also took us out of the building,” he added.

Yıldız stated that he gave a detailed statement to the police about the four hours prior the incident and said, "I call on the Swiss authorities to find those responsible as soon as possible and to give an account before the law. I had to leave my house in Basel where I have lived for years due to the threats. Now I have to keep my residence a secret," he continued.

Stating that the destructive power of the bomb has yet to be determined, Yıldız added that it has been examined by the Swiss police and the investigation continues.

PKK supporters of the terrorist group have been behind attacks on Turkish businesses and organizations in Switzerland in recent months.

Yıldız's house was attacked for the fifth time in the last two years by the supporters of the terrorist group PKK on March 17th.

Yıldız had to stay away from his house where his office was also located for 18 years because his children were worried about the increasing number of attacks.

Yıldız emphasized that he believes the bomb found in the mailbox of the ITT headquarters was planted by PKK supporters.

Turkey has long criticized European authorities for tolerating PKK activities in their countries and has pressured them to take stricter measures against the propaganda, recruitment and fundraising activities of the group. Despite its status as a designated international terrorist organization, the PKK has enjoyed relative freedom in European cities and has a particularly strong presence in Germany. PKK supporters have been allowed to hold rallies, recruit militants and collect funds in Germany, which is home to some 5 million people of Turkish origin, including Kurds.