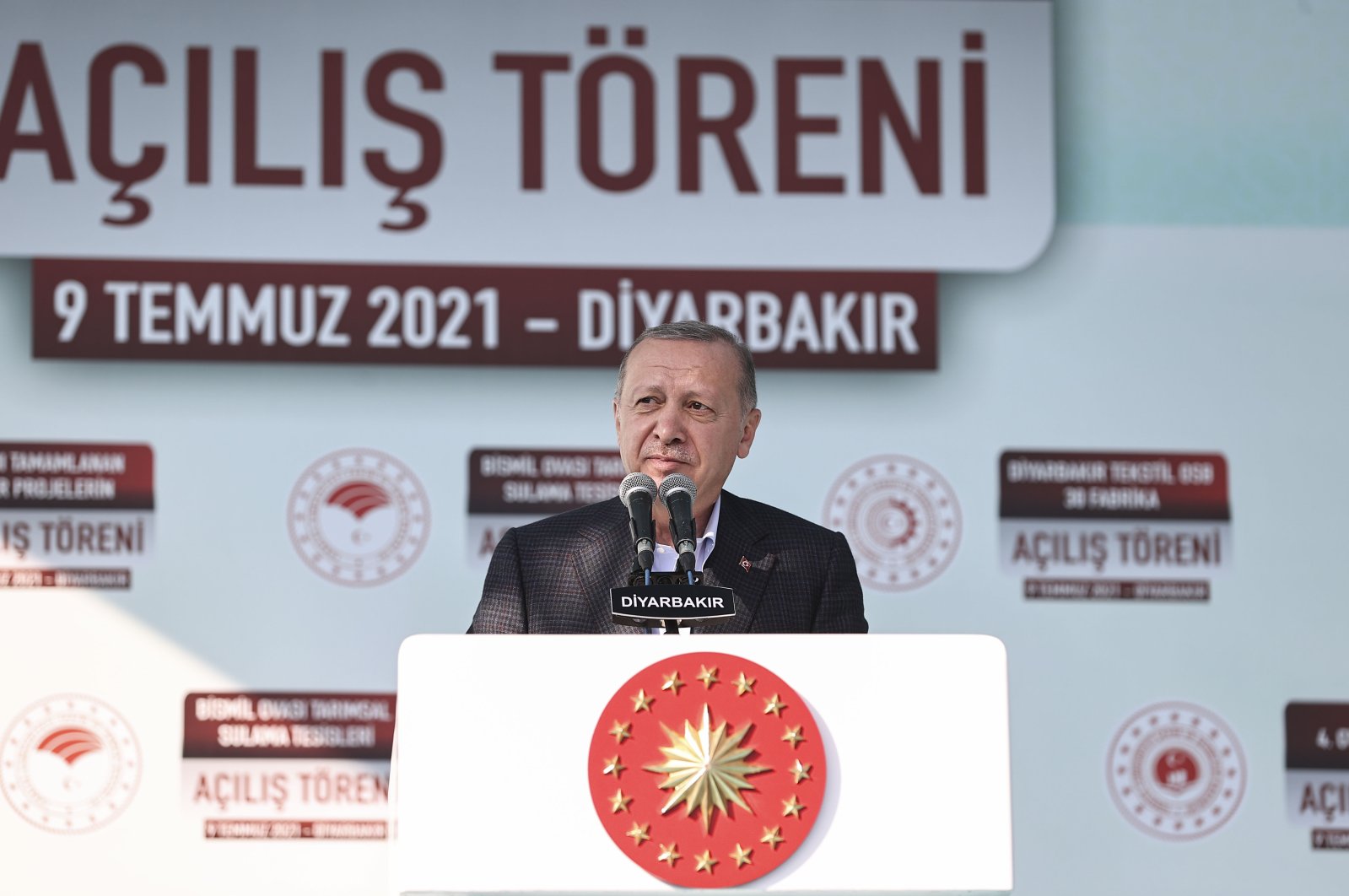 Turkish President Recep Tayyip Erdoğan slammed the PKK terrorist group and the People's Democratic Party (HDP) on Friday, calling them "exploiters" and the "worst thing to befall to region and Kurdish people in 1,000 years."

Speaking at the inauguration ceremony of an irrigation system and 30 factories in Turkey's southeastern province of Diyarbakır, Erdoğan said: "The PKK has killed or abducted over 50,000 people in the past 40 years. They have the blood of our brothers and sisters on their hands."

Erdoğan asserted that the PKK and its associated terrorist organizations were guilty of "crimes against humanity" for abducting 13-14 year-old girls to the region's mountains and abusing children.

He also accused the HDP of supporting terrorists while also "talking about peace, democracy and brotherhood without feeling any embarrassment."

"Every attempt against a country (by the PKK) is supported by politicians. They aren't real supporters of democracy. They are enemies and abusers of democracy," he added.

The president also underlined that the PKK and HDP's "hidden agenda and ill intentions" ended a peace process that lasted from 2013 until 2015.

He also announced that Diyarbakır Prison, "which has been long associated with cruelty, torture, and inhumane acts," would be turned into a cultural center.

In its more than 40-year terror campaign against Turkey, the PKK – listed as a terrorist organization by Turkey, the U.S., and the EU – has been responsible for the deaths of at least 40,000 people, including women, children, and infants.

The Turkish government says the HDP has links to the PKK terrorist group, and prosecutors have filed a suit with the nation's highest court to shut the party down.

Earlier in the day, Erdoğan had paid a visit to families protesting the PKK for abducting or forcibly recruiting their children. The families also accuse the HDP of complicity in their children's abduction or deception to join the PKK.

The protests outside the office of the HDP started in September 2019 with three mothers who said their children had been forcibly recruited by the terrorists.

Speaking to the families, Erdoğan voiced support for their cause and said both the Interior Ministry and other authorities would continue to work on reuniting them with their children.