PKK’s end is near with ongoing terror ops, Akar says 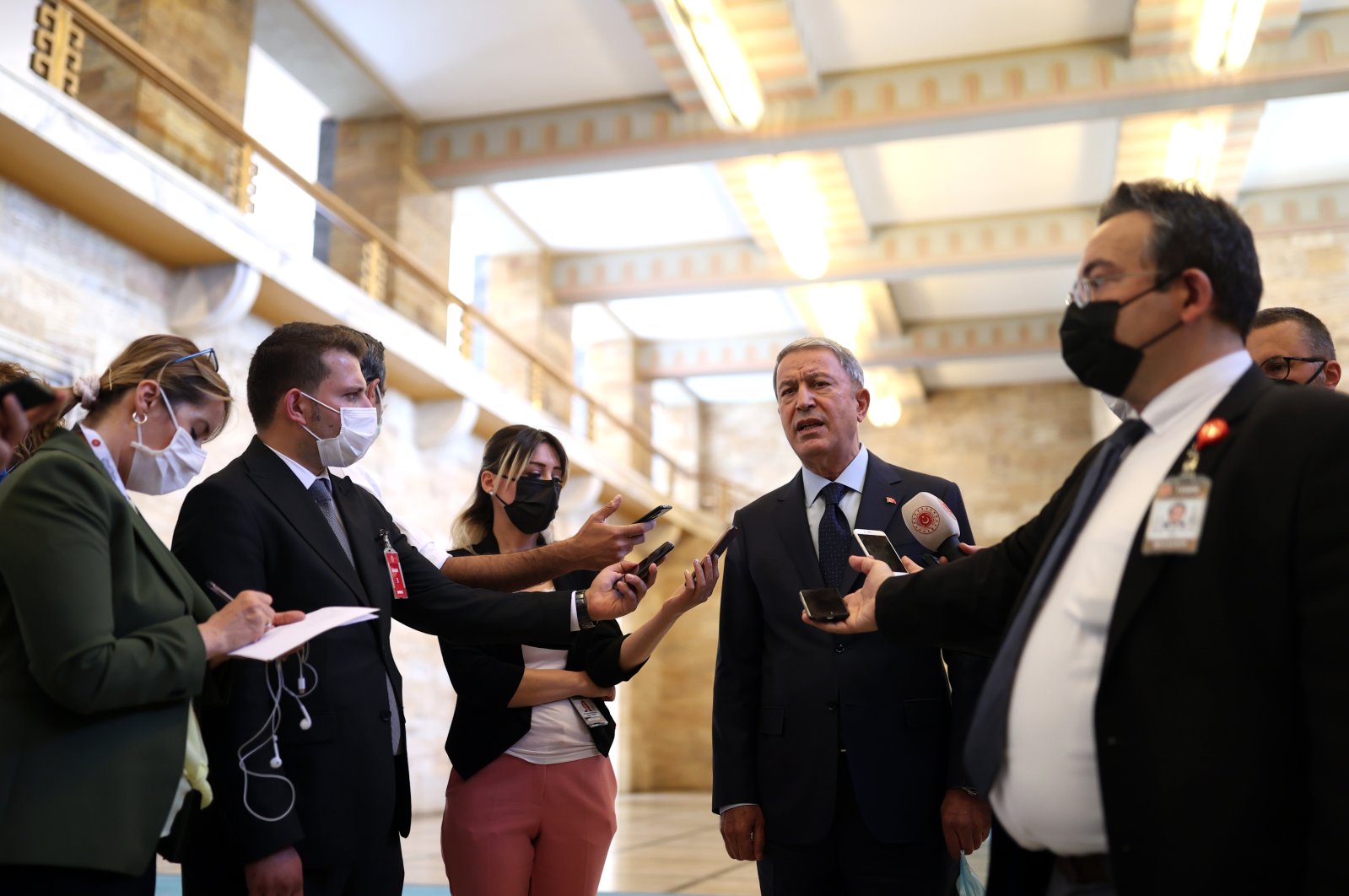 The PKK’s days are numbered and the lights of northern Iraq’s Qandil, the terrorist group’s so-called headquarters, are dimming and going out, Turkey's Defense Minister Hulusi Akar said Thursday.

Speaking to journalists at the Turkish Parliament, Akar pointed out that Turkish security forces have eliminated 121 PKK terrorists during ongoing operations in northern Iraq.

"We will go wherever the PKK terrorists are (hiding). We will protect our nation from the pain of terrorism," the minister said, referring to a possible operation in the Qandil mountains, which are located near Turkey's border with Iraq.

Northern Iraq is known as the location for many PKK terrorist hideouts and bases from which attacks can be carried out on Turkey.

The Turkish military regularly conducts cross-border operations in northern Iraq. Turkey has long been stressing that it will not tolerate terrorist threats posed against its national security and has called on Iraqi officials to take the necessary steps to eradicate the terrorist group. Ankara previously noted that if the expected steps were not taken, it would not shy away from targeting terrorist threats.

Akar also spoke about Turkey's efforts to resolve issues with Greece, saying Ankara will continue to proceed "in accordance with international law and with respect to good neighborly relations."

"We will have a meeting with our Greek counterparts next week within the framework of confidence-building measures," he said.