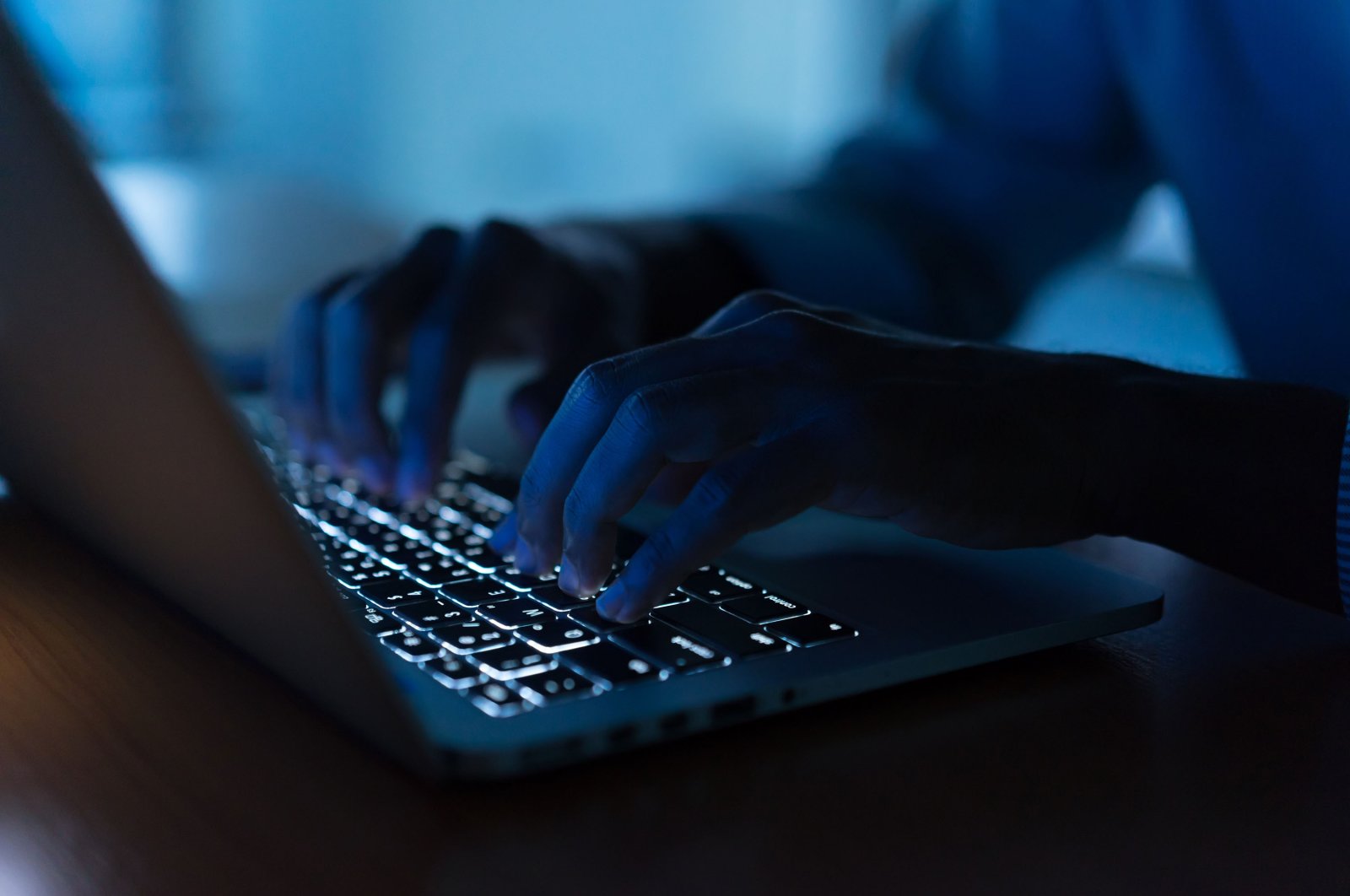 Man types on a laptop in the darkness in this undated file photo. (Shutterstock File Photo)
by Dilhan Dumanoğlu Dec 27, 2021 3:43 pm

Some members of the PKK terrorist group’s hacker teams detained in nationwide operations in Turkey earlier this month have pleaded guilty to unlawfully accessing information on state websites and carrying out cyber attacks.

According to the testimony of the terrorists, the hackers referred to themselves as “online guerillas” of the PKK.

They also confessed that they shared user data stolen from hacked websites on various platforms and also sent them to PKK members living in European countries.

Turkish police detained 42 hackers carrying out activities upon the orders of the PKK terrorist group in Ankara-based operations across 14 provinces on Dec. 7.

Some 900 individuals victimized by the PKK terrorist hackers testified as part of the investigation.

Police confiscated digital materials and a gun, cartridge clips, organizational documents and so-called flags of the terrorist group during the raids.