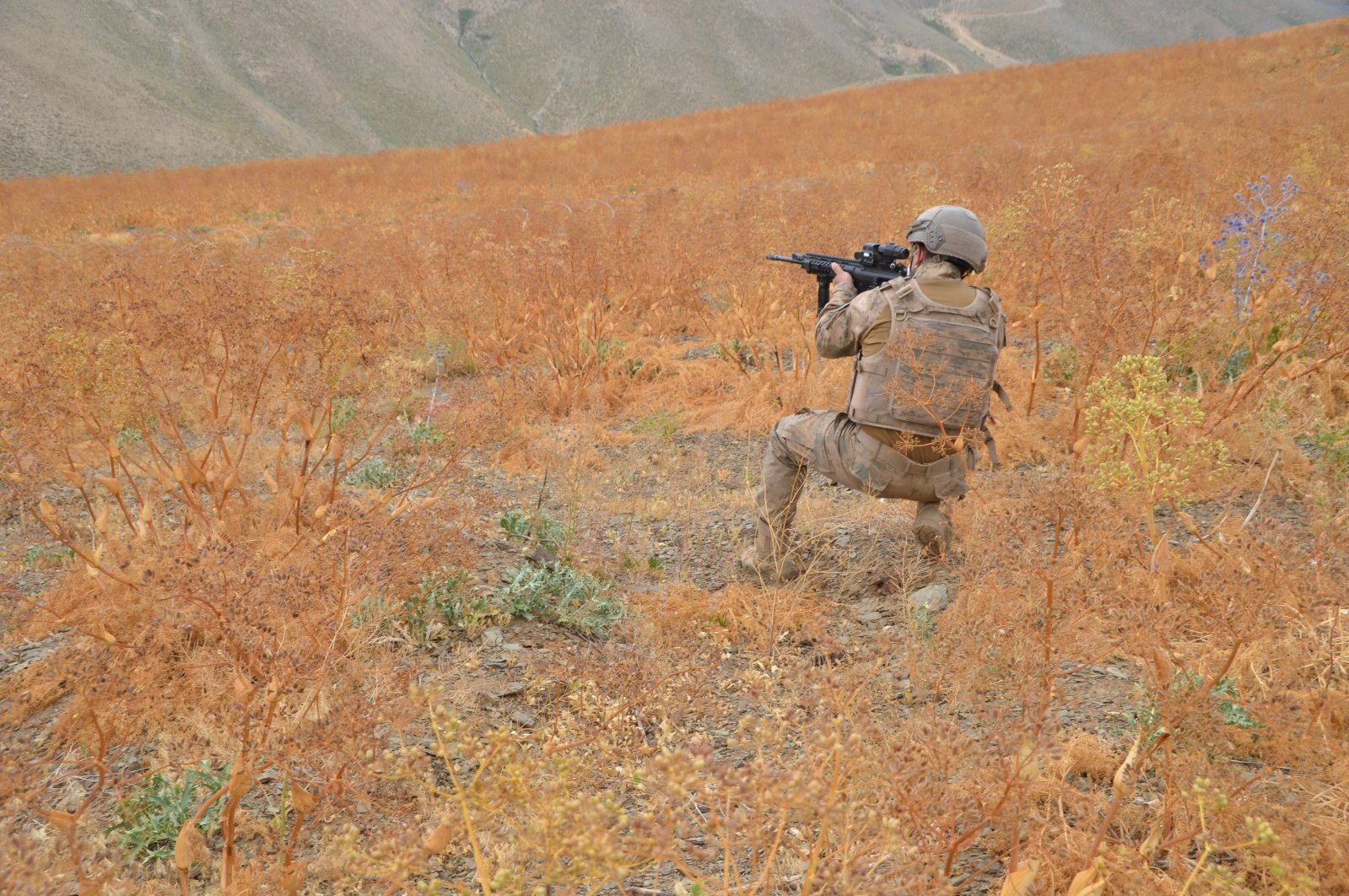 Süleyman Öztürk, code-named Cilo, was killed in an air-backed operation by the provincial gendarmerie forces in the rural areas of Mardin province's Nusaybin district as part of Operation Eren-5, the ministry said in a statement.

A member of a separatist organization, Öztürk was on the gray category of the Interior Ministry's wanted list, the statement added. The wanted list is divided into five color-coded categories, with red as the most wanted, followed by blue, green, orange and gray.

In January, Turkey launched Operation Eren, named after Eren Bülbül, a 15-year-old killed by the PKK terrorist organization on Aug. 11, 2017. The operation aims to eliminate the group and clear the region of terrorists.