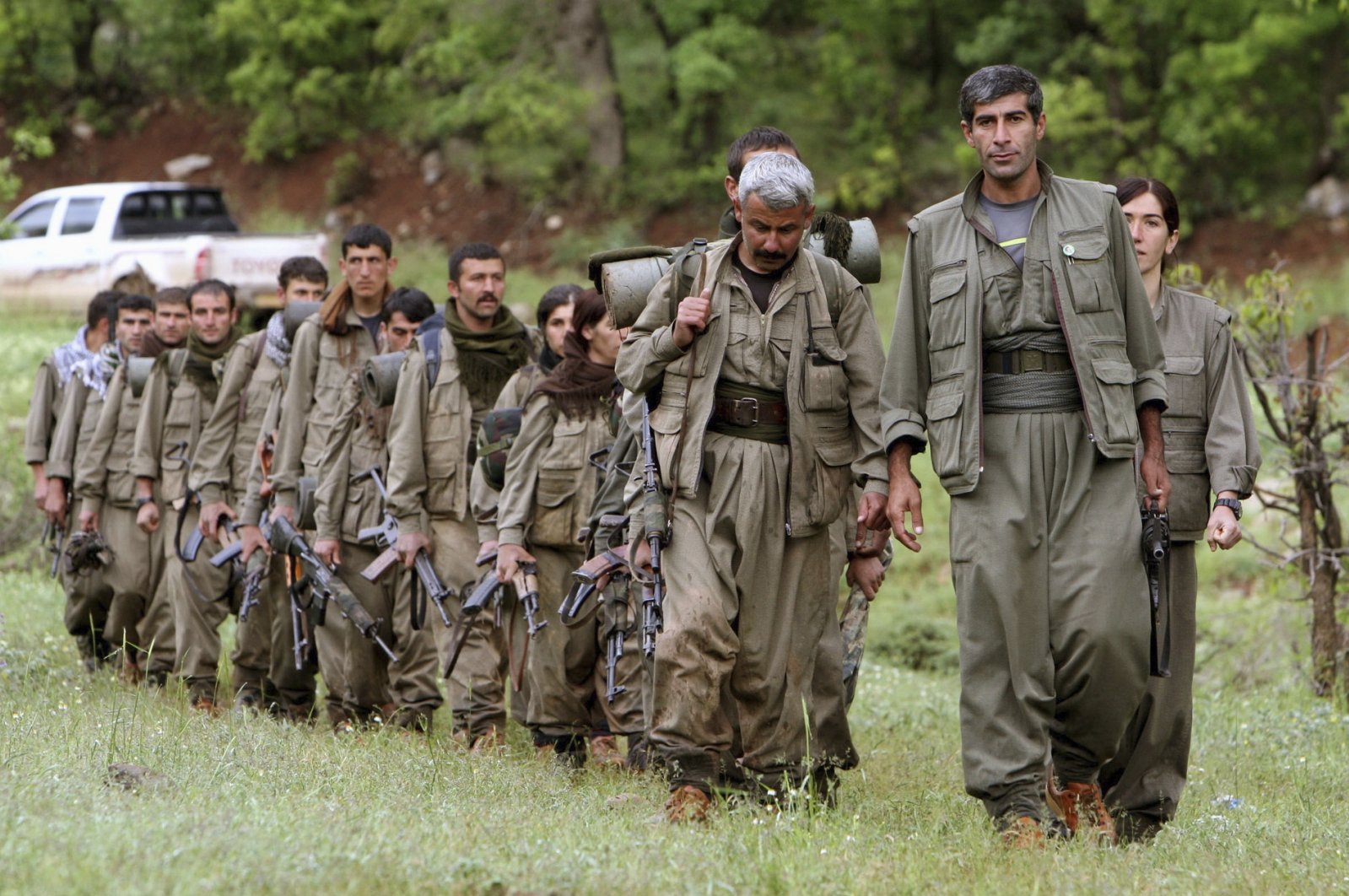 Senior PKK terrorists confessed that an atmosphere of panic prevails in the ranks of the PKK terror group due to Turkey's successful anti-terror operations.

Murat Karayılan and Duran Kalkan confessed that a lot of damage has been caused by the activities of the Turkish intelligence, armed drones and reconnaissance aircraft.

In an interview with a pro-PKK website, Karayılan spoke about the panic among the ranks of the group caused by the Turkish anti-terror operations at home and abroad.

"There are operations everywhere, at the moment. Around 10 reconnaissance aircraft constantly fly over Haftanin (in northern Iraq)," he said, adding that Turkey has been using "such an intense technique."

He also admitted that they are dealing with a "strong psychological war" due to the announcements made by Turkey that the number of terrorists that surrendered to security forces in 2020 reached 223.

He also recalled that Cemil Amed, one of the so-called senior group members who were among the decision-makers within the terrorist group in Syria, was killed in an operation by the Turkish intelligence.

In northern Iraq, Turkey launched operations Claw-Tiger and Claw-Eagle in June to ensure the safety of the Turkish people and borders by eliminating the threat of the PKK and other terrorist groups, which often use northern Iraq to plan cross-border attacks.

In July, the country also launched the first of a series of "Lightning" operations in the southeastern province of Şırnak and its associated operations are meant to neutralize terrorists believed to be hiding out in eastern and southeastern Turkey.

Since 2016, Turkey has also launched a trio of successful anti-terror operations in northern Syria, across its border, to prevent the formation of a terror corridor and to enable the peaceful settlement of residents: Euphrates Shield (2016), Olive Branch (2018), and Peace Spring (2019).

Kalkan, codenamed Abbas – who is among the most wanted terrorists in Turkey – also revealed the terror group's desperate situation and told the website: "They follow us everywhere and hit us to destroy."

Meanwhile, one of the terrorists, identified by the initials C.K. who surrendered to the Turkish security forces this year, said it was forbidden for them to watch Turkish TV channels after several parents in southeastern Diyarbakır province launched a sit-in last year, calling for the return of their children forcibly recruited by the PKK terror group.

"I know that the protest staged by the mothers led to the escape of many group members from the group," he said.

The documents revealed that the terrorists were not able to stage any terrorist activity since the 2017 operations were carried out by security forces.

It said their communication with the people in the region was disrupted, while the intelligence and efficient aircraft inflicted more losses to the terror group. Recruitment has also come to a halt in the last three years, according to the documents.

It also said that terrorist reinforcements sent from Iraq and Syria were being neutralized as soon as they enter Turkey.

In the last four years, the number of terrorists within the group decreased by 89% to reach below 320, thanks to the persuasion efforts carried out by the gendarmerie and police forces in coordination with the Interior Ministry and the counter-terrorism operations.

A total of 367 senior members on the Interior Ministry's wanted list have been killed. 30 of them were in the red category, 15 in blue, 24 in green, 57 in orange, while 241 were in the gray category.

In the last four years, a total of 7,901 group members have been neutralized, while 14,545 were remanded in custody, dealing a heavy blow to the terror group's activities in cities.