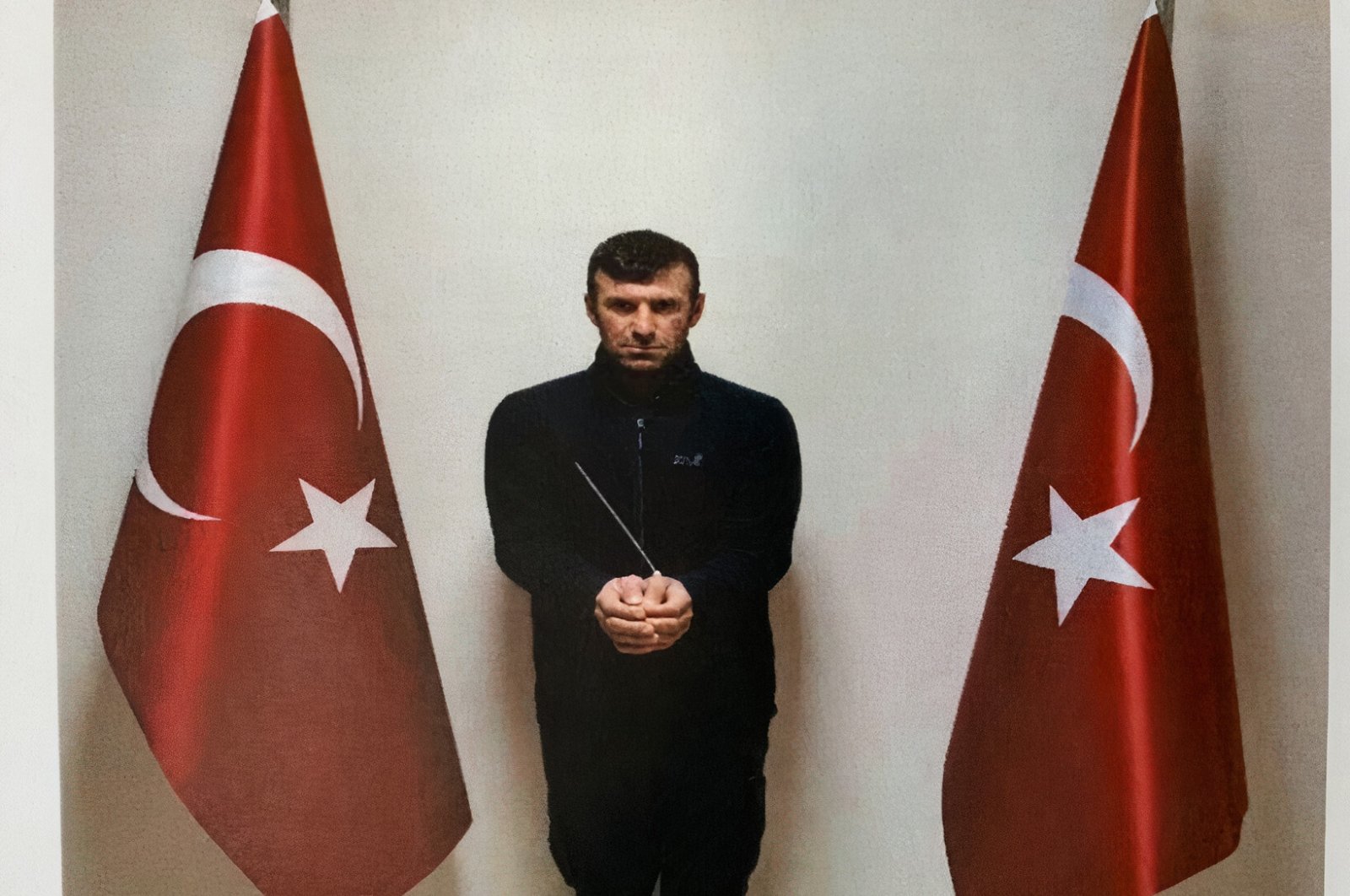 Ibrahim Babat, codenamed Şeh Guyi, who was captured in an operation carried out against the Syrian branch of the PKK terror group, the YPG, March 15, 2021. (AA Photo)
by DAILY SABAH Mar 15, 2021 12:10 pm
RECOMMENDED

A high-ranking YPG/PKK terrorist was captured in northern Syria and brought to Turkey on Monday in an operation carried out by the Turkish intelligence agency.

The so-called brigade leader of the terror group was nabbed in a point operation in Syria while he was traveling in his vehicle, said the sources, who asked not to be named due to restrictions on speaking to the media.

The terrorist was brought back to Turkey. When questioned, the terrorist revealed that the terror group planned to attack Turkish Armed Forces (TSK) outposts on the Syria-Turkey border, the sources added.

MIT also seized hand-made explosives, landmines and electric detonators in the terror group's possession, to be used in its attacks on the Operation Peace Spring area, it added.

After joining the PKK terror group in 2011 and playing a role in the group's activities in Turkey and northern Iraq, Babat moved to Syria in 2017 where he rose through the terror group's ranks.

Ankara considers the YPG, which was backed by the U.S. on the pretext of fighting the Daesh terrorist group on the ground, a grave national security threat.

Since 2016, Turkey also launched a trio of successful anti-terror operations across its border in northern Syria to prevent the formation of a terror corridor and enable the peaceful settlement of residents: Euphrates Shield (2016), Olive Branch (2018) and Peace Spring (2019).