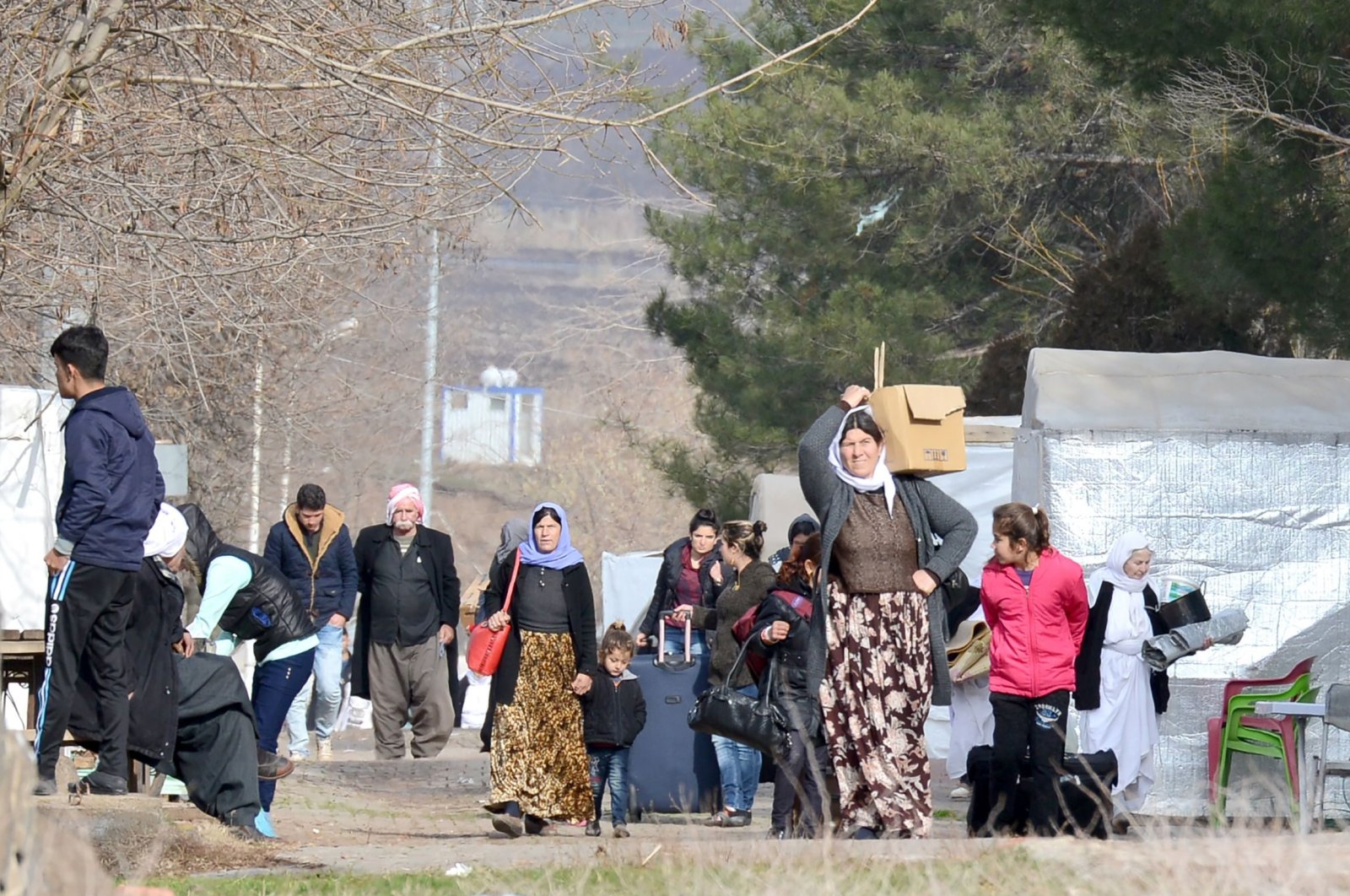 The Iraqi parliament on Saturday said a settlement agreement between the Iraqi government and Iraq's Kurdistan Regional Government (KRG) on the status of the Sinjar district of the northern Ninewa Governorate will accelerate the return of displaced people.

On Friday, the Iraqi Prime Ministry announced it reached a "historic deal" with the KRG, an agreement that will bolster the Iraqi federal authority in Sinjar under the constitution in terms of governance and security.

"The agreement will directly contribute to accelerate the return of the displaced families to their homes and ensure their stability in their areas," said Deputy Speaker of the Iraqi parliament Bashir al-Haddad.

Al-Haddad stressed the importance of joint management between Baghdad and Erbil in dealing with the security of Sinjar along with the coordination of public services and the reconstruction of infrastructure.

According to the agreement obtained by Anadolu Agency (AA), the PKK presence will be removed from Sinjar and surrounding regions and will no longer play a role in the area.

Hashd al-Shaabi (Popular Mobilization) forces in Sinjar will also be taken out of the district, the agreement said.

The Iraqi prime minister's spokesperson Ahmed Mulla Talal said on Friday in a Twitter statement that the agreement will end the authority of intruding groups in Sinjar, referring to the PKK terrorist group.

The U.S. government also expressed its approval of the Sinjar deal. State Department spokesperson Morgan Ortagus said in a written statement on Saturday that the U.S. is pleased about the joint steps taken by the Iraqi government and the KRG for resolving the political and security issues in Sinjar.

She also expressed Washington’s hope that the deal will accelerate the conditions for the revitalization of Sinjar and will enable the safe and voluntary return of those who were displaced by the Daesh terrorist group.

The PKK terrorist group managed to establish a foothold in Sinjar in mid-2014 under the pretext of protecting the local Yazidi community from the Daesh terror group. Since then, the PKK has reportedly established a new base in Sinjar for its logistical and command-and-control activities. Around 450,000 Yazidis escaped Sinjar after the Daesh group took control of the region in mid-2014.

The Turkish Armed Forces (TSK) regularly conducts cross-border operations in northern Iraq, a region where PKK terrorists have hideouts and bases from which to carry out attacks on Turkey. Iraq's KRG previously called the PKK's presence in Sinjar unacceptable and urged the militants to leave the area.