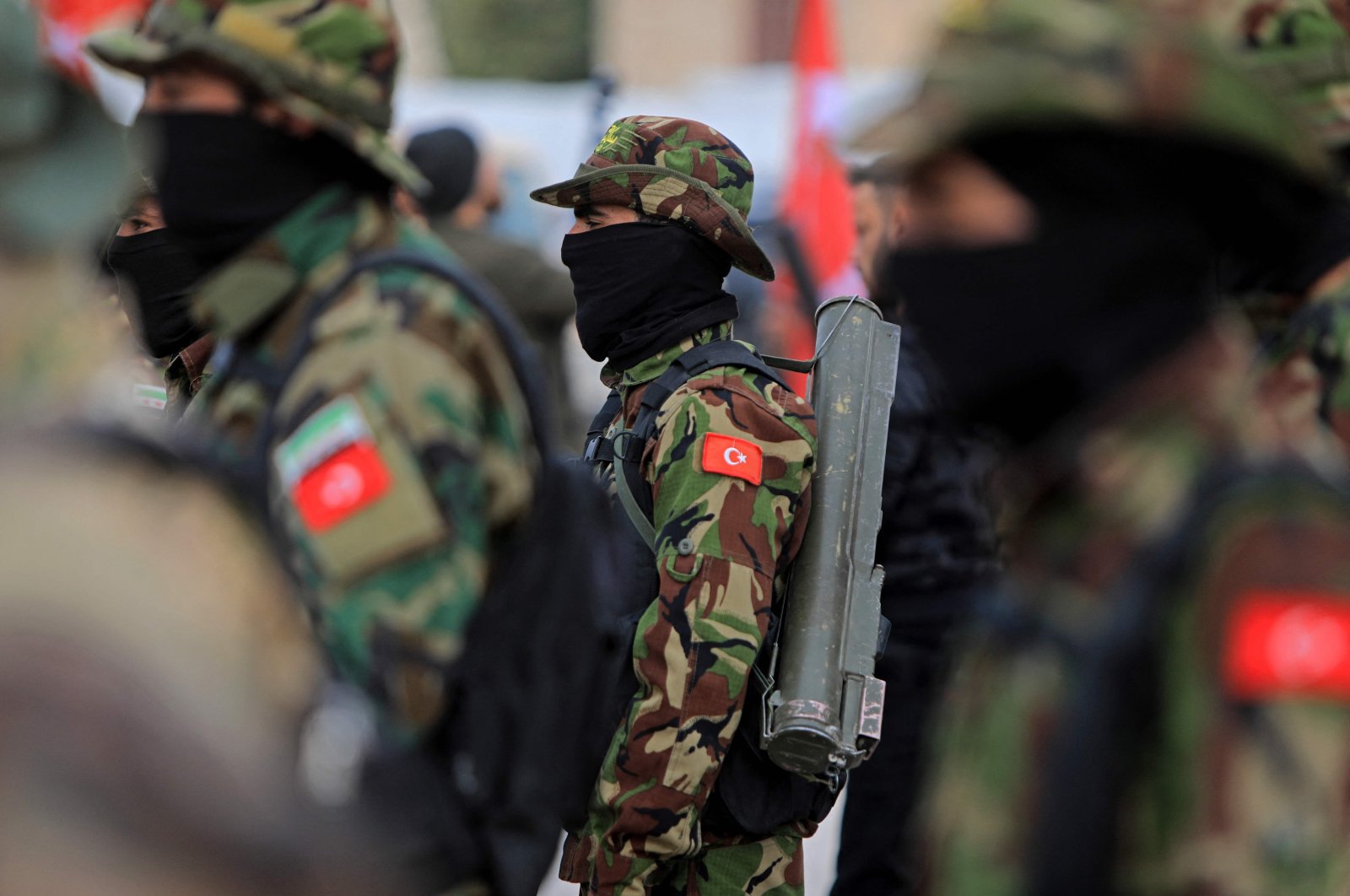 Syrian opposition forces said that they are standing by to join a possible operation by Turkey against terrorist elements in northern Syria, after Ankara signaled an offensive to tackle the PKK’s Syrian wing, the YPG, which poses a threat to its national security and local Syrians.

Since 2016, Turkey has launched a trio of successful counterterrorism operations across its border in northern Syria – Euphrates Shield in 2016, Olive Branch in 2018 and Peace Spring in 2019. These operations all aimed to prevent the formation of a terror corridor and enable the peaceful resettlement of residents.

Opposition sources told Reuters news agency that Turkey recently sent military supplies to its Syrian allies as part of preparations for possible action, and opposition fighters have been redeployed toward areas that are expected to be targeted in any new attack.

"Moving to a state of complete readiness now needs only a short period before any military operation is declared," said Maj. Youssef Hamoud, a spokesperson for the Syrian National Army (SNA).

Previous Turkish operations have been preceded by lengthy build-ups and large movements of Turkish forces at the border, which have yet to be observed this time.

“We are already on the field in Syria, we have not left the field. The main reason for our presence there is to secure our border while also ensuring security across the border,” Presidential Spokesperson Ibrahim Kalın told journalists on Thursday.

“If you think about the Turkey-Syria border, we are talking about a 911-kilometer (566-mile) long border, it is a priority for us to secure this,” he added, saying that Turkey will not tolerate any attack toward its borders from here.

“Everyone should know that we are ready for any kind of operation to protect our country from threats.”

After meeting U.S. President Joe Biden in Rome last weekend, Erdoğan said: "When it is time to carry out an operation, of course an operation will be done. There is no stepping back from that."

Efforts to tackle the YPG have been complicated by YPG ties with Russia and the United States, which are both supporting the group.

Neither Russia nor the United States kept their promises to withdraw the YPG from agreed areas, Foreign Minister Mevlüt Çavuşoğlu said last week.

The U.S. and Russia were supposed to push the YPG elements 30 kilometers (18.6 miles) to the south from the areas in control of Washington and Moscow, Turkey’s top diplomat said.

"We are in coordination with Russia on the matter. The issue was addressed with the United States already," the senior Turkish security official said.

The U.S. primarily partnered with the YPG in northeastern Syria in its fight against the Daesh terrorist group. Turkey, on the other hand, has strongly opposed the YPG's presence in northern Syria. Ankara has long objected to the U.S.' support for the YPG, a group that poses a threat to Turkey and that terrorizes local people, destroying their homes and forcing them to flee.