US, Russia did not keep promises on YPG withdrawal: FM Çavuşoğlu 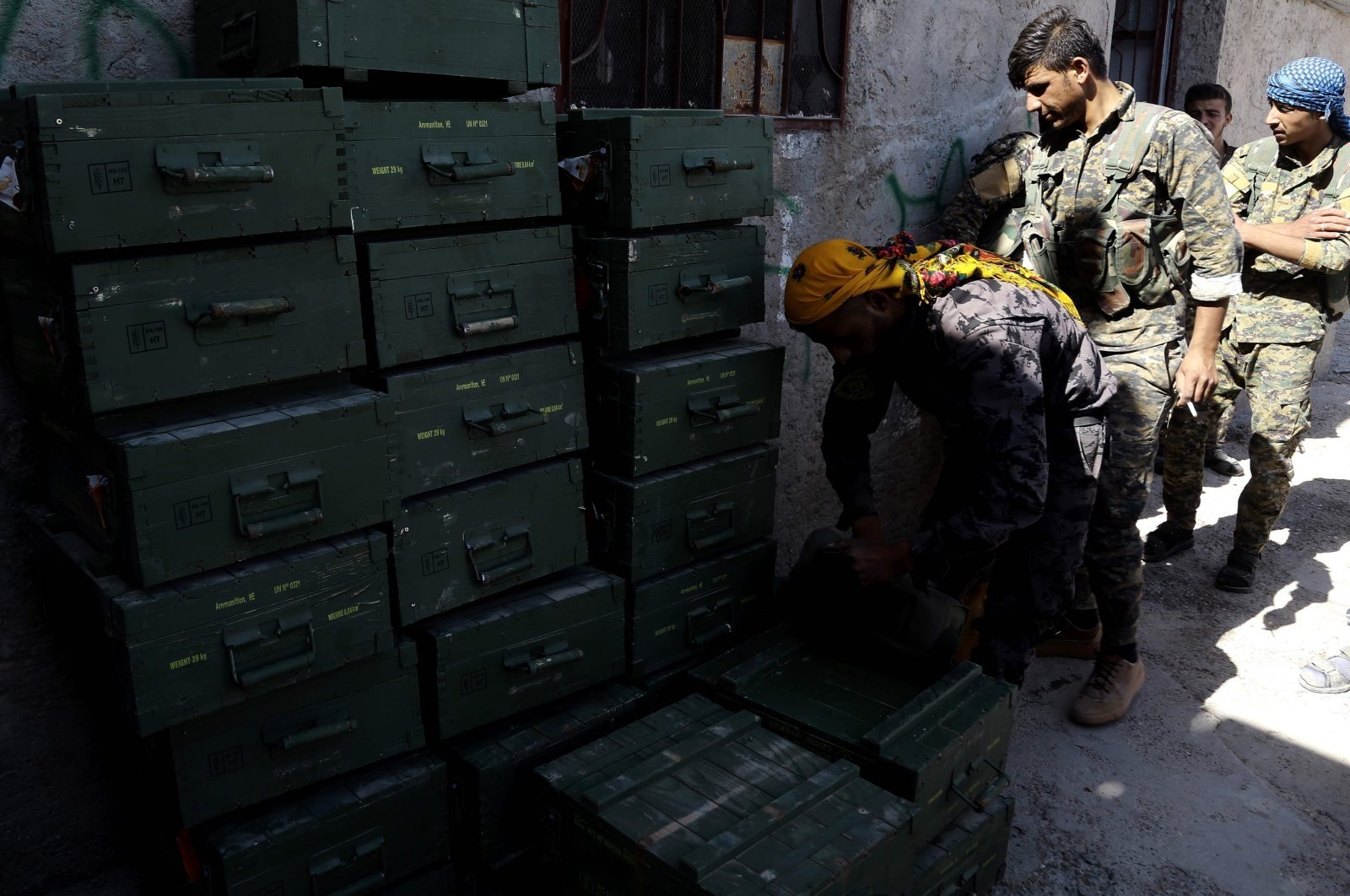 “The YPG/PKK’s attacks have increased. In this situation, we have to do what is necessary on our own,” he said during a televised interview with CNN Türk.

The U.S. and Russia were supposed to push the YPG elements 30 kilometers (18.6 miles) to the south from the areas in control of Washington and Moscow, Turkey’s top diplomat said.

“They did not keep their promises so far. On the contrary, the U.S. continued to support them (YPG).”

He said that Erdoğan and Russian President Vladimir Putin discussed these issues at their meeting in the Black Sea resort of Sochi, while it is also expected to be on the agenda of the Turkish president’s meeting with U.S. President Joe Biden in Glasgow on the sidelines of COP26.

Two Turkish police officers were killed and two others wounded as a result of the YPG attack in Azaz, northern Syria this month. The YPG/PKK terrorists attacked an armored vehicle with a guided missile in the Operation Euphrates Shield area. The attack was launched from the Tal Rifaat region. Separately, ammunition shells fired across the border from Syria's Jarablus caused explosions at two separate locations in southern Gaziantep province's Karkamış district. A third shell landed within Jarablus and is believed to have been launched from a region controlled by the YPG.

Azaz and Jarablus have been under the control of Turkey-backed opposition groups since Ankara's first operation in Syria in 2016. The operation aimed to drive away Daesh and YPG terrorists from its border with the country. Ankara has launched two other cross-border operations in Syria against the YPG, one of which targeted the Afrin region.

Following the attacks, Erdoğan said that Turkey was determined to eliminate threats originating in northern Syria and added that the YPG killing two Turkish police officers in a terrorist attack was "the final straw."

The PKK is recognized as a terrorist organization by the United States, Turkey and the European Union, and Washington's support for its Syrian affiliate has been a major strain on bilateral relations with Ankara. The U.S. primarily partnered with the YPG in northeastern Syria in its fight against the Daesh terrorist group, but Turkey has strongly opposed the YPG's presence in northern Syria.