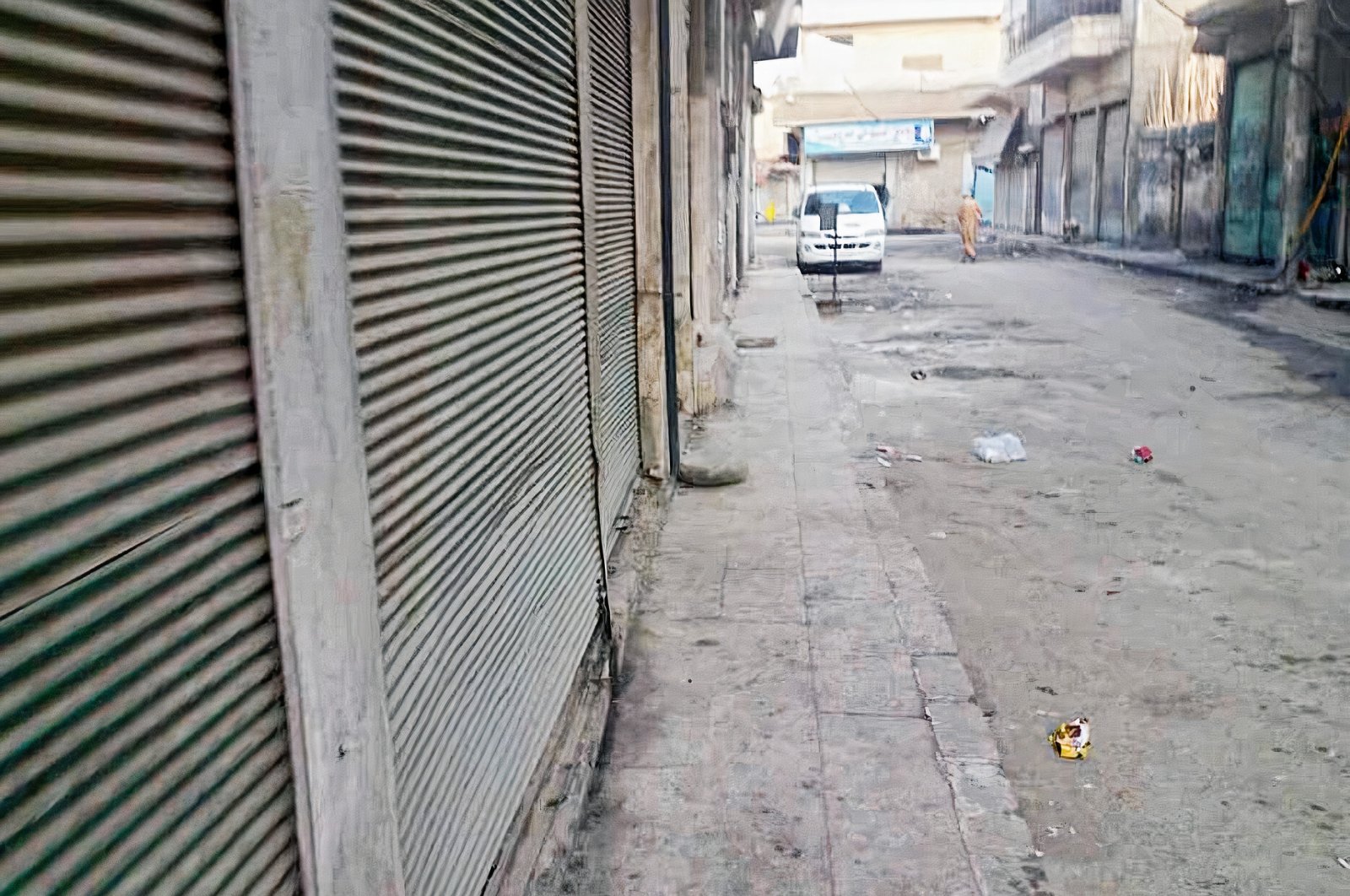 The Syrian Interim Government called on the international community to take action to protect civilians in reaction to attacks on peaceful protesters by the terrorist YPG group, PKK's Syrian affiliate, in Syria’s Manbij.

The statement written by the opposition-led government said the YPG/PKK terrorists opened fire on protesters who had gathered in Manbij to protest the YPG’s forced recruitment policies in the city that is 99% Arab. Forcefully recruiting youth for combat is a blatant violation of international law, and the statement urged the global community not to turn a blind eye to the terrorist group's activities in this regard.

A civilian was killed and three others were injured after the YPG opened fire on the protesters, Anadolu Agency (AA) reported. In response, the angry protesters then took hold of a YPG/PKK terrorist checkpoint on the Aleppo Highway and set it on fire, which in turn, saw the YPG/PKK impose a 48-hour curfew in the district.

The terrorist group imposes a compulsory so-called “military service” for girls and boys born between 1990-2003, forcing Arab youth in Ain al-Arab, also known as Kobani, together with Qamishli, Manbij, Raqqa, Deir el-Zour and other areas to take up arms against their will.

Ankara considers the YPG, which is backed by the United States-led anti-Daesh coalition on the pretext of fighting the Daesh terrorist group on the ground, a grave national security threat. Civilians have expressed concern about the terrorist group's control over the area.

The U.S.-backed YPG terrorists made it to Manbij in August 2016 after ousting Daesh terrorists who had captured the city from the moderate opposition in January 2014. Before the YPG, Manbij was administered by the Revolution Assembly, which represented 17 different groups and tribes. After the terrorist group entered the city, the Manbij Military Council (MMC), a group allied to the U.S.-backed YPG, began to impose its de facto rule in the city.

To assuage the security concerns of Turkey, Washington and Ankara reached the "Manbij Agreement" in June 2018, which focuses on the withdrawal of YPG terrorists from Manbij to stabilize the region. The deal presented a three-stage process to be realized within 90 days – the withdrawal of the terrorist organization, joint Turkish-American patrols, which began in November 2018, and the establishment of a new local administration made up of people who reflect the ethnic composition of the area.

However, Washington has long been dragging its feet on the implementation of the Manbij deal.