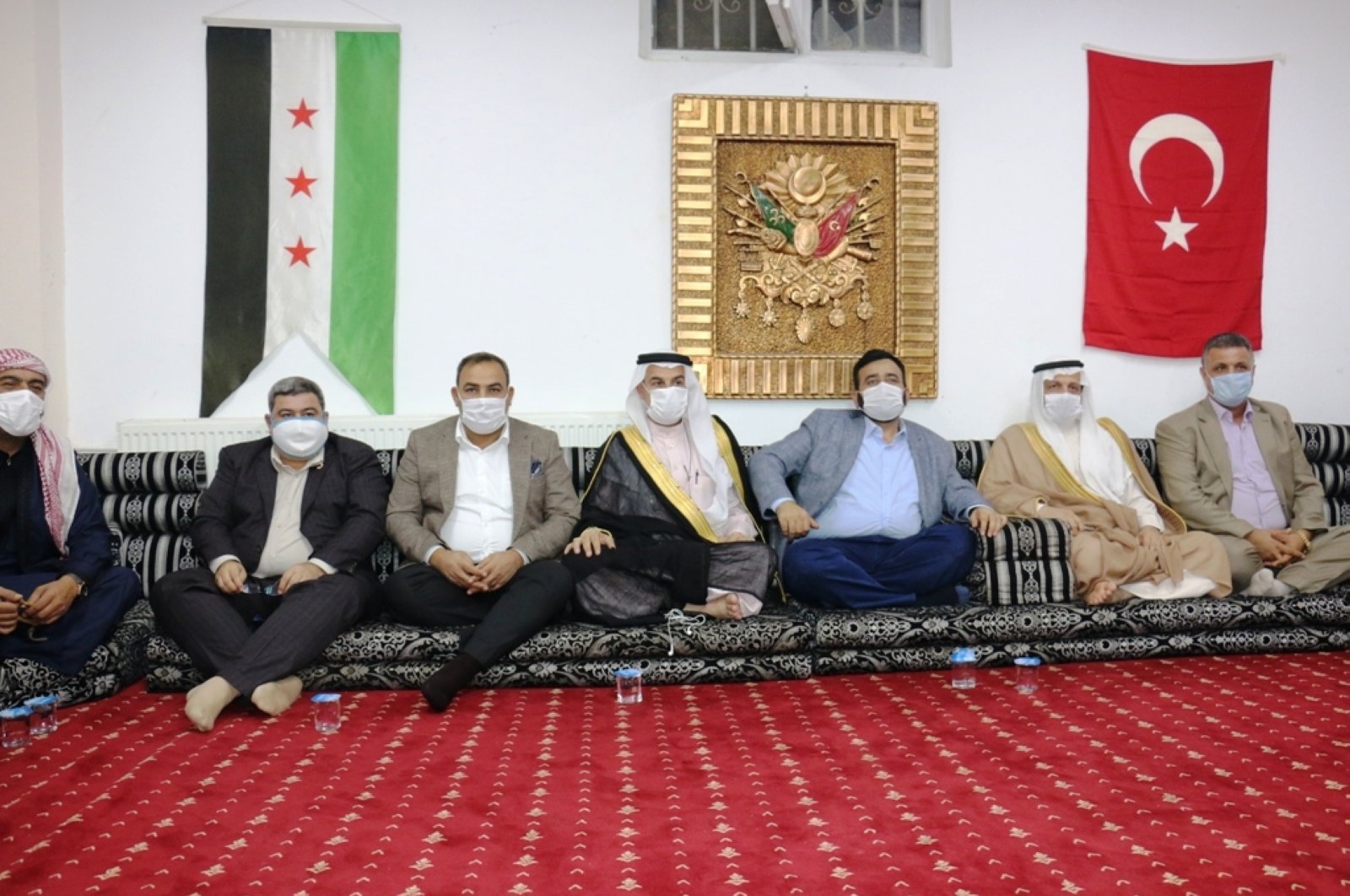 Fifty Syrian tribes came together in Turkey's southeastern Şanlıurfa province on Monday, condemning the partnership between Armenia and YPG/PKK terrorists in the conflict with Azerbaijan over the occupied Nagorno-Karabakh.

"Wherever the brutaliy is, the terrorist groups are also in there, cooperating with the perpertrators of the brutality," said Hasan Duğayım, one of the tribal leaders, speaking on behalf of the group.

Settling in Şanlıurfa after being displaced from their hometowns due to the civil war, the tribal leaders expressed their concern for the Azerbaijanis who are under the Armenian attack.

"The terrorist groups are now siding with Armenia which attacks Azerbaijan," Duğayım said, adding that he believes the rightful side will eventually be the winner.

Expressing gratefulness to Turkey, the tribal leader said that they will never forget the hospitality of the country and added that there is no place more reliable than Turkey.

Previously, reports stated that many YPG/PKK terrorists who received training in Iraq and Syria were transferred to Azerbaijan's Nagorno-Karabakh region, which is occupied by Armenia, to train Armenian militias against Azerbaijan and ultimately open a new front against Turkey.

Earlier in September, Armenia proposed to establish a militia of volunteers following tensions with Azerbaijan in the Tovuz region. The YPG/PKK terrorists are expected to train these volunteer fighters, reports said. Armenian Ambassador to Iraq Hrachya Poladian reportedly contacted the YPG/PKK group in Syria and Iraq and convinced them to go to Nagorno-Karabakh for training. The ambassador also secured an agreement with northern Iraq's Patriotic Union of Kurdistan (PUK), which is led by the Talabani family, for the transfer of terrorists.