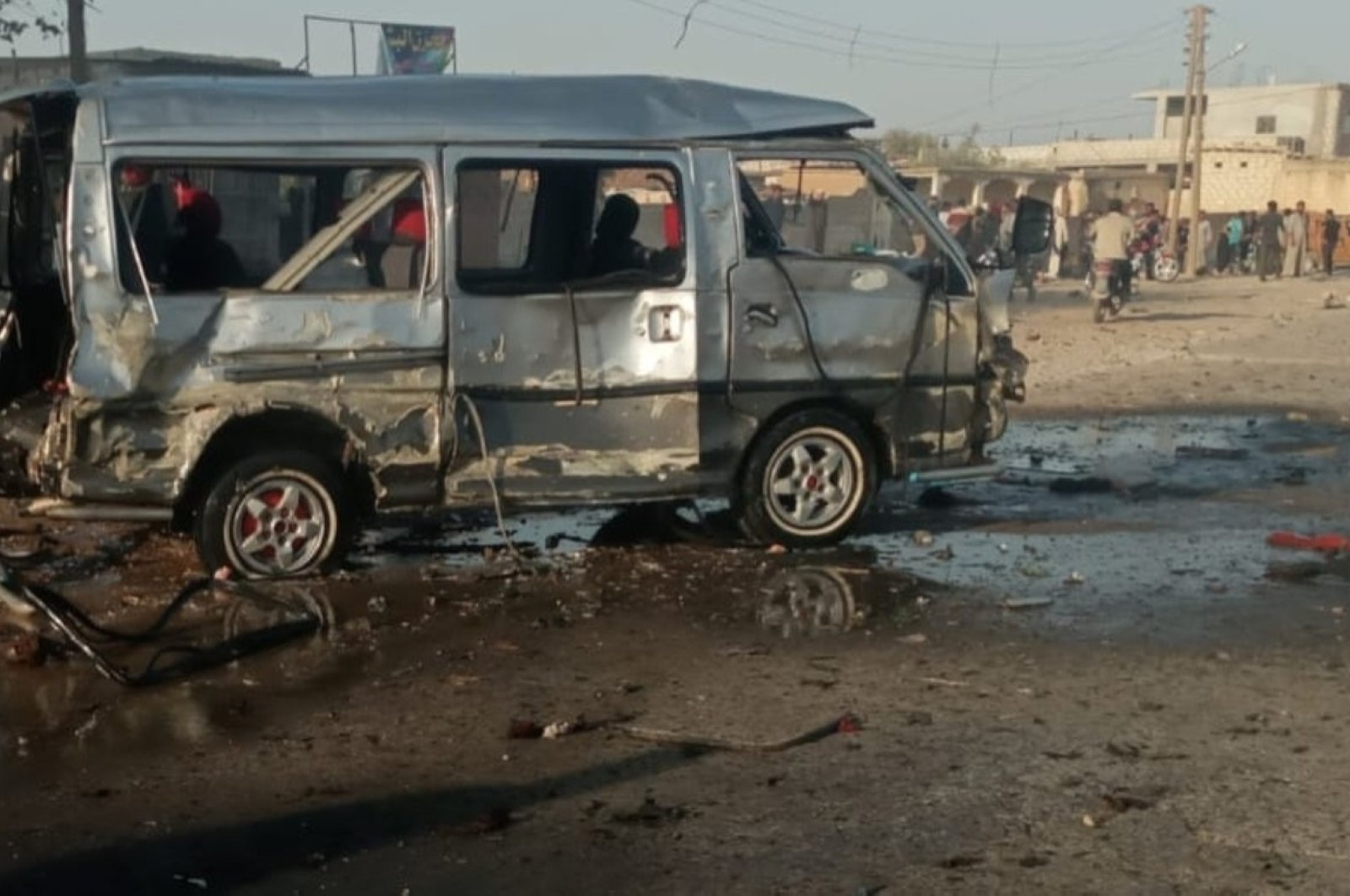 Northern Syria's Ras al-Ain was rocked by two consecutive terror attacks on Thursday, killing two civilians including a child and injuring another 12 people.

The first explosion happened when an explosive detonated in the Tal Halaf village. No one was killed or injured, but shortly after the first incident, in the same village, a bomb-laden vehicle, exploded causing the deaths and injuries.

Two civilians who were severely hurt were transferred to Turkey for medical treatment.

Local security forces are considering the possibility that the attack was conducted by the YPG/PKK terrorist group.

Ras al-Ain was freed from the YPG/PKK on Oct. 12 as part of Ankara's Operation Peace Spring, launched on Oct. 9 to secure Turkey's borders by eliminating the terror group from northern Syria east of the Euphrates River, aid in the safe return of Syrian refugees and ensure Syria's territorial integrity.

YPG/PKK terrorists, however, continue to attack the towns of Tal Abyad and Ras al-Ain despite pulling out of areas under a deal reached by Turkey and the U.S. on Oct. 17.