‘Terrorist statelets would emerge in Syria, Iraq without Turkey’s ops’ 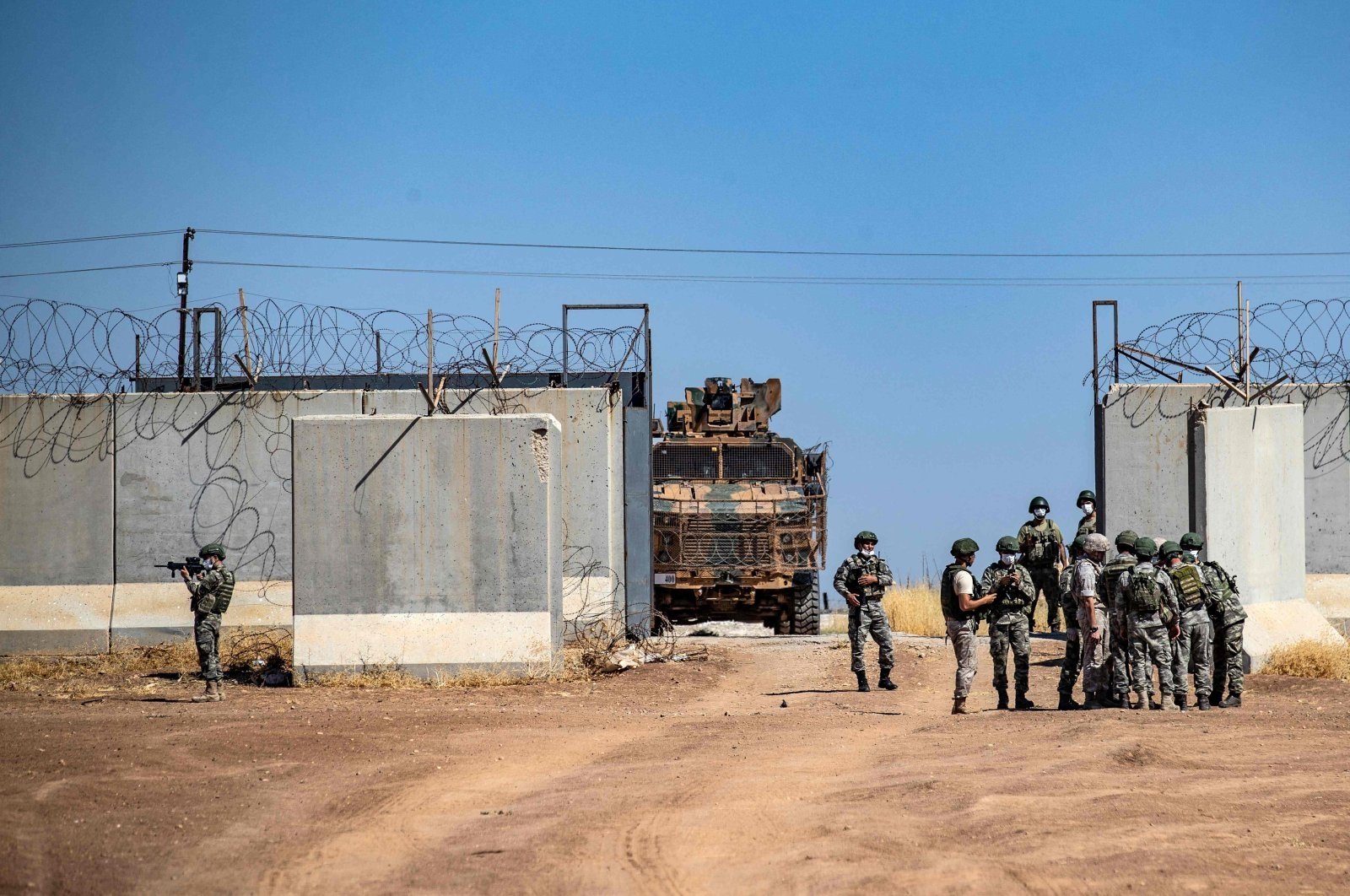 Russian and Turkish soldiers are seen ahead of a joint patrol in the countryside of Derbassiye in Syria's northeastern Hassakeh province, July 14, 2021. (AFP Photo)
by DAILY SABAH WITH AA Oct 29, 2021 11:25 am
RECOMMENDED

Turkey "will never allow" any terrorist formation near its borders or tolerate such statelets, Çelik said after a meeting of the AK Party's Central Executive Board headed by President Recep Tayyip Erdoğan in the capital Ankara. The closed-door meeting lasted for nearly 90 minutes.

The Turkish Armed Forces (TSK) entered the region before such formations could be established, added Çelik.

Turkey's Parliament on Tuesday ratified a motion extending the government's authorization to launch cross-border counterterrorism operations in northern Iraq and Syria for two more years, as well as continued participation in a Lebanon peacekeeping mission.

While the AK Party, its alliance partner the Nationalist Movement Party (MHP) and the opposition Good Party (IP) voted in favor of the bill, the main opposition Republican People's Party (CHP) and Peoples' Democratic Party (HDP) voted against, triggering strong condemnation toward these parties.

Before the motion, the Turkish military was mandated to conduct counterterrorism and peacekeeping operations in Iraq and Syria until Oct. 30, 2021.

Turkey is battling the PKK terrorist group in northern Iraq and its Syrian affiliate the YPG in northern Syria.

Turkey liberating these areas from YPG and Daesh terrorists since 2016 made it possible for Syrians who fled the violence to return home.

The group constitutes a serious security threat to Turkey but also to local civilians who live in areas controlled by the terrorist groups.

Locals living in areas held by the YPG have long suffered from its atrocities as the terrorist organization has a notorious record of human rights abuses, ranging from kidnappings, recruitment of child soldiers, torture, ethnic cleansing and forced displacement.

President Recep Tayyip Erdoğan had recently signaled that a new operation could also take place to tackle the terrorist organizations.

Two Turkish police officers were killed and two others wounded as a result of a YPG attack in Azaz, northern Syria this month. The YPG/PKK terrorists attacked an armored vehicle with a guided missile in the Operation Euphrates Shield area. The attack was launched from the Tal Rifaat region. Separately, ammunition shells fired across the border from Syria's Jarablus caused explosions at two separate locations in southern Gaziantep province's Karkamış district. A third shell landed within Jarablus and is believed to have been launched from a region controlled by the YPG.

Following the attacks, Erdoğan said that Turkey was determined to eliminate threats originating in northern Syria and added that the YPG killing two Turkish police officers in a terrorist attack was "the final straw."