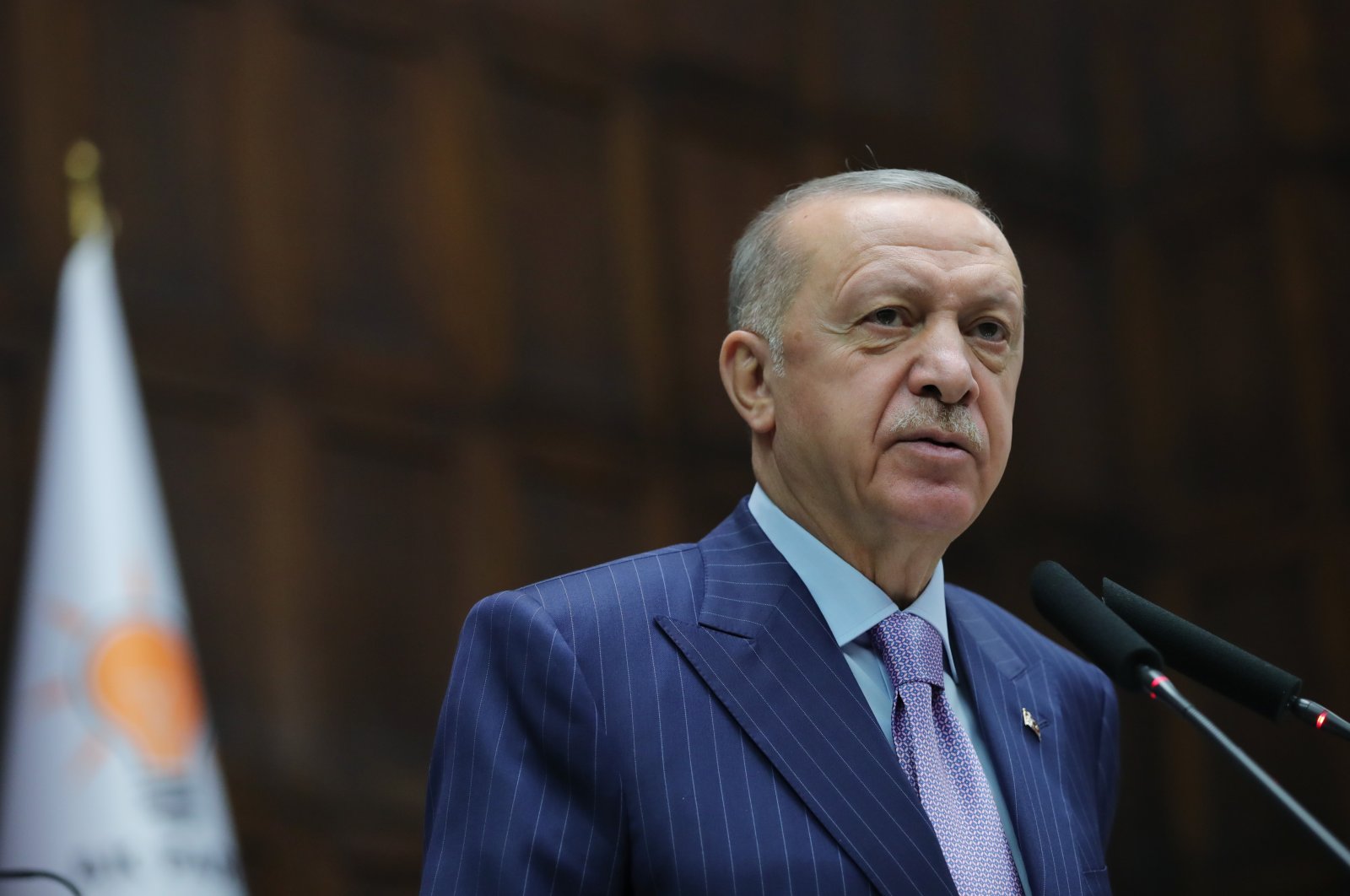 “In fact, this motion is a routine implementation against threats toward our country from across our borders,” Erdoğan said, speaking at his party’s parliamentary group meeting in Ankara.

The Justice and Development Party (AK Party), Nationalist Movement Party (MHP) and the opposition Good Party (IP) backed the Iraq and Syria motion. The CHP and HDP, however, voted against the motion.

“The aim of this motion is to prevent the formation of a terror corridor along our border and erase terrorist attacks toward our country at its roots,” Erdoğan said, indicating that this threat comes from the PKK, its Syrian wing, the YPG, as well as other terrorist organizations including Daesh.

He said that before the motion, HDP authorities had called on the CHP not to accept the motion and that it followed these instructions instead of telling them off.

Erdoğan vowed that he will continue to take steps to ensure Turkey’s security despite the CHP's actions.

“What is important here, is that our country’s second biggest party, the CHP, has surrendered to the toy of the terrorist organization, the HDP, obeying it and submitting to it. It is a pity,” he added.

He further indicated that the CHP echoes those that target Turkey.

The motion, referred to Parliament by the government of President Recep Tayyip Erdogan, allows the Turkish military to carry out cross-border operations in northern Iraq and Syria for two more years, from Oct. 30, 2021, until Oct. 30, 2023.

Stressing that Turkey places great importance on protecting Iraq's territorial integrity, national unity and stability, the motion said: "However, the presence of the (terrorist groups) PKK and Daesh in Iraq poses a direct threat to regional peace, stability and the security of our country."

The motion also decried the violent attacks of the terrorist YPG in Syria, adding that Turkey has taken necessary measures in line with its "legitimate national security interests" to preserve the "peace and stability established in Turkey's operation areas."

It also pointed to the situation in Syria's northwestern Idlib province, the country's last remaining opposition stronghold, saying that the peace and stability established via the Astana process continues to be under threat.

Idlib falls within a de-escalation zone forged under an agreement between Turkey and Russia. The area has been the subject of multiple cease-fire understandings, which have frequently been violated by the Bashar Assad regime and its allies.

Last week, the president said that Turkey continues to do whatever is necessary for the Idlib region and is responding to attacks with heavy weaponry.

In its more than 40-year terror campaign against Turkey, the PKK – listed as a terrorist organization by Turkey, the U.S., and EU – has been responsible for the deaths of some 40,000 people, including women, children and infants.

PKK terrorists often use northern Iraq, just across the Turkish border, to plot attacks in Turkey. Turkey says it uses its rights under international law to pursue these terrorists to their hideouts.

Daesh terrorists, on the other hand, have carried out multiple attacks against Turkey, including at least 10 suicide bombings, seven bombings, and four armed attacks, which killed 315 people and injured hundreds of others.

In response, Turkey launched military and police operations at home and abroad to prevent further attacks.

Since 2016, several Turkish cross-border operations in northwestern Syria have liberated the region from YPG and Daesh terrorists, making it possible for Syrians who fled the violence to return home.