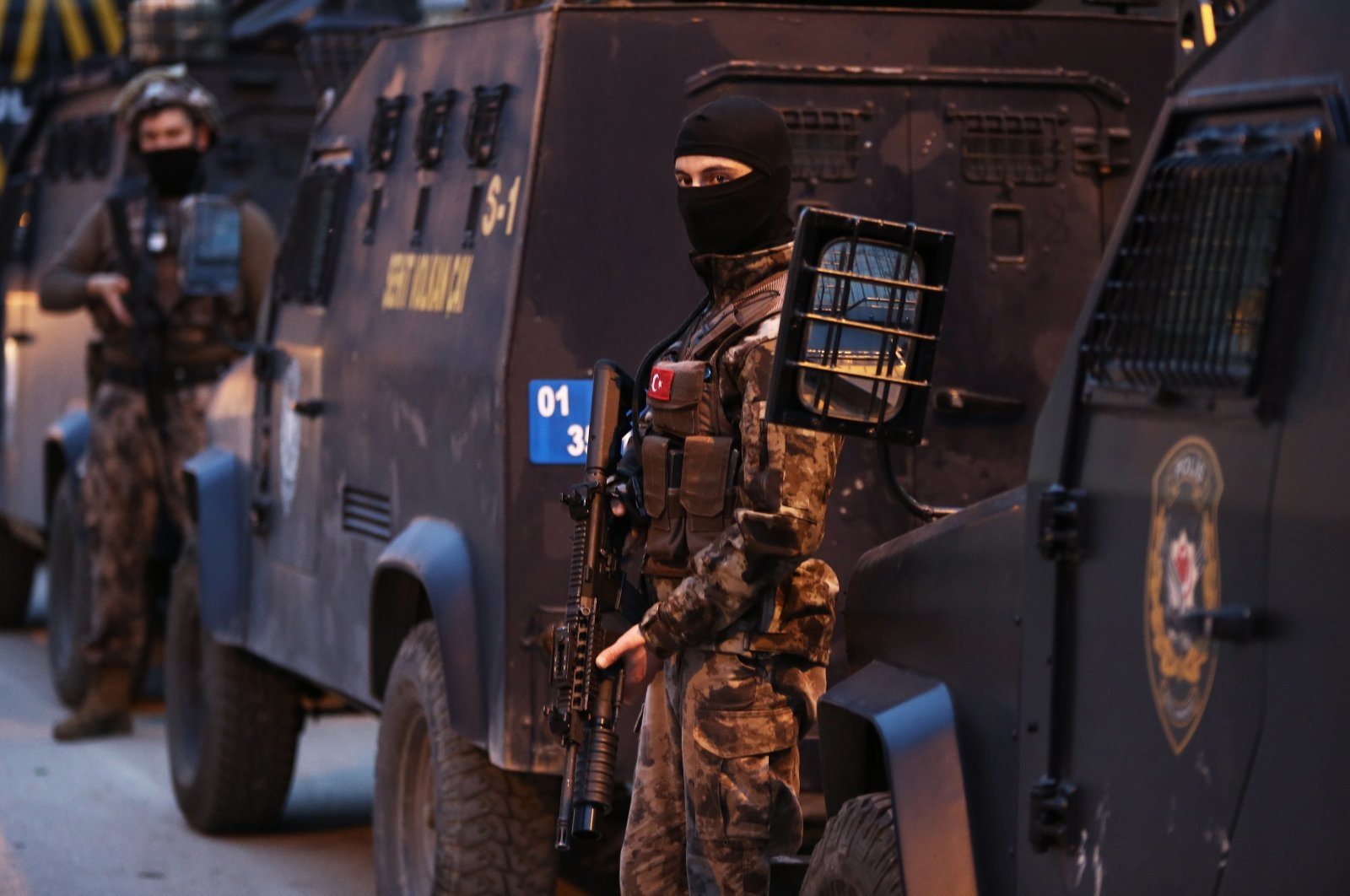 A member of the YPG, the Syrian offshoot of the PKK terrorist organization, was held by security forces in southern Adana province, a security source said on Thursday.

Police received information that the terrorist, identified only by his initials I. M. I., escaped from Syria's Ras al-Ain district when Turkey launched the counterterrorism Operation Peace Spring, the source told Anadolu Agency (AA) on condition of anonymity.

Security teams mobilized and rounded up the suspect, who was working as an agricultural laborer in the Yüreğir district, it added.

A court later remanded the suspect in police custody.

Locals living in areas held by the YPG have long suffered from its atrocities as the terrorist organization has a notorious record of human rights abuses, ranging from kidnappings, recruitment of child soldiers, torture, ethnic cleansing and forced displacement. While the terrorist group increased its oppression ahead of Turkey's cross-border operation, they planted explosives and converted many schools and other public buildings into military bases, with some even hosting tunnels for terrorists to hide in and escape.

Since the launch of the operation, Turkey has been supporting every aspect of life in the region, from health to education, security to agriculture. In this respect, efforts to clear bombs and improvised explosive devices were launched and administration duties were given to local councils. The country also rolled up its sleeves to reconstruct hospitals, schools, mosques and roads destroyed by the YPG.

Five individuals suspected of belonging to the Daesh and al-Qaida terrorist groups were detained in Istanbul province on Thursday.

Teams from the Istanbul counterterrorism department have begun efforts to catch suspects who had been sharing propaganda material and threats on social media in the name of Daesh and al-Qaida-linked groups.

Within the scope of efforts, nine simultaneous raids were carried out in seven provinces of Istanbul.