Top Daesh terrorist sought by US arrested in Istanbul 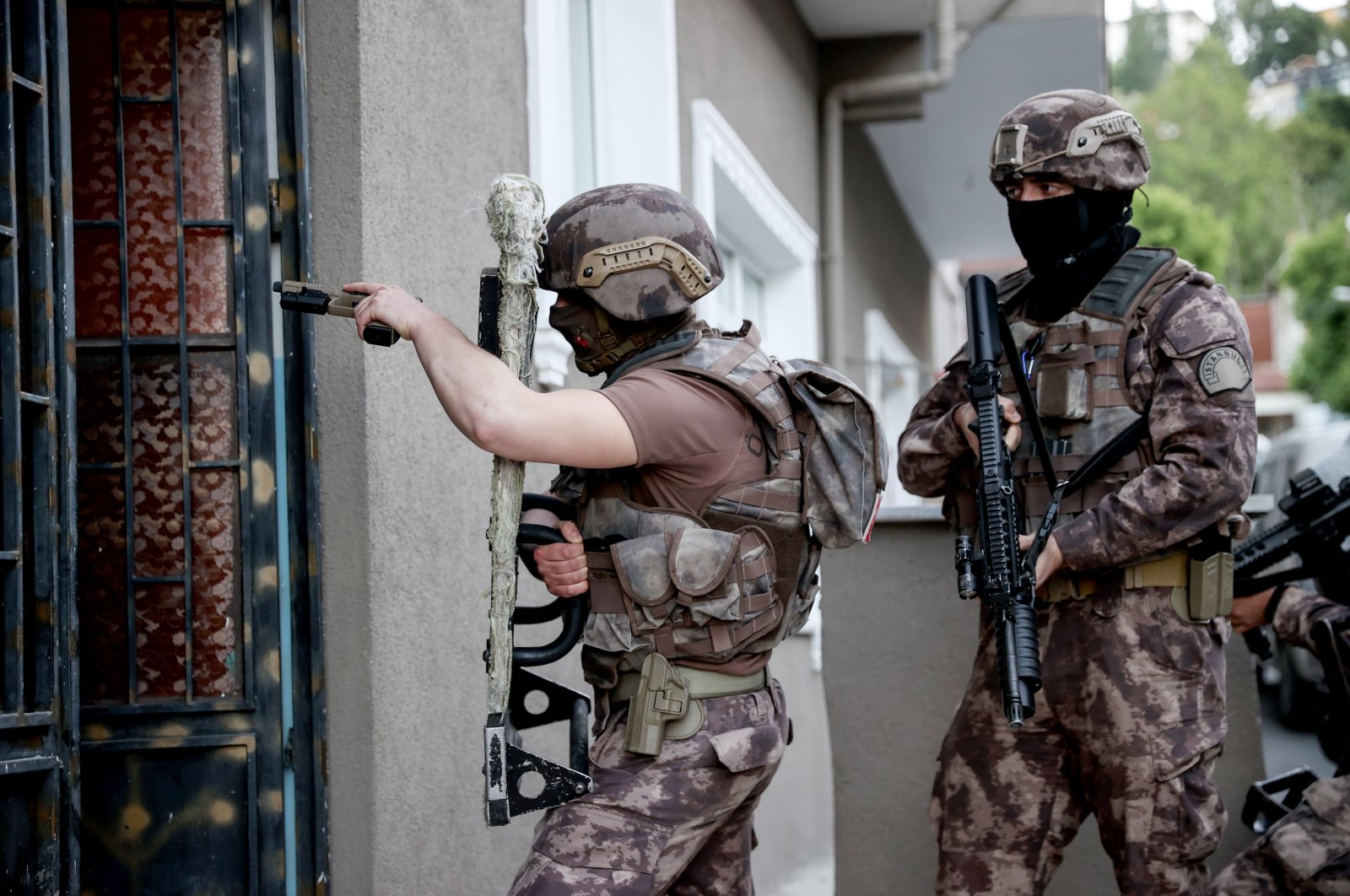 Counterterrorism squads enter a building where Daesh terrorists had been hiding, Istanbul, Turkey, May 20, 2021. (AA Photo)
by Daily Sabah with Agencies May 24, 2021 12:36 pm
RECOMMENDED

Turkish security forces arrested a top Daesh explosives expert sought by the United States, who had been planning to carry out attacks, including U.S. targets in Turkey, reports said Monday.

Egyptian-born Abdul Wahhab Sofi Mahmoud, who worked for the Daesh terrorist group in Syria, was detained with three others in Istanbul’s Esenyurt district after fleeing Syria, according to the indictment prepared by the prosecutor’s office.

The 22-year-old specialized in making suicide belts and various explosive devices and was providing bomb-making and chemistry lessons to Daesh terrorists online.

The Istanbul prosecutor’s office is seeking 22.5 years in prison on charges of membership of a terrorist group.

He was detained on a tip from U.S. intelligence services, who have been tracking his movements, media reports said, adding that he is believed to have been plotting attacks inside Turkey, including against U.S. interests.

Al-Baghdadi was killed in a U.S. military operation in Syria in 2019. Reports said that Turkish intelligence played a key role in the death of al-Baghdadi by detaining and extraditing one of his aides to Iraq, who provided U.S. authorities with critical information for locating the vicious man.

Being one of the first countries that recognized Daesh as a terrorist group in 2013, Turkey has been frequently conducting domestic and cross-border operations against the group for years in order to eliminate a major global terrorism threat. In 2021's domestic operations, 145 of those 850 – which includes several senior figures – have been imprisoned and some of them have also been repatriated. In addition, documents and ammunition belonging to the terrorist group were seized during these operations.