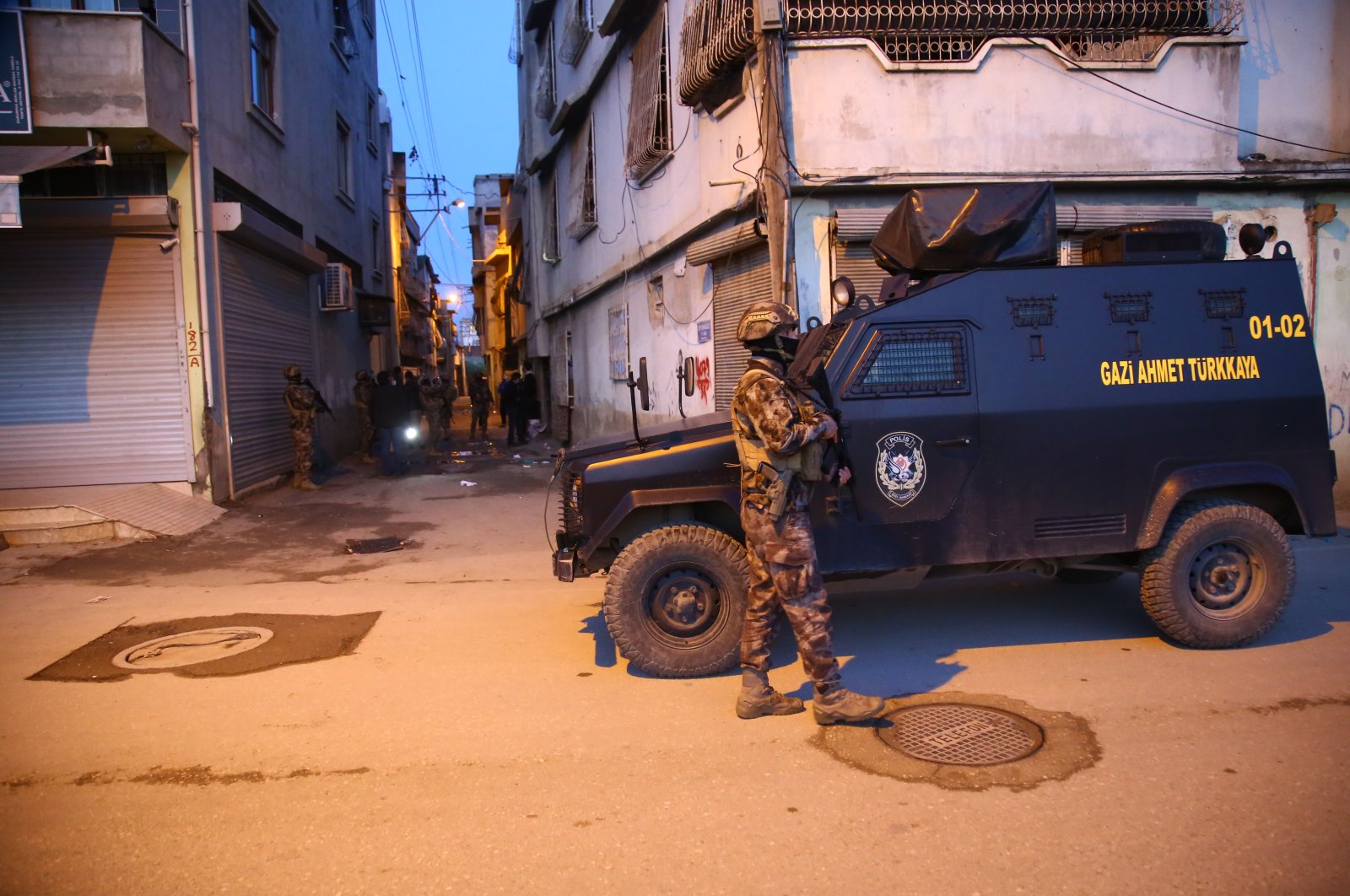 Being one of the first countries that recognized Daesh as a terrorist group in 2013, Turkey has been frequently conducting domestic and cross-border operations against the group for years in order to eliminate a major global terrorism threat. In 2021's domestic operations, 145 of those 850 – including some senior figures – have been imprisoned and some of them have been also repatriated. Also, documents and ammunition belonging to the terrorist group were seized during these operations.

One of the senior figures nabbed in Turkey's northwestern Sakarya province revealed in February that Daesh terrorists in Turkey have been disguising themselves as nonreligious, alcohol-consuming individuals to evade police scrutiny.

Turkish security forces nabbed Jordanian national A.Z.A.A.D., a suspected high-ranking Daesh member, in Sakarya. He was the so-called “deputy minister of education,” responsible for all of the terrorist group’s educational institutions in regional Daesh strongholds in Iraq and Syria from 2014-2017. The terrorist used a fake identity, shaved his beard off, tied his hair up in a ponytail and wore stylish outfits to conceal his true identity, the investigators said. Like the Jordanian national, other Daesh terrorists in Turkey also opted for a secular image and embraced an anti-social lifestyle to minimize contact with the outside world. Authorities also indicated that the terrorist group used social media outlets for their propaganda. For instance, A.Z.A.A.D. allegedly published images of people that were brutally killed by Daesh in support of the group’s propaganda.

As part of Turkey's ramped-up efforts to repatriate foreign terrorists, the Interior Ministry said on Nov. 9, 2019, that the country would begin extraditing captured Daesh terrorists to their home countries. According to the Turkish Foreign Ministry, at the time, there were more than 1,000 foreign terrorist fighters in Turkey’s repatriation centers, almost 780 of whom were deported back to their countries of origin in 2019. Ankara expressed multiple times that by being returned to the European Union, the detainees might be prosecuted and thus prevented from being further radicalized in camps filled with fellow former combatants.

Turkey's belief that foreign-born terrorists should be returned to their countries of origin has caused controversy in other places, especially Europe, where many countries refuse to accept the terrorists. Although the 1961 New York Convention made it illegal to leave people stateless, several countries, including Britain and France, have not ratified it, and recent cases have triggered prolonged legal battles. Despite the resistance from many European countries, Turkey has continued to deport foreign fighters all around the continent, including to Germany, Finland, Norway and Denmark.

At least seven more Daesh suspects were arrested in an anti-terrorism operation in southern Turkey, a security source said on Tuesday.

Anti-terrorism police teams in Adana province launched the operation to nab Iraqi and Syrian national suspects accused of operating in their countries for the terrorist group, according to a source who spoke on condition of anonymity due to restrictions on speaking to the media.

All seven suspects were arrested during raids at their addresses.

Although the terrorist group has been largely defeated in Iraq and Syria, its presence still poses a threat, as individuals following its ideology encourage others to carry out violence. European analysts have also warned against attacks by Daesh, as attacks by isolated individuals who are not under the watch of intelligence services have become more common.

Turkey has been a frequent target of Daesh terrorists who have committed suicide bombings, seven bombings and four armed attacks in the country. During these attacks, 315 people were killed and hundreds more were left injured. In response to the attacks, Turkey launched counterterrorism operations against the terrorist group both within and outside the borders of the country. These operations have intensified since 2016, and so far, thousands of suspects have been detained and arrested.