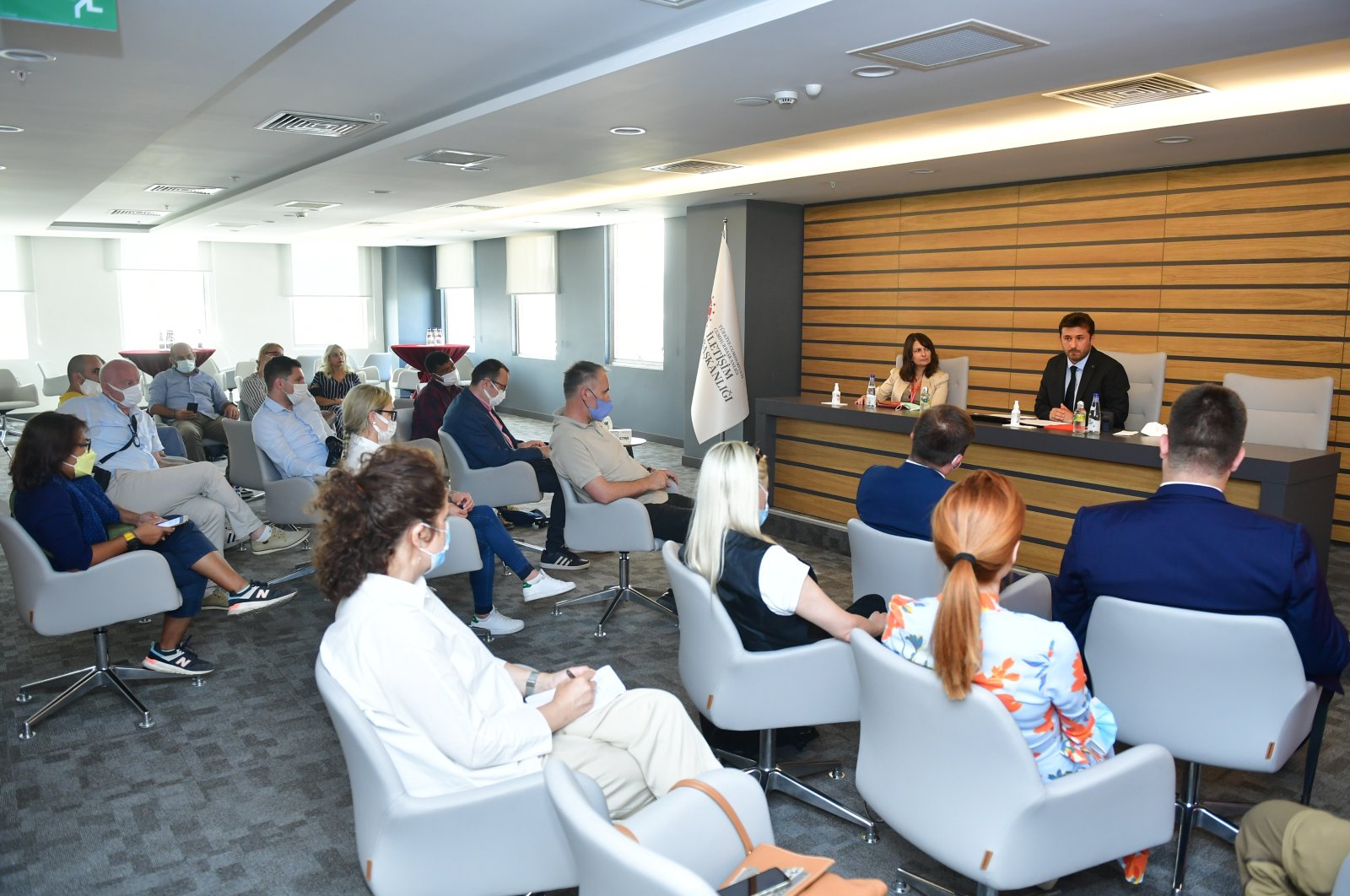 Turkey's Communications Directorate on Tuesday held a session with international journalists to inform them about the quelled coup attempted by the Gülenist Terror Group (FETÖ) in 2016.

As many as 18 journalists based in Indonesia, Serbia, Bosnia-Herzegovina, Bulgaria and Montenegro were part of the meeting held in the capital Ankara.

The directorate informed the members of the press how the coup attempt was suppressed by the democratic struggle led by President Recep Tayyip Erdoğan, in which the nation and the state joined hands.

Drawing attention to the group's illegal activities, it was emphasized to the participants that FETÖ is a serious threat to all countries.

Participants were also informed about the commemoration programs and projects held in Turkey and abroad since the defeated coup.

FETÖ – led by Fetullah Gülen who currently lives in the United States and is implicated in a long list of trials against the terrorist group – orchestrated the coup attempt with the aid of its military infiltrators and civilian members of the group in charge of said infiltrators.