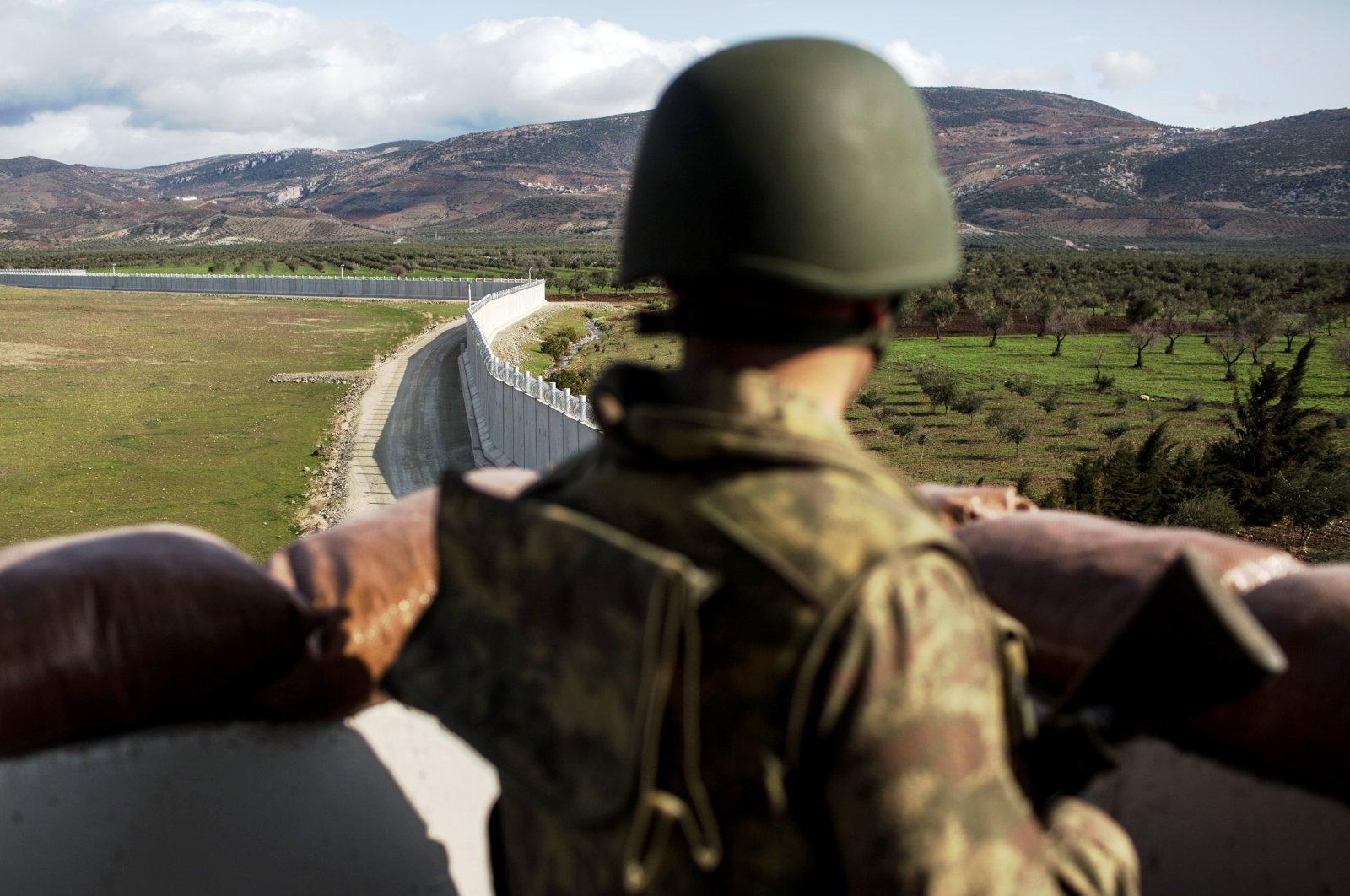 A Turkish soldier from the 1st Border Regiment Command looks out over the border wall to Syria during alert drills at a military outpost on the Turkey-Syria border, Kilis, Turkey, March 2, 2017. (Getty Images)
by daily sabah
Jun 01, 2021 12:08 pm

Turkish security forces busted a network recruiting terrorists for the YPG/PKK in Syria, while another terrorist laid down arms and surrendered near the border with Iraq, reports said Tuesday.

The network was dismantled after security forces captured two YPG/PKK terrorists as they were trying to illegally cross the border into Syria through Mardin province, Demirören News Agency (DHA) reported. The terrorists identified the ring which had been recruiting terrorists.

Counterterrorism squads then detained ringleader H.M. and other members, who stood trial for their crimes.

The ringleader and another member were arrested and sent to prison, while two others were released on judicial control.

The terrorist had joined the PKK in Iraq in 2008 and was active in the area, the Interior Ministry said.

The terrorist escaped from the terror group following persuasion efforts by Turkish gendarmerie and police teams, and surrendered to security forces after entering Turkey, the statement added.

The number of terrorists to have laid down arms through persuasion efforts this year now stands at 74.

Over the last four years, the number of PKK terrorists in Turkey has plunged 83%.