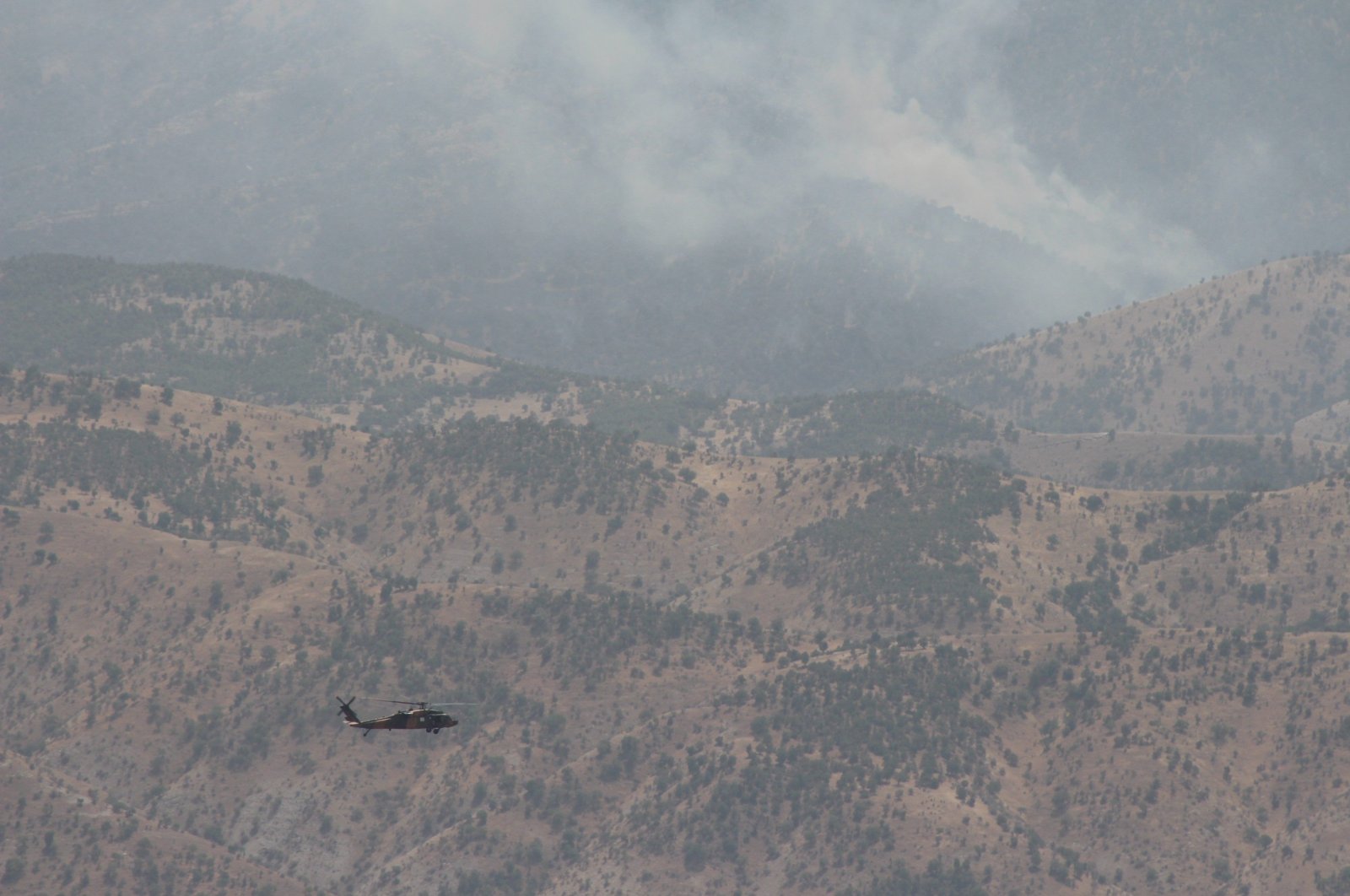 Aerial view of the Metina region in northern Iraq in this undated file photo. (IHA File Photo)
by DAILY SABAH
Jul 30, 2021 10:13 am

Turkey has carried out an air operation on PKK targets in northern Iraq’s Qandil, Gara, Hakurk and Zap regions, the defense ministry announced on Friday.

It stated that close to 40 targets consisting of caves, shelters, ammunition depots and so-called headquarters of terrorists were destroyed in the operation.

The Turkish military regularly conducts cross-border operations in northern Iraq. Turkey has long stressed that it will not tolerate terrorist threats to its national security and has called on Iraqi officials to take the necessary steps to eliminate the terrorist group. Ankara previously noted that, if the expected steps were not taken, it would not shy from targeting terrorist threats.