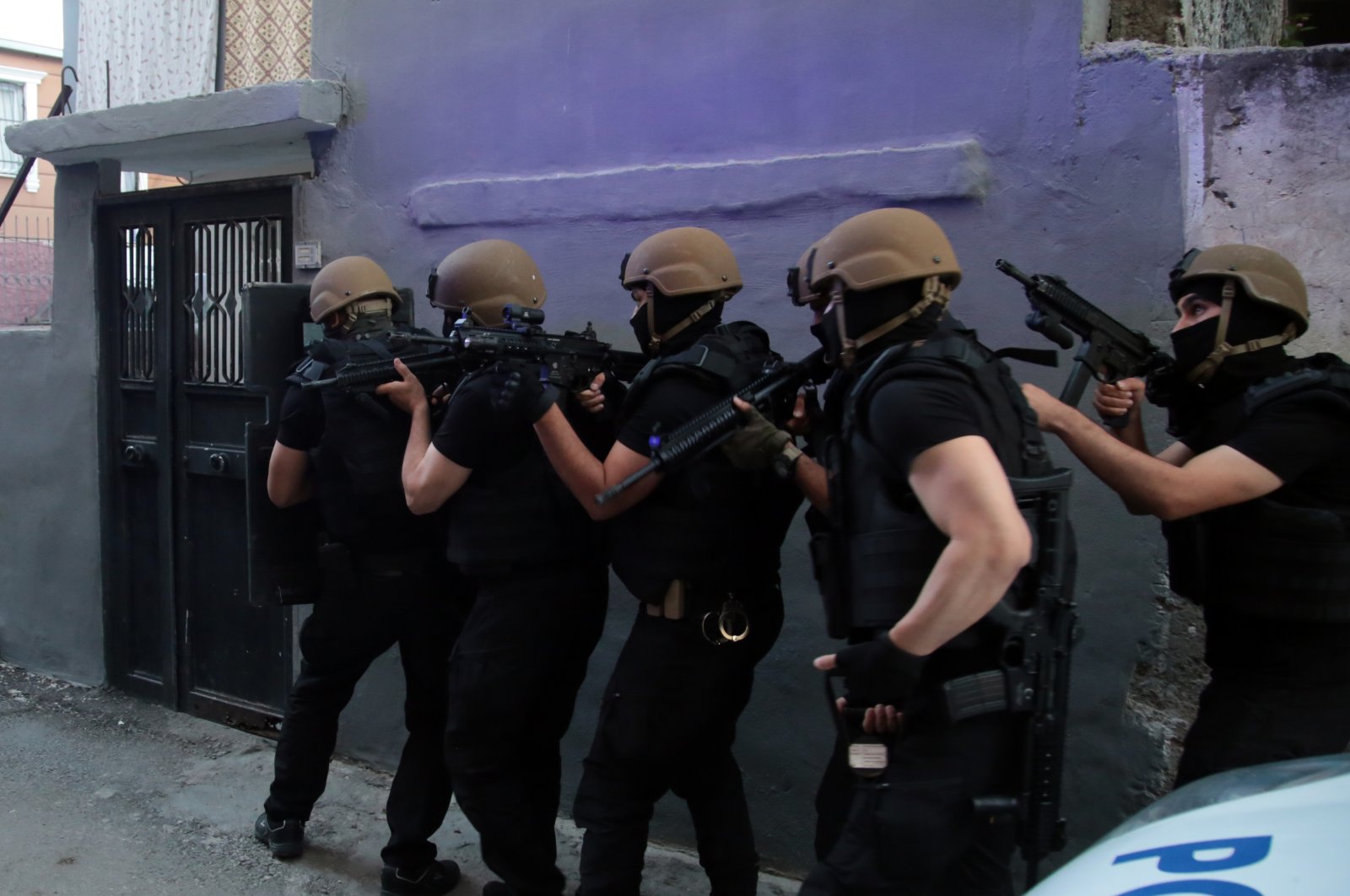 A counterterrorism squad prepares to raid the address of a suspected PKK terrorist in Turkey's southern Adana province, Monday, May 24, 2021. (AA Photo)
by Daily Sabah with AA May 24, 2021 10:14 am
RECOMMENDED

Turkish security forces detained at least 47 suspects over links to the PKK terrorist group in anti-terror operations in three provinces.

A total of 18 suspects allegedly linked to the PKK/KCK terrorist group have been arrested in Turkey's Adana, Şırnak and Tunceli provinces during simultaneous counterterrorism operations.

KCK is the umbrella body of the PKK terrorist group.

The suspects are accused of being members of PKK/KCK as well as committing vehicle arsons, throwing Molotov cocktails and handmade explosives.

Meanwhile, in a separate counterterrorism operation, a total of 29 suspects allegedly linked to the PKK have been arrested.

Police in Diyarbakır carried out simultaneous operations at 41 locations in the Kulp and Silvan districts as well as in Istanbul, Batman, Antalya and Tunceli provinces.

Among the arrested are former Batman Mayor Sabri Özdemir and HDP Diyarbakır provincial head Cabbar Leygara along with other provincials and HDP district managers.

Efforts are underway to arrest the remaining suspects.

The HDP has many times drawn ire for transferring taxpayer money and funds to the PKK. HDP mayors and local officials have been found to misuse funds in support of the PKK terrorist group and provide jobs to PKK sympathizers. Its mayors have been accused of undermining municipal services, allowing the PKK to dig ditches in the streets and launch attacks on police and soldiers when the terrorist group adopted an urban warfare strategy in July 2015 and ended a two-year reconciliation period. HDP municipalities and their staff were also found to be actively participating in terrorist attacks launched after July 2015.