'Turkey determined to establish peace, security all over country' 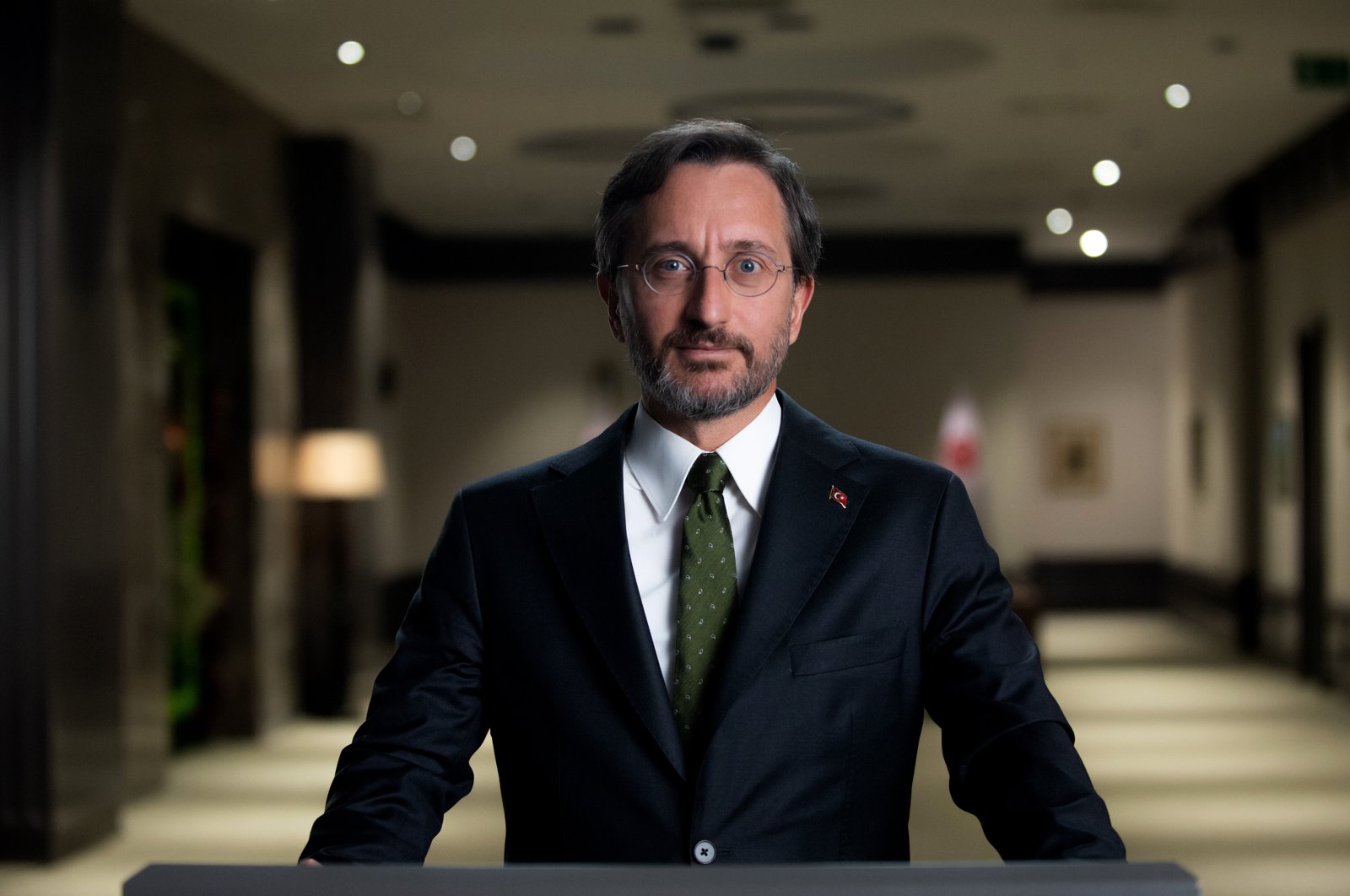 "Despite the treacherous terrorist organizations that have no sanctity, including children, we will continue to work with all our strength to establish peace and security all over our country," Presidential Communications Director Fahrettin Altun said Wednesday marking the seventh anniversary of the Oct. 6-8 incidents in which two police officers and 35 people were killed as a result of a riot started by supporters of the PKK terrorist group in Turkey, mostly concentrated in the eastern and southeastern provinces.

Altun shared the video prepared by the Presidency's Directorate of Communications for the seventh anniversary of the riots on his social media account.

Yasin Börü and his three friends, who were killed while trying to distribute meat to the needy in southeastern Diyarbakır province on Eid al-Adha, were also commemorated in the video, in which the events carried out by the supporters of the PKK on the pretext of northern Syria's Ain-al Arab on Oct. 6-8, 2014, following the call of the pro-PKK Peoples' Democratic Party (HDP) Central Executive Board.

In the video, the incidents were described as the "HDP's bloody provocation," and examples were also included from the statements of HDP executives supporting the PKK.

The HDP triggered a response from its supporters following the Daesh's attack in Ain al-Arab, resulting in mass incidents of violence in 35 provinces, 96 districts and 131 settlements on Oct. 6-8.

The clashes mostly have taken place between the pro-PKK protesters and the conservative Free Cause Party (HÜDA-PAR) followers, two groups that are in a feud since the 1990s. Using the incident as a way to renew tensions with the HÜDA-PAR, the PKK supporters attacked the party, which emerged from within the Hezbollah terrorist group back in 2012. As a group with a radical religious ideology.

At the end of the video, it said: "The Republic of Turkey continues to fight resolutely against terrorist organizations that have suffered major blows after dozens of successful military operations carried out beyond our borders and inside our borders since 2014. From Hakkari to Edirne, in peace and security in all four corners of the country, we commemorate our martyrs who sacrificed their lives for our lives with mercy and gratitude."

There are now fewer than 189 terrorists operating within Turkish borders, Turkey's Deputy Interior Minister Ismail Çataklı said Tuesday, adding that the figure has not been this low in decades.