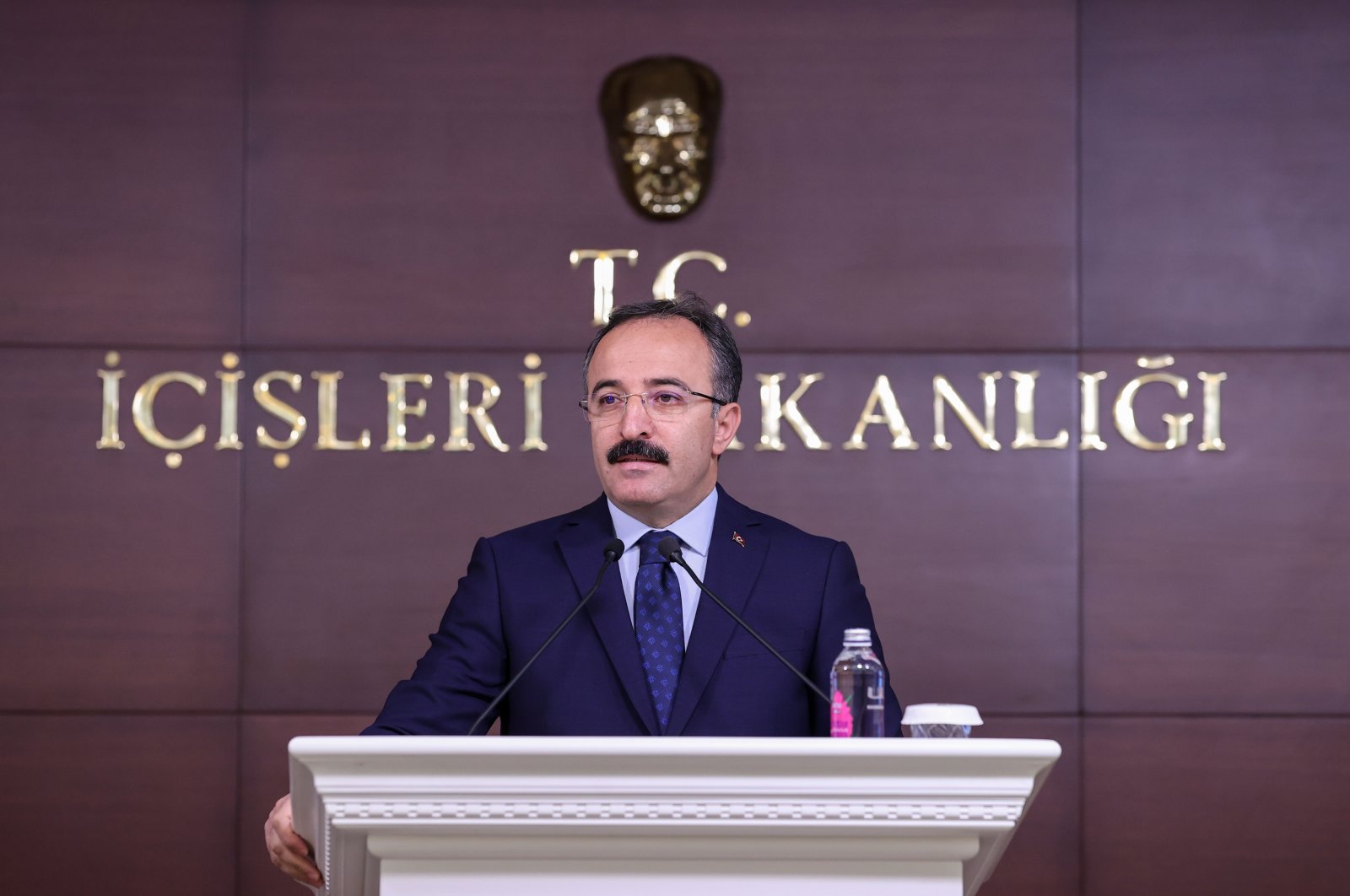 There are now fewer than 189 terrorists operating within Turkish borders, Turkey's Deputy Interior Minister Ismail Çataklı said Tuesday, adding that the figure has never been this low in decades. Turkish security forces eliminated a total of 95 terrorists in September, the minister also said.

Çataklı's remarks came at a monthly briefing in which he informed the media about the ongoing counterterrorism operations.

Çataklı said that Turkey's fight against terrorism would continue until the last terrorist was eliminated and that the country always needs to be vigilant against the threat of terrorism.

From April 15 to Oct. 1, during counterterrorism operations, a total of 10,850 operations were conducted by security forces and more than 125 terrorists were killed, he said, adding over 400 shelters used by terrorists were destroyed and a huge cache of arms and ammunition were seized.

As for the month of September, a total of 11,716 rural and 1,245 urban-based counterterrorism operations were carried out across Turkey, according to Çataklı, who said 95 terrorists, including five on the Interior Ministry's wanted list, were "neutralized."

Turkish authorities use the word "neutralized" in statements to imply that the terrorists in question either surrendered, were killed or captured.

Referring to the neutralized terrorists, he said 26 were killed and 54 were captured alive, one was captured in injured condition and 14 others surrendered to Turkish security forces. Among them are 69 PKK, 24 Daesh and two left-wing terrorist group members.

Turkish police Tuesday also arrested 16 people of foreign nationality in Istanbul for their suspected links to the Daesh terrorist group, according to security sources.

Counterterrorism police launched an operation to apprehend the suspects, who were accused of spreading propaganda for the terrorist group on social media and seeking financial resources and logistics for it.

Police busted 18 addresses in 10 districts to nab the suspects, said the sources on condition of anonymity due to restrictions on speaking to the media.

It has since been attacked by the terrorist group multiple times, with over 300 people killed and hundreds more injured in at least 10 suicide bombings, seven bomb attacks and four armed assaults.

The terrorists were targeted in air-backed operations in the vicinity of Operation Claw-Tiger and in the Zap area, the ministry tweeted.

It also shared the footage of the operations being conducted against terrorists in northern Iraq.

The PKK terrorist group often hides out in northern Iraq, just across Turkey's southern border, to plot attacks in Turkey.

The Claw operations are a series of offensives Turkey has carried out since 2019 against terrorist groups in northern Iraq, particularly the PKK.